November 17: Jan Adriaans (DAI, 2015) is showing his video work STAY at Programme 1 of Visions in the Nunnery at Nunnery Gallery, London 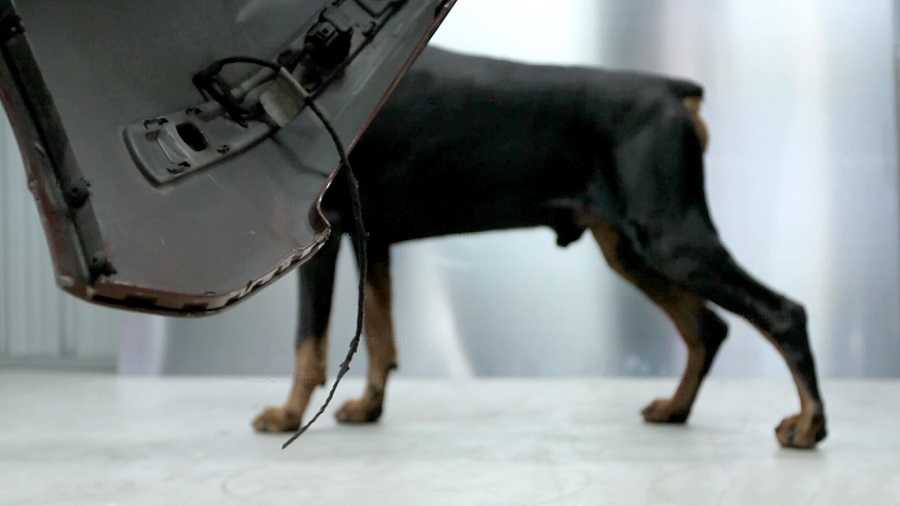 A selection of works from the Unnoticed Art Festival will feature in the Nunnery’s Programme 1, questioning social norms, behaviour and gesture. Created by Frans van Lent in Rotterdam, the festival showcases performances that hide themselves in everyday life. Work is explored that blends in with acceptable social and public behaviour, often because of the language used, and therefore sometimes goes unnoticed by passers-by. The concept and its actual performance are separated; the ideas are put into action by a group of volunteers.

Launching Visions in the Nunnery’s Programme 1, featuring Uriel Orlow, Mikhail Karikis, Ruth Novaczek and Tanya Syed, with works that that follow the meandering of special characters and their train of thoughts.

Three live performances will mark Programme 1's launch event. Philip Lee & Cally Trench present Peephole Hut where viewers will be presented with a hut with small holes and chinks in all four walls from which bright light will show. They will see Cally Trench and Philip Lee enter the hut dressed in formal clothes, and shut the door… In an exercise in looking and voyeurism, viewers will be invited to use the peepholes.

Calum F Kerr creates a fictional future, inspired by Ray Bradbury’s ‘Fahrenheit 451’, set in a time when self-portrait photographic images (known as ‘Selfies’) are forbidden by The Outerness; a mysterious force controlling humankind. This performance delineates the inner rebellion of an anti-Selfie policeman. After he confiscates five analogue photographs, he sees them as a possible escape from the anti-selfie law.

The nave and the Nunnery will be transformed with candles and sound in the video and durational installation/performance by Jacek Ludwig Scarso, elaborating on the iconic image of the Pieta and Pergolesi’s Stabat Mater, sung with soprano Maya Sapone.