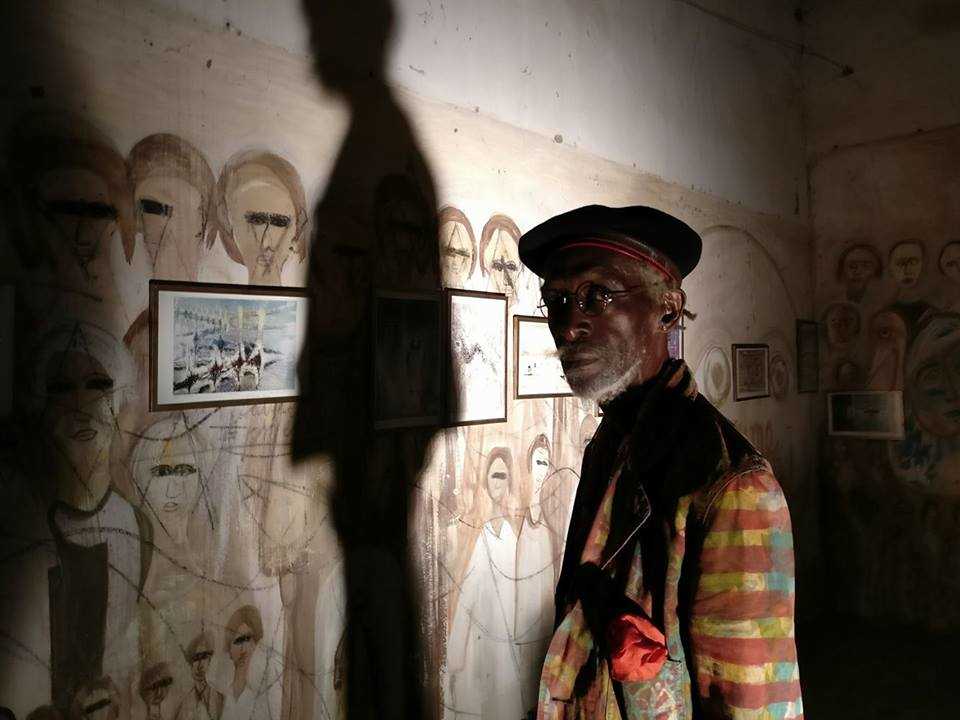 Issa Samb is Senegal's foremost conceptualist and was the first among the artists of Senegal to criticise Leopold Sedar Senghor's Negritude movement asking them to disentangle themselves from the political line established by the state patronage of the arts. Since long he has lived around a Banyan tree and a couple of Baobabs that grow in the last space on rue Jules Ferry and the Plateau where trees grows wild. It here where stays, tends to a garden and a laboratory of art where people make performances or collect detritus that turns into magnificent structures of dissent. Now facing eviction due to the sale of the property by the inheritors a movement is forming Dakar to prevent further gentrification of the area and preserve the heritage of a practice that formed itself into a living museum.

On the invitation of Koyo Kouoh, Director and curator of Raw Material Company 13 prints of Krishna Reddy take part in an exhibition at the Laboratory. They adorn a mural drawn by Issa Samb that has many faces with their eyes scratched out, Issa drew the mural without eyes to reflect on the many faces he encountered without substance , his assistant came by and made the eyes that were then scratched out with black ink again by Issa. Drawings that have letters from foundations in Europe that have written to Samb face Reddy's gravures. Reddy and Samb both have a particular interest in dissent , Reddy's Demonstrators 1968, makes the center piece, reminding us of a popular protest in Paris. Yesterday as a crowd of more than a 1000 people gathered in solidarity to the cacophony of performances and drums, one was reminded of Santiniketan between the dances. Reddy who was a close associate of J Krishnamurthy shared Samb's disdain of 'isms, political clubs and definitions of practice , both have remained multi-disciplinary practitioners ever since. Issa Samb performed the sculpture of the demonstrator as his shadow feel on Reddy's prints.