Van Abbe Museum from January 28 onward: FRAGMENTS [of a desire for revolution] by Lidwien van de Ven ~ In 2014 the Van Abbemuseum invited Van de Ven to carry out research into the colonial history of the Netherlands in Indonesia. 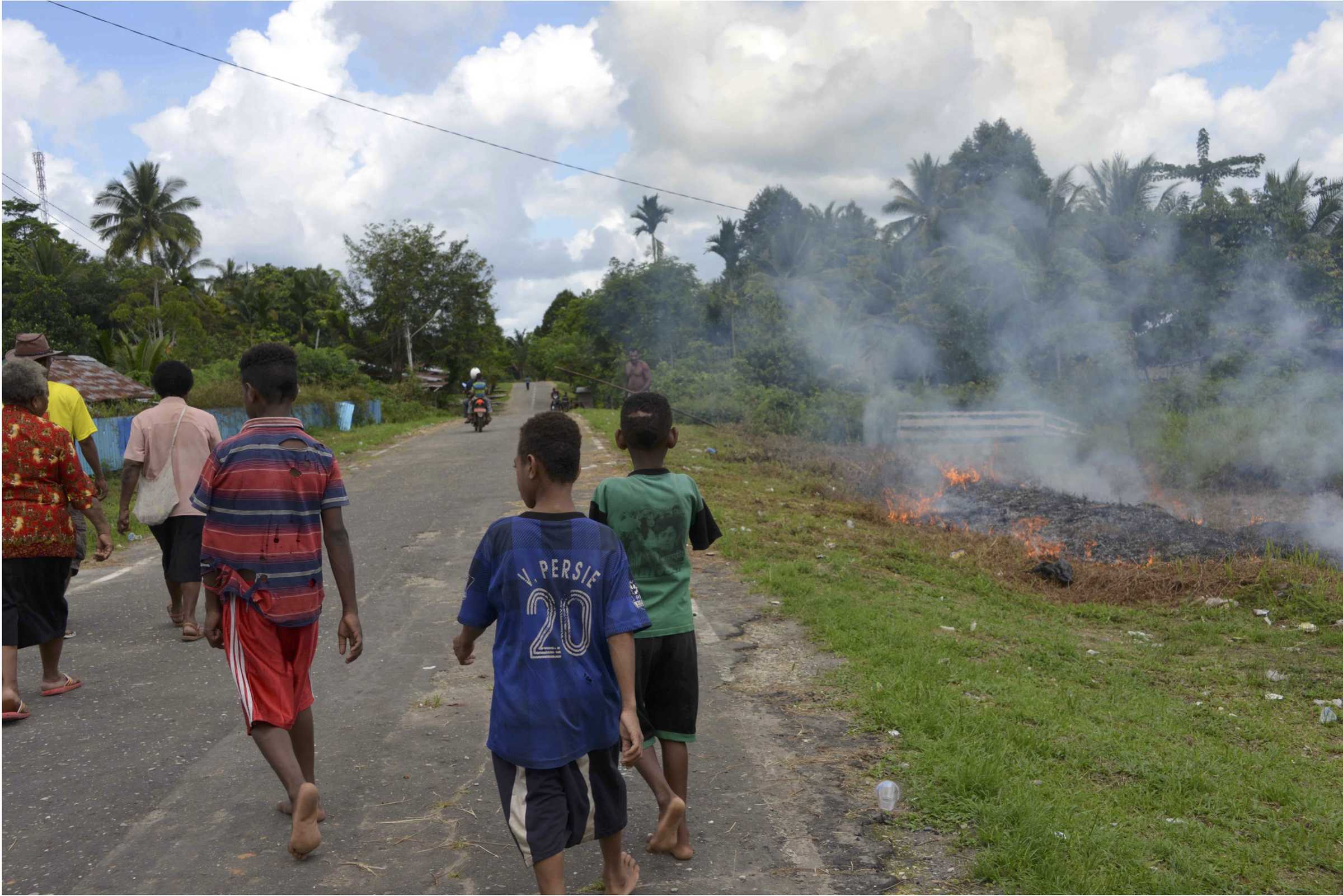 Lidwien van der Ven
FRAGMENTS
[of a desire for revolution]

From January 28, 2017 the Project Room in the exhibition The Collection Now will be dedicated to FRAGMENTS [of a desire for revolution], a new work by Lidwien van de Ven, commissioned by the Van Abbemuseum. In 2014 the Van Abbemuseum invited Van de Ven to carry out research into the colonial history of the Netherlands in Indonesia. The result is an ambitious installation comprising Van de Ven’s large format photographic works, alongside video and documentary material.

During an exploratory visit in 2015 Van de Ven attended the 60th commemoration of the Konferensi Asia Afrika in Bandung, a meeting that in 1955 brought together 29 African-Asiatic countries to seek economic and cultural collaboration and to fight against colonial domination. One of the highlights in 1955 was President Sukarno’s opening speech. He raised questions, still relevant today, about identity and how we want to live together in a globalizing world. Also in 2015 the International People’s Tribunal took place in The Hague to examine the military coup in 1965 and the following mass murder of an estimated 500,000 to 1,000,000 communists, ethnic Chinese citizens and supporters of left-wing parties. This history remains sensitive and contested today.

Van de Ven explored the Dutch role in the history of communism in Indonesia and came across the inspirational role played by the Dutchman Henk Sneevliet who in 1914, founded the Indische Sociaal-Democratische Vereeniging, which later became the communist party in Indonesia, PKI. It was opposed by the Dutch colonial powers, which suppressed the development of communism and its aim for independence. When the communist uprisings of 1926/1927 against the colonial oppressors failed, the Netherlands responded by expelling the rebels to Boven Digoel (Upper Digul), a remote area, 500 kilometre up the Digul-river in Papua New-Guinea, where the Dutch founded the internment camps, Tanah Merah and Tanah Tinggi. Van de Ven’s presentation builds around this location.

In present-day Tanah Merah she looked for traces of the former internment camp, whose history for many has been virtually forgotten. She mapped its history with the help of different sources, like the publications by I.F.M. Salim, an exile who was interned in the camp from 1928 to 1943, and by L.J.A. Schoonheyt, who worked in the camp as a doctor from 1932 to 1934. Further archival research in the Netherlands and Jakarta provided additional perspectives. The first exiles were expelled using the so-called Exorbitant Rights of the Governor General to circumvent the judiciary, which also implied that appeal was not possible. Papua was infamous for the many diseases as malaria and black water fever, which were rampant, and for the presence of cannibals. Surviving there was a struggle. Although stories about the terrible living conditions in the camp reached the Netherlands in the late 1920s, the camp was not abolished. Only in 1943 were exiles evacuated to Australia, following the threat of the Japanese occupation and the fear of the Dutch authorities that the exiles might collude with the Japanese. A few of the remaining buildings were in the 90s designated as a historical monument to commemorate the struggle for independence.

Lidwien van de Ven is known above all as a photographer. She is interested in parts of the world where important social and political changes are taking place. These are also places in which often the complex reality is shunned and reduced to stereotypes. Van de Ven is curious to look into this process. She digs around for the meaning of traces of the past and the present, rather like an archaeologist. She looks for the almost invisible and intangible moment at which contemporary reality unfolds and tears appear in the fabric, which allow for new interpretations and perspectives. She translates this process into photographic works and installations with an extremely detailed composition. Lidwien van de Ven lives and works in Rotterdam and Berlin.