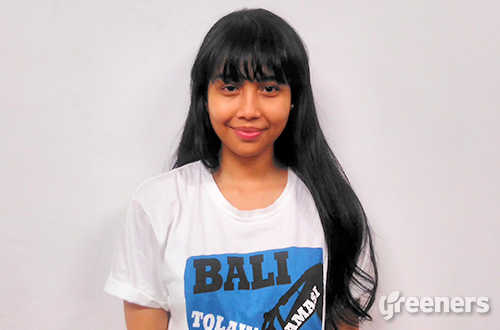 Saras Dewi is a Philosophy Professor and former head of Philosophy Undergraduate Study at University of Indonesia (2011-2016). She has written in various reputable Indonesian journals concerning literature, feminism, human rights, eastern philosophy and environmental ethics. She has been consecutively chosen as the judge for a prestigious literary award called Khatulistiwa Literary Award in Indonesia and is also a member of the steering board for the Asean Literary Festival, which promotes discussion and awareness of the importance of literary communication amongst ASEAN nations.

Saras Dewi has published her works including an anthology of poems called Jiwa Putih (White Soul), philosophy books such as Hak Azasi Manusia (Human Rights) and Cinta Bukan Cokelat (Love Is Not Chocolate). Her recent publication is from her Phd dissertation, titled: Ekofenomenologi (Ecophenomenology).

Dewi is also an environmental activist, involved in struggles against the Benoa Bay Reclamation project (Bali Tolak Reklamasi Teluk Benoa), an unsustainable mega tourism infrastructure that threatens the ecological and spiritual balance of Balinese life. She is also fighting alongside the women farmers of Kendeng Mountain in Central Java preserving their land against the cement industry. Saras lives in Jakarta and Bali, and currently teaches Philosophy of Literature, Ecological Philosophy and Eastern Philosophy at the University of Indonesia.