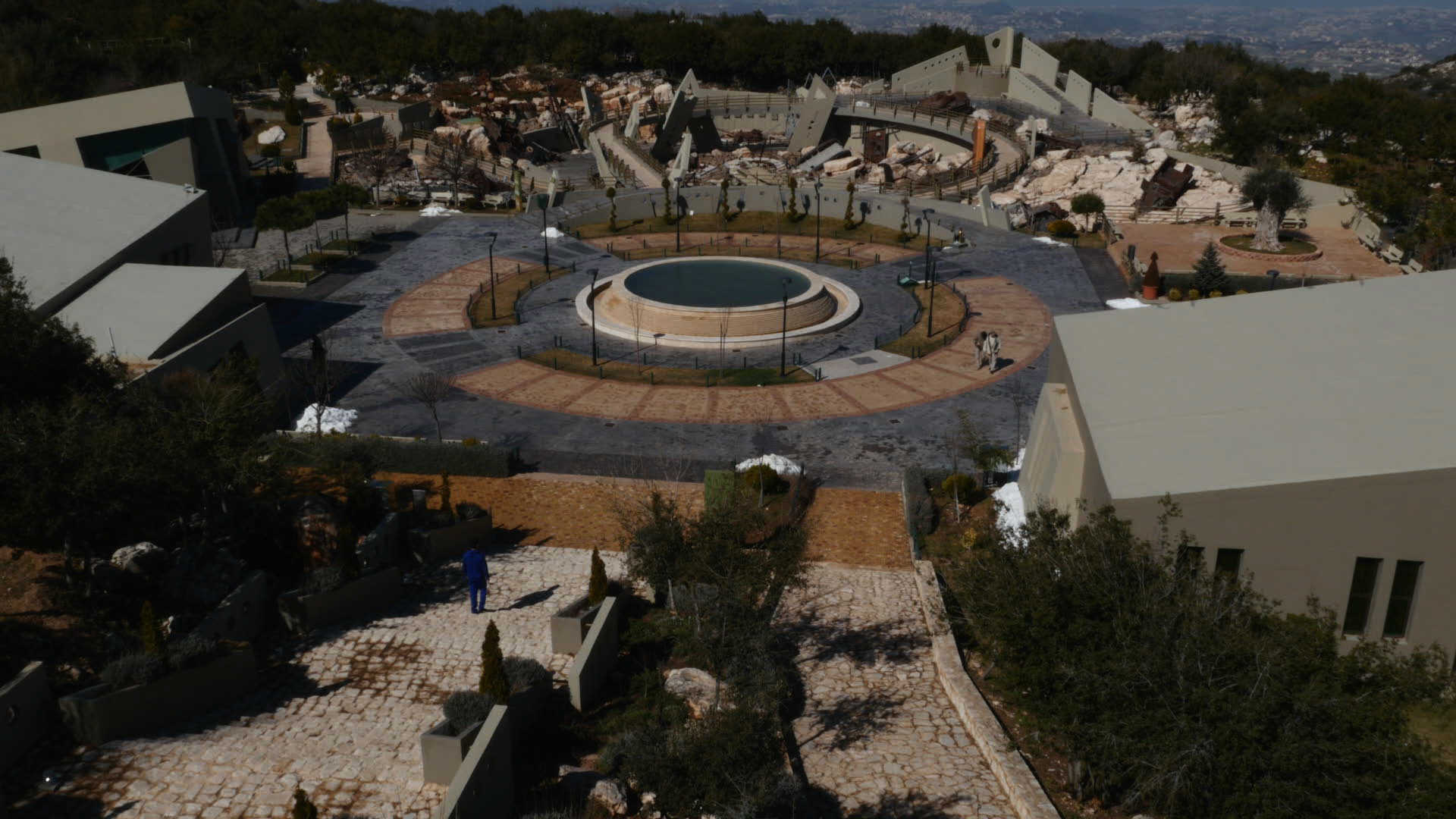 The architecture of post-war reconstruction is always something profoundly ideological, almost as violent as the destruction of war itself. Such is the case of the architecture that arose in Lebanon after the wars of the last decades, whose visual politics filmmaker Sandra Schäfer questions in her project Constructed Futures. Her two channel video Mleeta visits a mountain in Southern Lebanon that was once a Hezbollah safe haven and now is home to the “Museum of Resistance,” a propagandistic re-enactment that reproduces scenic and military scenarios, integrating guns and other weapons. Her four channel video Haret Hreik visits the neighborhood where Hezbollah has its headquarters and supporter base – bombed extensively during the 2006 war with Israel, but rebuilt to be “even more beautiful.” Schäfer’s videos trace the rebuilding’s visions and concept, analyzing its production of space and its construction of memory. After the screening, Schäfer joins filmmaker and composer CHRISTIAN VON BORRIES and critic CHRISTIAN HÖLLER in conversation. Das Gespräch wird moderiert von BAHAR SANLI.

Venue: Filmforum at the Museum Ludwig, Bischofsgartenstraße 1, 50667 Cologne
Ensuing talk in German
In cooperation with the ifs internationale filmschule köln