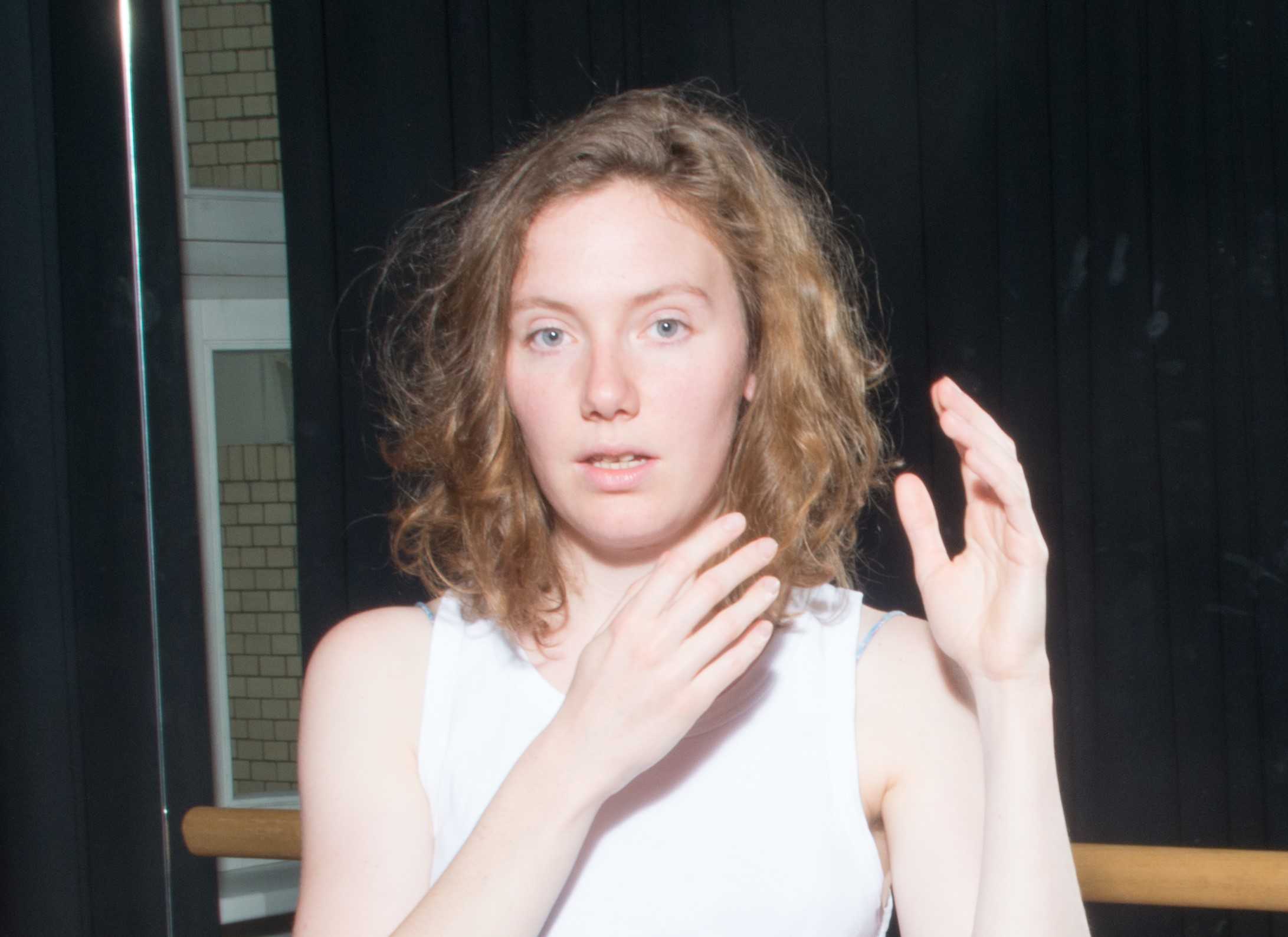 Cécile Bally is a Berlin-based choreographer who graduated in dance and choreography from the HZT Berlin (Inter-University Center for Dance). She previously studied Economics and Management at the Ecole Normale Supérieure de Cachan and the Pantheon Sorbonne University in France, and wrote a master thesis in decision theory on how ideas emerge and are negotiated in dance rehearsal processes. Her artistic work is creating connections in between these two backgrounds and to interrogate, with humour but always methodically, the place of rationality and magic in performance. Her work has been shown in Sophiensaele, Uferstudios Berlin, Bauhaus Dessau, Dansehallerne Copenhagen and Veem House for Performance Amsterdam, among other venues. In 2015, she received the Nachwuchsförderung of the Goethe Institut for her solo An organizational study, that's my work.

As a performer, she has worked for Martin Hansen, Clément Layes, Asaf Aharonson and Alex Martinis Roe among others. Upcoming is The Sleep of Reason which will premiere in Tanztage Berlin in January 2017 and for which she received the Einstiegförderung of the Berlin Senate Chancellery for Cultural Affairs.