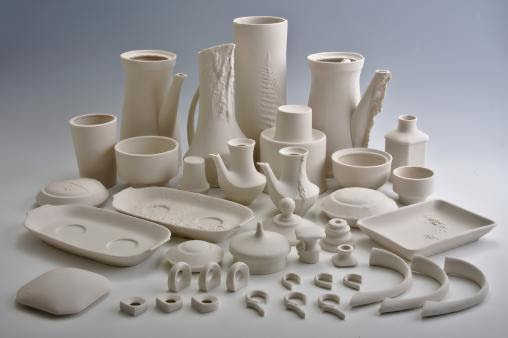 The artists Iratxe Jaio and Klaas van Gorkum have formally submitted a loan application for the original archaeological artefacts from the site Iruña-Veleia to the Basque Government, in order to have them displayed in Artium, the Museum of Contemporary Art in Vitoria-Gasteiz. This would require a physical displacement of only 300 meters, yet produce a radical change in discursive context.

These archaeological artefacts are inscribed with what was alleged to be the earliest recorded writing in the Basque language. They have never been exhibited in public, however, as a result of the enormous controversy that ensued when they were declared false by a committee of experts from the University of Basque Country. They are currently under custody of Bibat, the archaeological museum of Alava, pending legal verdict on the question whether fraud has been committed.

In anticipation of the final decision by the authorities, the artists have invited several guests to reflect on the hypothetical collaboration between the two museums. The symposium has been devised as an encounter between artistic, scientific and political sensibilities. Each contributor will present a perspective on the archaeological evidence that moves beyond the false-authentic binary, and invites us to reflect on the implication of the public in the institutional processes that determine the fate of their own material culture.

More information about the program at parallalports.org

We have realized a new production for this exhibition: "Still life with recipients", an installation with objects of porcelain, cast from molds that were recuperated from an abandoned factory near Donostia-San Sebastián. This project is the third case study in our artistic investigation of the factory as a paradigmatic site of the twentieth century. Just like in our previous projects, “Producing time in between other things” and “Work in progress”, we approach the factory with a research method that is analogous to experimental archaeology. That is to say, we aren’t merely interested in studying historical remains and forgotten artefacts for their own sake, but aim to activate them and reconstruct the ephemeral processes they were once a part of.