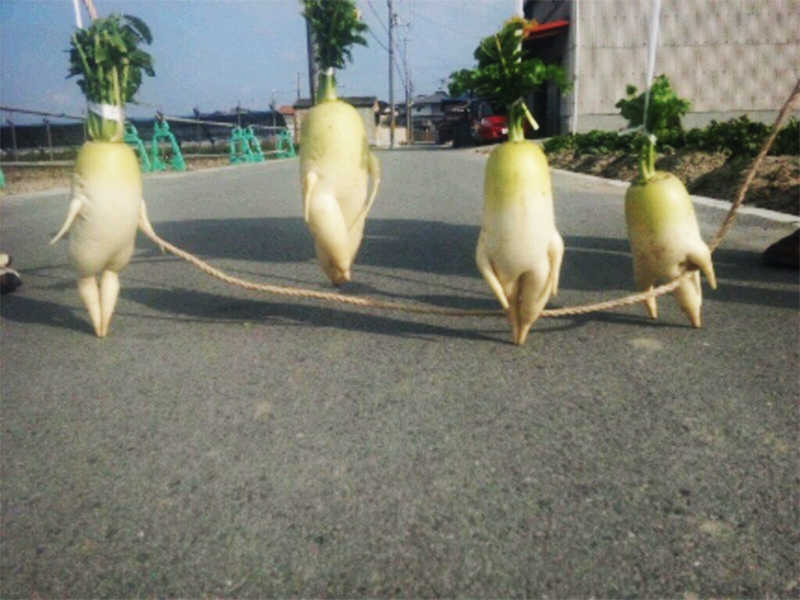 Daikon (大根, literally “big root”), also known by many other names depending on context, is a mild-flavored winter radish (Raphanus sativus) usually characterized by fast-growing leaves and a long, white, napiform root. Originally native to Southeast or continental East Asia,[8] daikon is harvested and consumed throughout the region (as well as in South Asia).

This programme is the result of several conversations with students and tutors who have shown interest in creating film sessions during DAI-weeks, through which it is possible to open the discussion regarding the possible readings of each film: How to Do Things With Fiction (framework of this proposal). Therefore, we have organised four sessions during the upcoming year, with which to have great nights with drinks, popcorn and speculative long conversations.

Intersecting ‘speculation’ with ‘fiction’ as a productive or worldmaking mode brings us into the region of speculative fiction. Or, ‘science-fiction’, a genre endowed with specific aesthetic and conceptual powers to shift the reference base for understanding this shared but disjunctive moment.

The proposal, coordinated by Sergi Selvas, together with Marina Vishmidt, is open for any suggestion of movie, text or theme, in which all students, alumnis and tutors are invited to participate.

HOW TO DO THINGS WITH FICTION