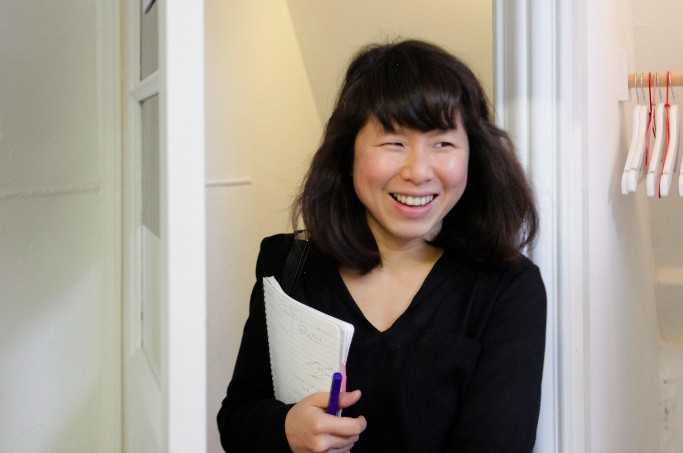 After a revolution, what is left? How do we measure the quality or success of a socially driven art project that desires social transformation? How does a project fulfill its artistic or curatorial intents? How does a project relate to social movements? Where is a place of art in a paradigm shift? Binna Choi, Director, Casco – Office of Art, Design and Theory in Utrecht, the Netherlands, discusses the above questions, taking three major projects she co-developed at Casco in the last years: The Grand Domestic Revolution, a “living research” project inspired by late nineteenth-century “material feminist” movements in the United States that experimented with communal solutions to isolated domestic life, work, and intervention with urban planning; Composing the Commons, a research trajectory on the notion and practice of the commons; as well as her recent curatorial work for the Gwangju Biennale initiated in the aftermath of the 18 May democratic uprising that took place in Gwangju in 1980.

Binna Choi (South Korea/Netherlands) is Director of Casco – Office for Art, Design and Theory, Netherlands where she employs art and art institutional practice as a way to build a (micro) society in tandem with social movements. At Casco she has conceived and co-developed numerous long-term projects such as Composing the Commons (2013-2015) and Grand Domestic Revolution (2009/2010-2013). Her most recent curatorial projects include the three-day seminar Cultivate or Revolutionize? Life Between Apartment and Farmland (with Nikita Choi, 2014) at Times Museum, Guangzhou, China; the summer school and exhibition Group Affinity (with Bart van der Heide, 2011) at Kunstverein Münich, Munich, Germany; the 11th Gwangju Biennale, The Eighth Climate (What Does Art Do?), (2016), Gwangju, South Korea. As part of her practice, she also engages with writing, editing, publishing, and contributes to discursive platforms with lectures, discussions, and workshops. Choi is a faculty member at the Dutch Art Institute  in Arnhem, Netherlands.