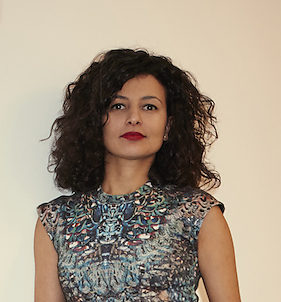 Fatos Ustek is a London based independent curator & writer.

Fatos Ustek is recently appointed as curator of Art Night 2017, with artistic direction of Whitechapel Gallery in association with Unlimited Productions. She is currently editing the fig-2 publication, that commemorates 50 projects in 50 consecutive weeks that she curated in 2015 at the Institute of Contemporary Arts, London. Formerly, Ustek acted as associate curator for the 10th Gwangju Biennial, South Korea.  Ustek is on the Block Universe Advisory Board; member of AICA UK, an ICI Alumni, and part of the Curators Network. Other curated projects include An Opera in Five Acts at DRAF, London as well as an exhibition trilogy entitled Now Expanded that took place at Kunstfabrik, Berlin; Tent, Rotterdam and DRAF, London.

She contributes regularly to international art magazines and has edited and authored numerous publications and exhibition catalogues.  Acting as a founding editor of Nowiswere Contemporary Art Magazine between 2008-2012, Ustek was also the editor of Unexpected Encounters Situations of Contemporary Art and Architecture (Turkish Only, 2012) published by Zorlu Centre, Istanbul.  She is also the author of Book of Confusions, 2012, published by Rossi&Rossi, London.