September 8: Mounira Al Solh ~ I Want to be a Party ~ Opening reception and performance at Sfeir-Semler Gallery in Hamburg 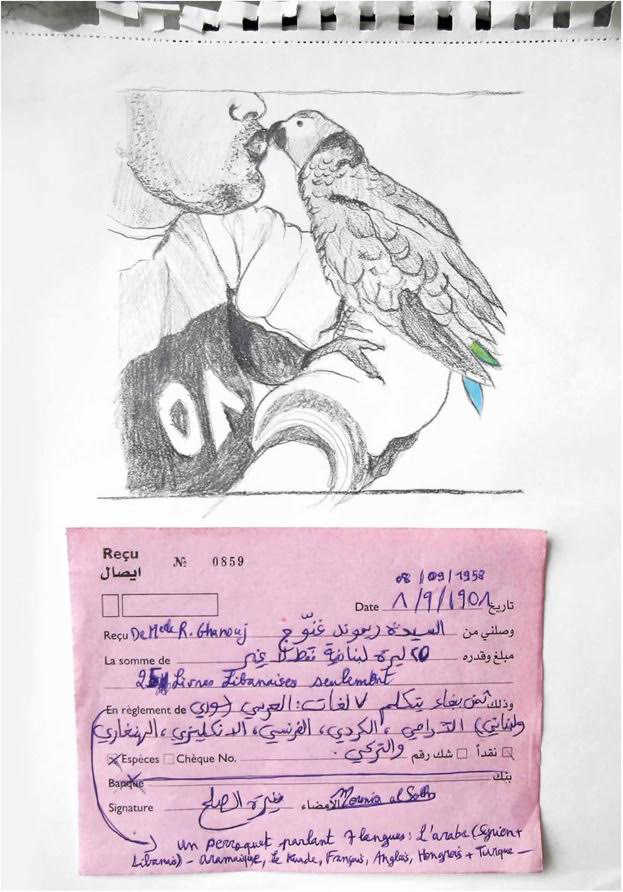 Sfeir-Semler Gallery in Hamburg is happy to announce the opening of the solo show by Lebanese artist Mounira Al Solh taking place on Thursday September 8th, 2016, from 7 to 9 pm in presence of the artist, with a special song performance, Jasminum Zajal, with singers Abo Gabi und Luai Ahmad at 8pm.

Born in Beirut in 1978, Mounira Al Solh works with wide range of techniques such as video, painting, embroidery, photography, performance and installation. The artist tells stories of migration, assimilation, and disassociation. She focuses on her Lebanese-Syrian heritage, and the socio-political and religious conflicts that have led to both nations’ diaspora. Despite the weight of the issues, her approach is humorous and self reflective, the aesthetics of her works fictional and fantasized.

The exhibition, I Want to be a Party, revolves around the video A la Santé des Alliés (2015). The film recounts the potentially endless variations of the beginning of a film on the meeting between the artist’s Syrian and Lebanese ancestors. The family story, told from the different perspectives of her relatives, reveals layers of sub-stories and parallel events, most notably of Lebanon and Syria during the pan-Arab movement of the 50s and 60s and of the Lebanese war (1975 – 1990). The fate of her own family is reflected in the current regional reality, and in her paintings and embroideries. The works depict current Facebook pages selling used items to Syrians and locals in Lebanon. The second-hand Facebook market exposes the ongoing impact of the war on the people, who still have not recovered from past wars and yet are suffering from the current ones and those to come. The artist combines the items from second-hand social media pages with objects that were dear to her family members, but had to be sold for financial needs, merging her history with the histories of the region.