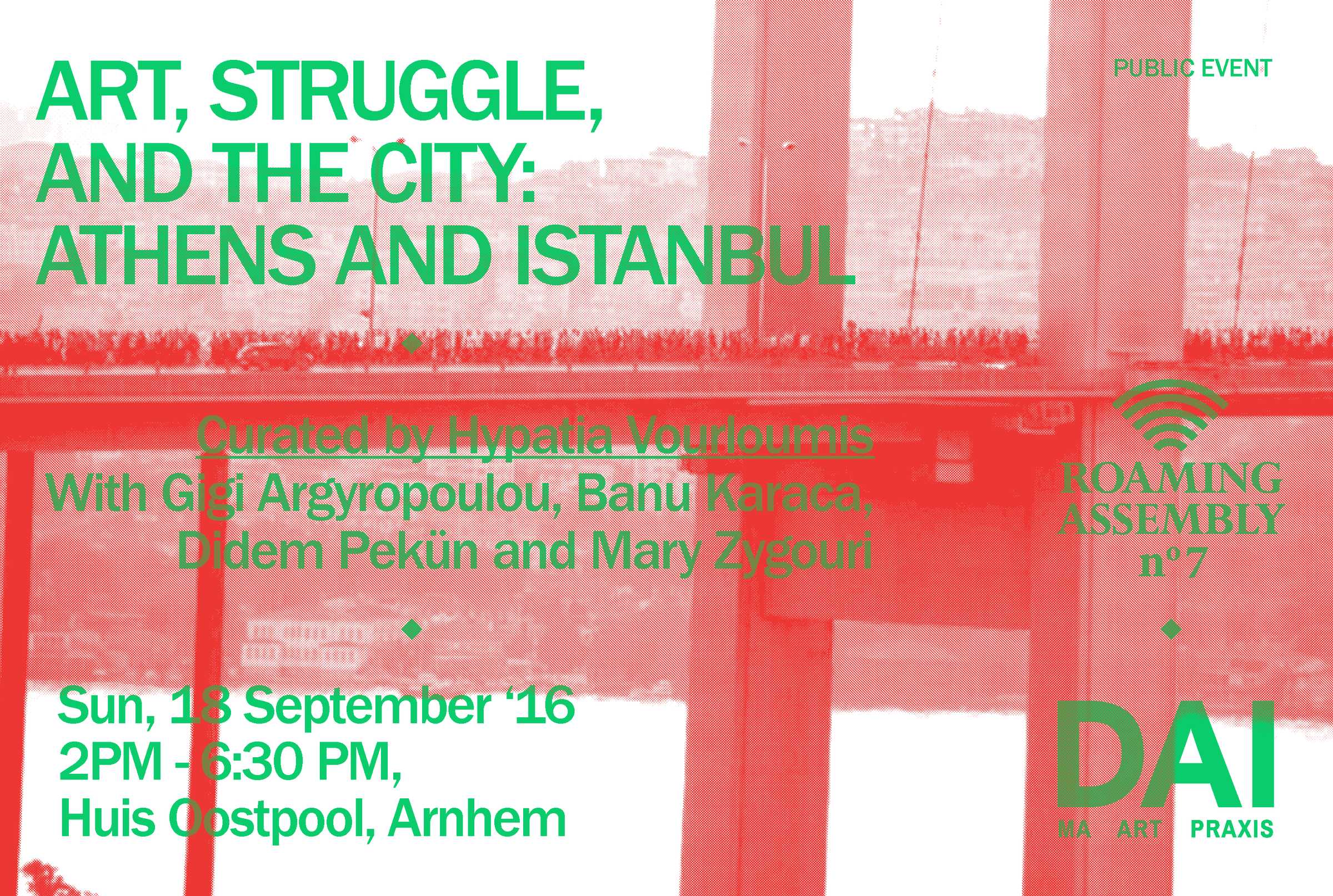 At the beginning of DAI-year 2016-2017 you are warmly invited to join us in Arnhem on Sunday, September 18 for Roaming Assembly#7, a public symposium convened and moderated by Hypatia Vourloumis:

Art, Struggle, and the City: Athens and Istanbul

"Now we must examine the very terrain of the sensible on which artistic gestures shake up our modes of perception and on which political gestures redefine our capacities for action. I am neither a historian of art nor a philosopher of politics, but I work on this question: What landscape can one describe as the meeting place between artistic practice and political practice?" ~ Jacques Rancière

"How do we fashion a new political imaginary from fragmentary, diffuse and often antagonistic subjects, who may be united in principle against the exigencies of capitalism but diverge in practice, in terms of the sites, strategies and specific natures of their own oppression?" ~ Susan Ruddick

This Roaming Assembly will attempt to think through the difficult and challenging questions Jacques Rancière and Susan Ruddick pose above regarding the relationship between artistic practice, difference, and struggles for social justice across multiciplitous borders and urban contexts.

We will approach these age old questions through a conversation between two different Mediterranean cities: Athens and Istanbul.

With the participation of:

an introduction to the symposium by curator Hypatia Vourloumis

Re/fashioning the Limits of the Sayable by Banu Karaca

How to Think with Films? - Didem Pekün

Q&A between audience & the panel

Free admission to all, no reservations needed

assisted by Ricardo Liong-A-Kong and Jacq van der Spek (both DAI)  and the technical team of Toneelgroep Oostpool.

DAI wishes to thank Toneelgroep Oostpool for its generous hospitality.