A roaming gallery project called Salon that Isabelle Sully (DAI, 2017) has been working on has its next show opening in Melbourne on the 6th of August: Liang Luscombe ~ A tall painter 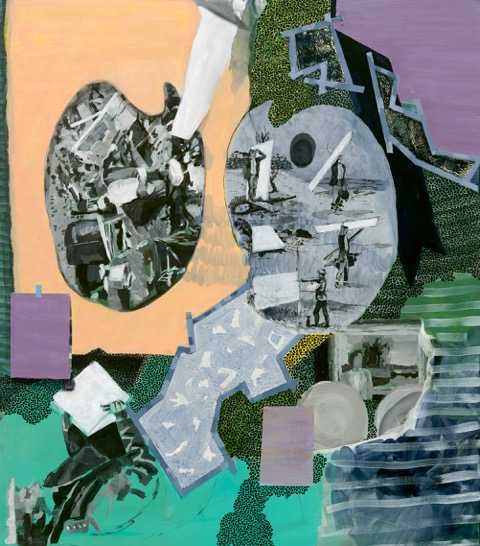 A roaming gallery project called Salon that I have been working on has its next show opening
in Melbourne on the 6th of August. If you are around, I hope you can join. We are excited to
share it with you, as well as food and drinks too of course! Press release attached below!

Heidelberg Artists Trail
Yarra Flats Park, The Blvd
Ivanhoe East 3079
Victoria, Australia
Melway 32 B6
​
As part of the opening celebration there will be two free shuttle buses leaving from the corner of Russell Street and Flinders Street that will take visitors to the Yarra Flats Park in Heidelberg. The buses leave from this location at 1.30pm and 3pm and will return vistors to Melbourne CBD an hour later.
​
The location is also accessible by foot, car (with parking available at the site) or you can catch Bus 903 towards Mordialloc from Heidelberg train station, which will arrive at the park in ten minutes.
​
Situated alongside the Yarra Flats component of the Heidelberg Artist Trail, Melbourne-based artist Liang Luscombe presents a series of outdoor paintings, which speak to the historical narrative that has been built around the looming figures of the Heidelberg School of the 1890s. Collaging and contrasting newspaper cartoons, exhibition invitations and photographs of the Melbourne that these artists inhabited, Luscombe contemplates the lineage and myth-making surrounding painters such as Arthur Streeton, Tom Roberts and Fredrick McCubbin in relation to conceptions of the figure conducting plein air. In this way, A tall painter not only sits alongside but also speaks alongside the Heidelberg Artist Trail – a walking trail that physicalises the chronology of the Heidelberg School through its bordering landscape – reactivating it as a place to reflect on questions surrounding the construction of cultural histories in Heidelberg; and in Australian painting more broadly.