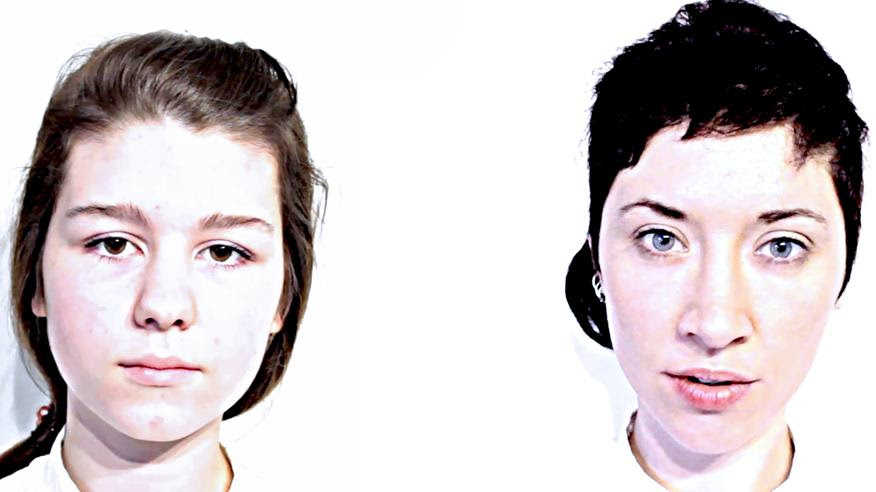 It is July 2016. Over the last year Ireland has experienced a number of political milestones, including landmark referendum, a hung Dáil and a growth in social campaigning and protest. While our economy grows, there are ongoing crises in heath and housing. Squatters and families are evicted as the housing market recovers. Commentators say we are politically complacent.

Keeping this context at the forefront of their minds, five artists were invited to consider female solidarity, work, economy, protest and how to negotiate life in Dublin as an artist and a woman in 2016. The art works that result come from a context of crisis, injustice, disappointment, and yet they show humour, warmth, solidarity, generosity. They are diverse but share common interests. These artists are concerned with the things that structure our lives, housing and home, partnerships, conventions, politics, and our sense of ourselves. The exhibition features a number of integral artistic performances and meetings and invites audiences to return and gather at these events.

‘My Brilliant Friend’ was conceived as a kind of psychogeography, charting particular experiences of a place at a given moment. The title is taken from the first in a series of four novels by Elena Ferrante. In this series, two friends grow up together in post war Naples. Every aspect of their lives is detailed; where they live, their relationships, their education and above all how they relate to each other and how they make art under difficult circumstances. While the artists in this exhibition were not asked to directly respond to Ferrante’s novel, it served as a form of roadmap for thinking about female solidarity, friendship and creativity.

Thinking about women’s role in public life in the run up to 2016’s general election, Michelle Browne researched why women go into politics, what are their motivations and who are their role models. Her work, Mná na hÉireann, looks at women’s engagement with public political life in Ireland. Made during the time of the introduction of gender quotas for selection of political candidates in Ireland, Browne interviewed a variety of women who are or have been candidates or public representatives in Ireland to gain insight into their motivations for getting involved in politics. Browne looks at the continued existence of article 41.2 in the constitution designating the special place of women in the home, considering the home as a site of political activity by highlighting campaigning or activism undertaken from the home by women. Mná na hÉireann is a non-partisan look at women's engagement in politics, to celebrate the many women who have contributed to the political life of this nation.

Avril Corroon’s video work Fresh Paint on the Walls, is a satirical take on the private rental market, gentrification, and the increasing difficulty of living in the neoliberal city. The voice-over narration theorises on the motives behind the capitalist and patriarchal landlord’s widespread use of magnolia coloured paint in rental accommodation. By revising the current rental market through the landlord’s absurd habits, Fresh Paint on the Walls estranges the reality of the situation where housing is seen as a commodity over social need.

Ella De Búrca’s work Saying is Believing is a double screen video installation examining the questions every female artist must pose to herself regarding the relationship between her gender, her past and her practice. In this piece the artist struggles with the future into which her work will travel, here represented by a 16 year old actor, experimenting with ratios of sound and silence to make her own reality felt, rather than merely understood.

“A level of deafness is the prerequisite of definition; though the past can be carried to us through text, it is not cognition so much as empathy that is required by the interpreter to ground this second hand experience in reality (I always used to roll my eyes when my Dad started speaking of the old country).”

Ella De Búrca will re-perform, with aerialist Elaine McCague, her work ‘The Pull’ in the TBG+S Atrium at 5.30pm on the opening night of the exhibition.

Considering ritual, tradition and the sacred, Performance artist and poet, Lisamarie Johnson has made a new performance work for the exhibition. The piece, entitled Soulcall, looks at spectacle and ceremony, and the changes in women’s roles and lives. Taking matrimony as a starting point and using dance moves based on the heart chakra and traditional song, the work merges the everyday rituals of social consumption and places the gallery on the peripheries of a marriage contract. Soulcall will take place at Fatima on the Luas Red Line at 5pm and in the gallery at 8pm on the opening night of the exhibition.

Laugh a Defiance is project by Vaari Claffey and Mason Leaver Yap which emerged from the program of NO MORE FUN AND GAMES, Feminist Parasite Institution by Jesse Jones. It is a performative and amorphous collaborative project that seeks to explore the power of laughter as a feminist action.  Laughter is both euphoric and absurd and has the possibility to mobilize embodied subjective experience, to activate agency through collective howls, to disrupt with the everyday with the ecstatic.

Laugh a Defiance Episode 2 will be staged in Temple Bar galleries and Studios on 2nd  September 2016, and will star Mason Leaver Yap and Vaari Claffey on vocals, Miriam O’Connor and Jesse Jones on scenography and Sarah Grimes on Drums

Calling all Soulmates, Artist Lisamarie Johnson is looking for a couple to get married at the gallery during the month of august 2016 please apply to lisamariejoh@gmail.com. The wedding will be performed by a female celebrant