UNIDEE: Wayne Wang-Jie Lim (DAI, 2017), Alaa Abu Asad (DAI, 2018) and 8 others are the selected participants for The Shifting Place Aesthetic, spatial and temporal fractures of transitional territories” residential module developed in the frame of the EU project Understanding Territoriality 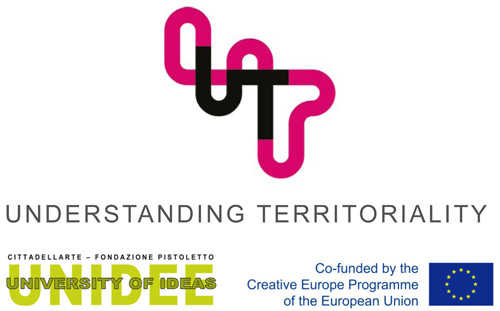 SELECTION OF 10 PARTICIPANTS FOR THE RESIDENTIAL MODULE "THE SHIFTING PLACE AESTHETIC, SPATIAL AND TEMPORAL FRACTURES OF TRANSITIONAL TERRITORIES"

The participants have been selected according to the coherence of their approaches and works with the research defined in the theoretical text published with the Open Call “The Shifting Place Aesthetic, spatial and temporal fractures of transitional territories” by Giusy Checola. In particular, the ten selected participants focused their applications not only on the implementation of their artistic practice but on deeping and challenging the topics and the aims of the module, experiencing the aspect of living and working together with the activists and with Cittadellarte - Fondazione Pistoletto.
It has been considered a positive factor the heterogeneity of their practice, of their geo-cultural origins and disciplinary references which will be important tools in order to investigate the theme of “locality”, and thus to analyse deeply both the potential and the controversial aspects of the transitional territories.