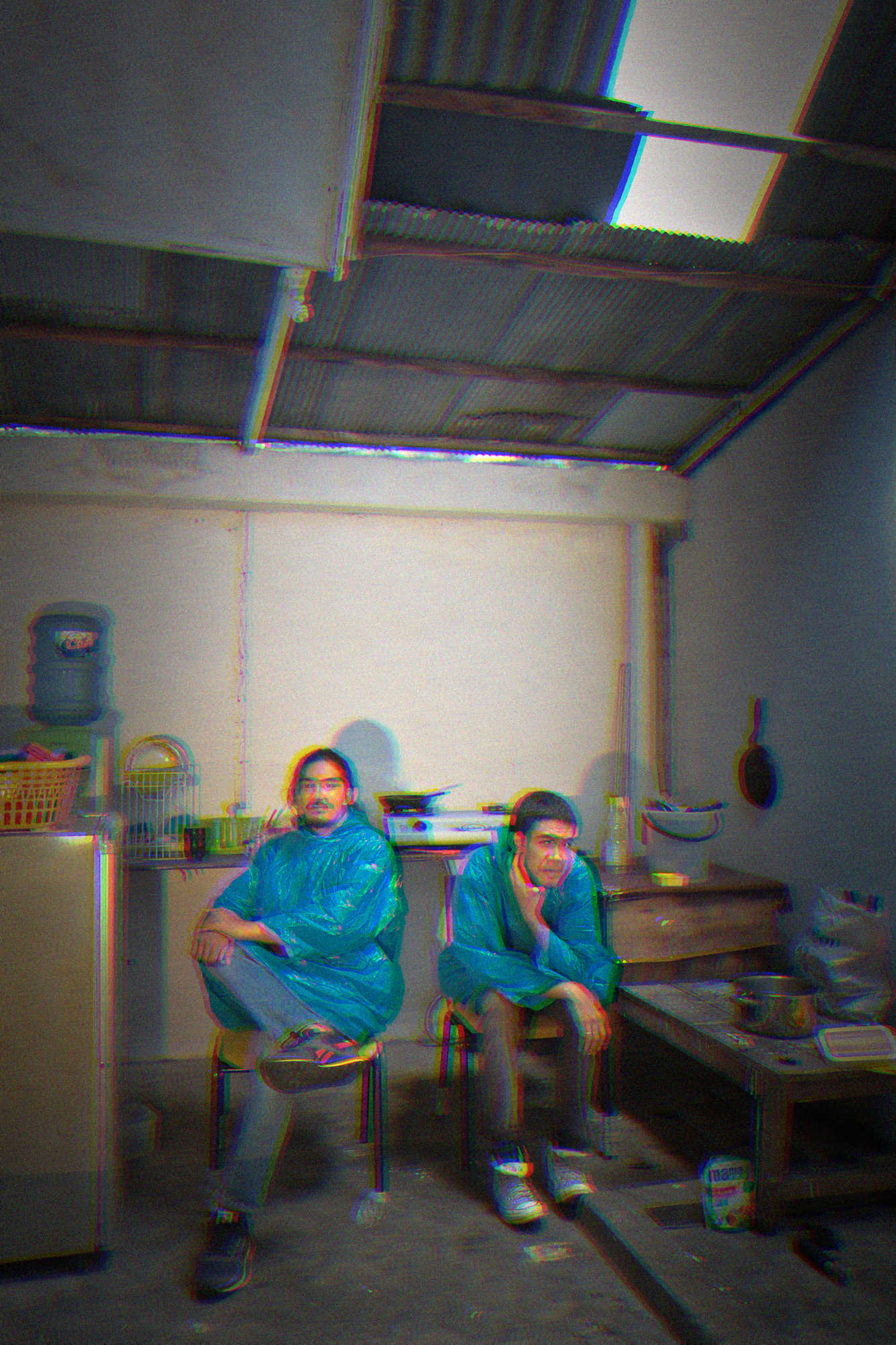 Bombo is a new experimental performer duo based in Makassar, South Sulawesi that was started in 2015 with Reza Enem as the sound artist and Rais Rice as the visual developer. Bombo is a word in Bugis language which means ghost. Archive, collective memories and other historical stuff in the eastern part of Indonesia, are the ingredients that Bombo use to produce multimedia art works.

Reza Enem, was born in Makassar, South Sulawesi in 1988. Reza has been playing music with his indie progressive folk band Theory of Discoustic after completing his study at Universitas Fajar, Makassar in 2010. In 2012, he worked as a photojournalist and photo editor for Jakarta Biz Daily. Reza participated in an art residency at Mite-Ugro, Gwangju, South Korea (2015), The 5th Anniversary of ART NOVA 100, Beijing (2015) and Jakarta Biennale (2015) as participating young and new emerging artist.

Rais Rice, was born and raised in Palopo, Luwu, South Sulawesi, in 1989. He began his exploration in multimedia production by practicing photography and graphic design while studying information studies at Universitas Telkom, Bandung. Later, he expands his skill to film, visual installation, and video mapping production. Currently he runs a production house focusing on multimedia and audio visual production in Makassar: Jendela Studio.