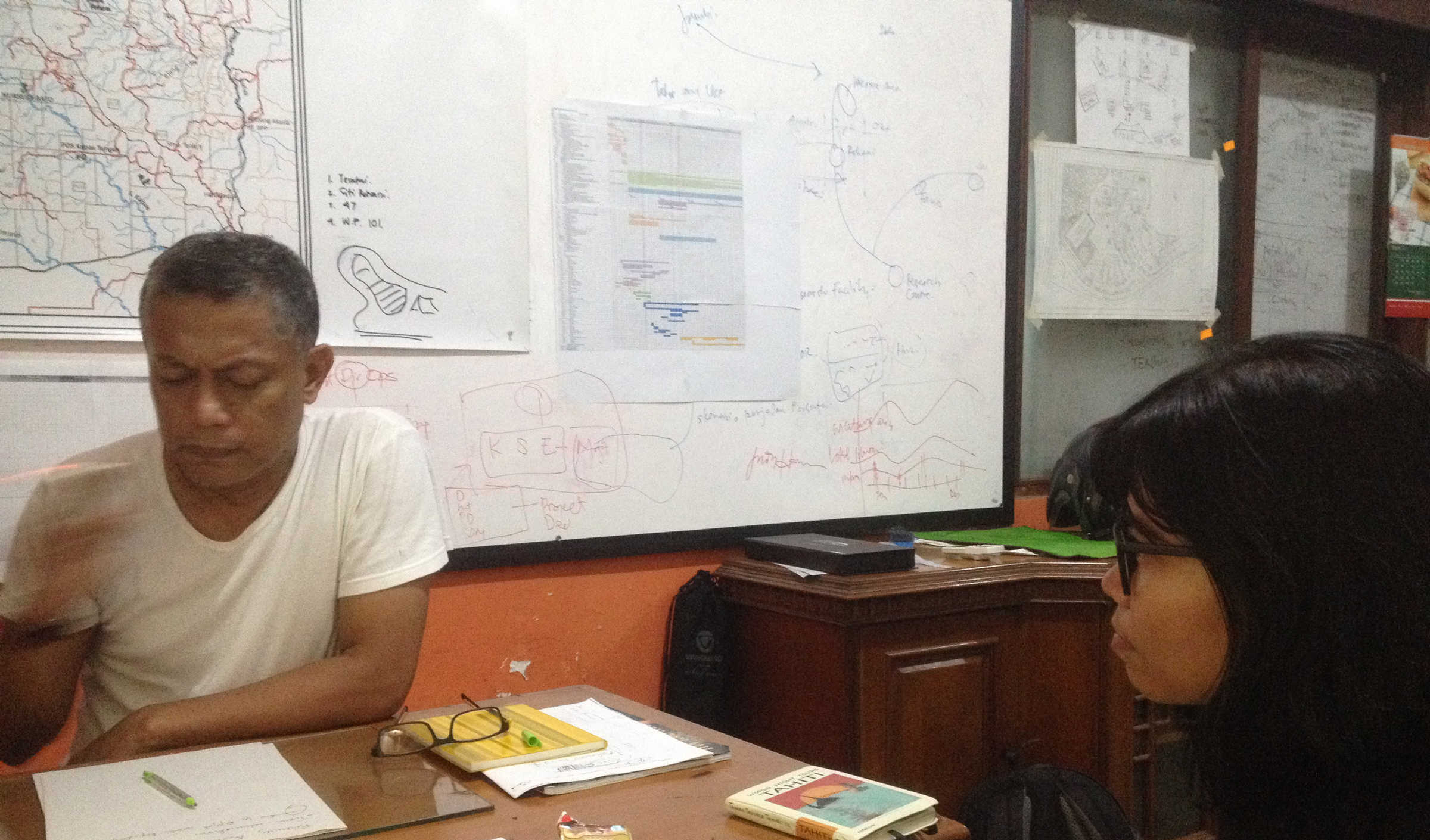 Maulida Raviola was born in Denpasar, 1989. After completing her undergraduate study in Faculty of Social and Political Sciences University of Indonesia with major in Sociology, she worked as a program assistant for Youth and Food Security program in Hivos (2012) and as administrative officer in Woman Journal Foundation (2012), before working in Pamflet, a nonprofit organization which focuses on youth and social movement, as coordinator of Youth Movement division (2013-2015) and General Coordinator (2015-present). She enjoys working in several themes, such as activism, arts and literary, and gender studies.

Rahman Satria Adi was born in Makassar, in 1965. He studied Management Studies at Faculty of Economy, Universitas Soedirman, Purwokerto, Central Java. Since 1994, with his friends, he has been running Rakata Alam Terbuka, an initiative that has been working for the alternative educational programs through outdoor-based activities by organizing a camping ground in Sukabumi, among others.

BACK TO ROAMING ASSEMBLY #6