May 18 at Witte de With Center for Contemporary Art: From Mapping to Navigating - And Back Again. Workshop Julieta Aranda and Doreen Mende, associate tutor DAI 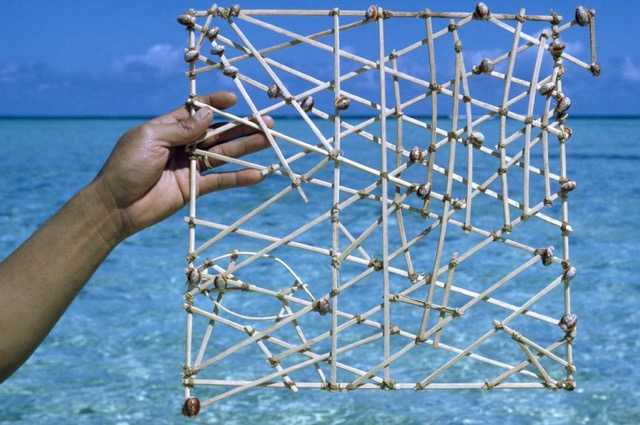 This workshop as part of Witte de With's Futurosity Summit as well as the 9th World Futurological Congress will discuss mapping in relation to navigating as two different but entangled concepts that operate the future. Its connecting strands emerge from the search for a social fabric, which is embedded both in pre-determined parameters that define the inhabitation of our environment as a geometrical imperative and in situational encounters that are composites of different sets of knowledges. Both, the calculable and the incalculable, operate the future as an ongoing journey; its complexity requests from us to detect the various forms of materialisations that may crystallize the fluidity of the everyday as much as the inscriptions of power structures with its disciplinary grids. The workshop will start with introductions into the two concepts in order to discuss the proximities and distances between each, which furthermore will be re-addressed in an ad-hoc exercise; it will highlight the question of materialisation with regard of ‘importing/exporting the future’ as a use-value, i.e., a value that operates according to the situational necessity in struggle with systemic economies. In other words, the session would like to work out that mapping and navigating are different places to look into the future: What and where are these places? How do they relate to each other? What are their concrete conditions?

First, there are maps that give us the content of things, accumulations of data, how many hamburgers have been eaten in Kentucky over the past year, how many people used their cell phones at mid­night during New Year’s eve, what is the median age of the aver­age listener of 93.4 fm. Those are frightening maps that try to tell us what the world is made of, what kind of relationships exist, formally packaged into a sense that defines things not in terms of their ontological qualities, but in terms of their use value, as if that was what constitutes the thing-ness of a thing. The maps that we use and make are a constant territorialization of space, a definition of reality in terms of the known. They generate sets of “productive” relationships—and I say this using the worst possible connotation of the word “productive.” The problem is that, once those “productive” relationships become categorically defined as real, the tension and urgency to find another possibility for reality becomes slackened. An ideal map should only determine the perimeter of things, rather than the space within those things. Maps should tell us that certain things exist, and even that they have a given shape, but without telling us what these things are: What can a map look like that acts only as a marker in space?

Second, the question about navigation will depart from the concern of geo-politicising the image in the 21st century; it will approach navigation as the principle condition in ‘computational aesthetics’ (Nick Srnicek). A possible point of entry: Polynesian Navigation teaches us how ‘charts of navigation’ contain the synthesized knowledge from century-long seafaring of the Polynesian population between the Pacific islands. In contrast to a Cartesian perspective of geographic-representational map, that defines a position from above, the Polynesian nautical instruments sophisticated a perspective from ‘within.’ Considering a set of contextual parameters (sea movement, water currents, signs of nature, climate), Polynesian Navigation introduced non-historical and asynchronic time, situated knowledge and a geopolitical understanding of one’s own position in the concept of social imagination. How can ‘navigation’ provide us with a conceptual framework to the computational principle of ‘navigation’ as a possibility to re-politicise the visual cultures of the 21st century? And what does this mean on the street, while travelling without a map, in a foreign country whose language one does not speak, for thinking the curatorial, or in the time-frame of a workshop for an art-project?