Marianna Maruyama speaks with Lado Darakhvelidze ~ “When you are running with fire and you want to bring fire to people you can’t hide it.” 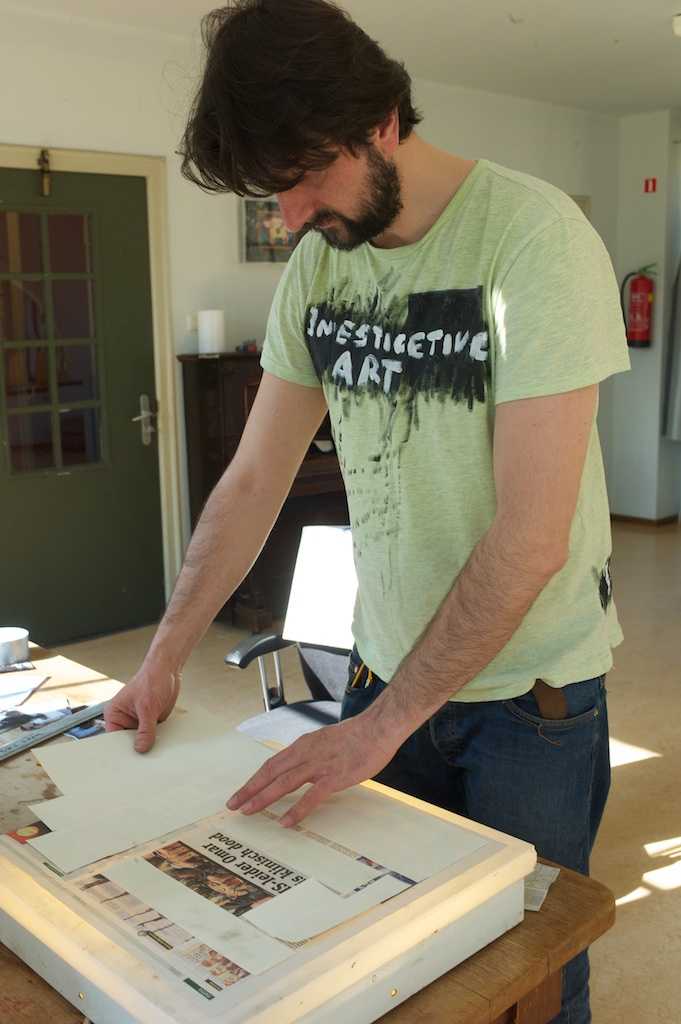 Self-described as a hybrid artist-journalist-broadcaster, Lado Darakhvelidze creates flexible platforms for people to participate in his work which is an equal mixture of aesthetics and politics. “I want to read only for one purpose,” he says, driving home his point “to do – to take actions somewhere, real action.”

In Darakhvelidze’s view, the artist is a broadcaster and the museum or biennale are places of broadcast. The ongoing project Museum Television Station (MTVS) is a strong example of his artistic theory in practice, which experiments with journalistic procedures for the research and presentation of art-broadcasts. Communicating stories through collaborations, interviews, live-stream talks, art installations, theatre and music, Darakhvelidze often works with experts and guests to bring specific issues to the table, such as the narratives of legal and illegal migrants, and the unfolding history of man-made ecological disasters. Complementing this social approach involving many others, he also makes visually rich cartographies and annotates photos with sketches and notes, carefully layering images and text to show a birds-eye, map-like view. Questioning borders and their shifting contours, the lines of “these cartographies [intentionally] lack precision.” 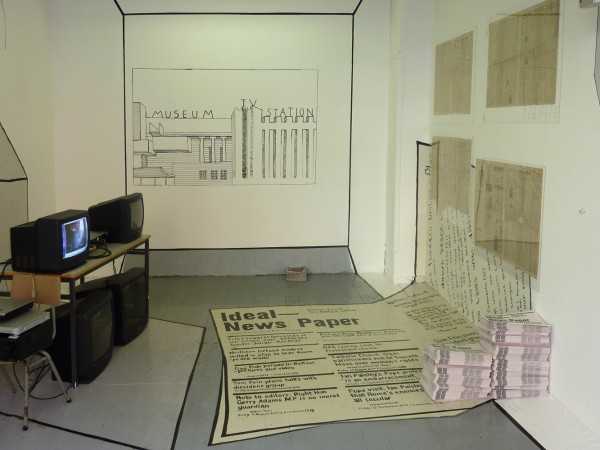 One of the MTVS editions, The Borderization at The Gdansk Shakespeare Theater (2015) a collaboration with Onno Dirker, Nadia Tsulukidze, Mike Georgeson and Willy Fournier, focuses on man-made ecological disasters and their ramifications on border issues in Georgia’s Caucasus Mountains where Darakhvelidze grew up and where his family still owns a plot of land. Though he is now based in the Netherlands, Darakhvelidze still works closely with issues in his birthplace. He conducts research by interviewing locals, including members of his own family, thereby beginning to expose the various forms of conceiving, managing, and contesting ownership of land within the area. 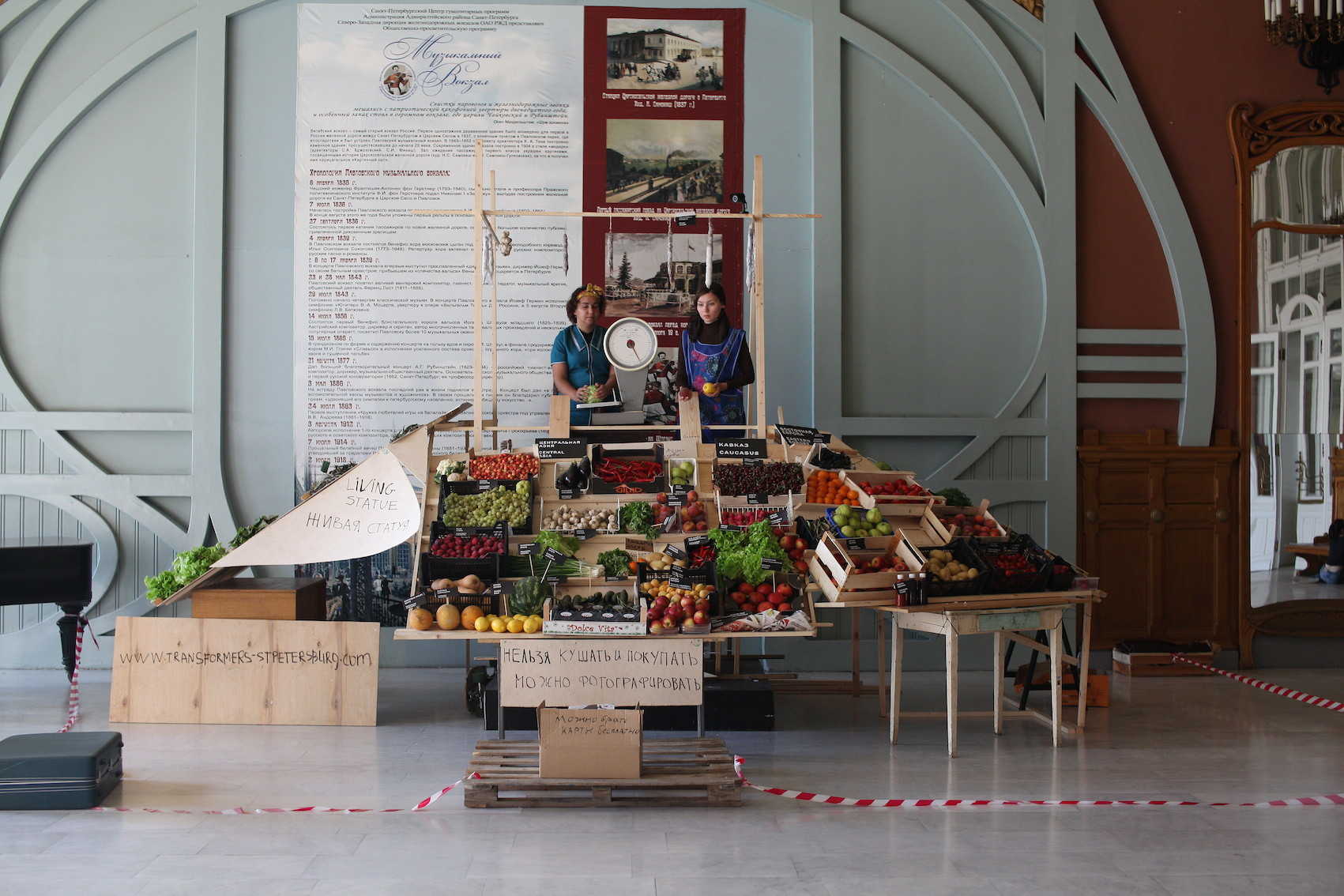 Other related projects include Transformers St. Petersburg, part of Manifesta 10 (Vitebsky Station, St. Petersburg, 2014), which arose from the narratives of the resourceful labor force of legal and illegal migrants, who with limited resources and opportunities, are ‘making do’ in Russia today. 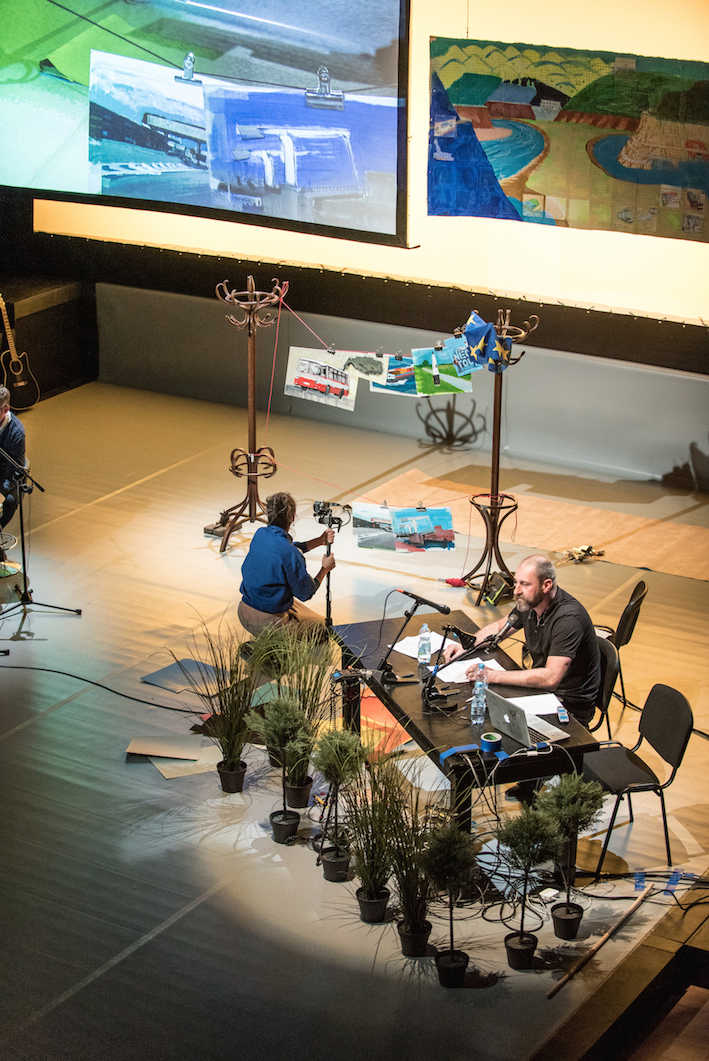 Mapping the Caucasus With You (2013), stems from the desire to begin a dialogue between the peoples of the Northern and Southern Caucasus. Due to the ongoing conflicts in the region there is very little information available to Caucasians – both as regards their own region as well as others. Darakhvelidze states, “We, the people involved in this project, have decided not to wait for anyone else to restore connections, interpret facts or share stories, instead, we believe in the reinstatement of citizenship as a form of direct democracy, and define our roles as artists as including research and the production of knowledge.”

At DAI “an institution that is a lively organism”, Darakhvelidze became interested in aesthetic journalism, especially the work of Alfredo Cramerotti (a guest at DAI) and his book, “Aesthetic Journalism: How to Inform Without Informing”. “When I came to DAI, even though I already had some experience working with the media (its power and how it affects so much in politics and all levels of life), I had these two years of meeting all the invited guests and being allowed to collect whatever, just going into the intellectual garden and picking all these fruits.” Darakhvelidze particularly enjoyed the feeling of being able to go into dialogue with and interpret the theory he encountered. Looking at Manifesta8 and participating in it while at DAI was a helpful way of seeing how Cramerotti’s projects worked in theory, and on the ground. Also while at DAI, he published Museum TV Station Guide (2009) and worked on the Ideal Newspaper - Citizen Journal (2010), which does not represent the 'official' news, but the views of a wide public (Manifesta 8).

Darakhvelidze is working on producing a newspaper and radio programs in collaboration with DAI alumnus Veridiana Zurita (2010) and has been commissioned to create a public piece for the DAI building on Kortestraat, Arnhem to be launched June 3, 2016 - visible until September 22, concurrent with the SONSBEEK 2016 exhibition. See: Cooking The New Planet