May 13 ~ Public launch of the Tamam Shud project by The Book Lovers (David Maroto, (DAI 2013) and Joanna Zielinska) in the CCA Ujazdowski Castle. 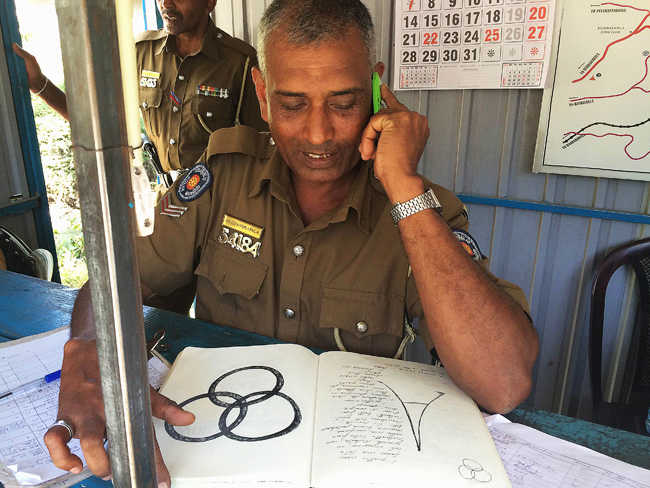 I am dead. My body has been found in 2014, somewhere between Los Angeles and Warsaw, dismembered. The labels of the clothes, fingerprints, and the number on the shoes have been carefully unstitched, deleted, washed, bleached, and delivered to oblivion. Nothing can be used for identification. Only clue, in a secret pocket sewn inside my trousers, detectives have recovered a fragile piece of paper torn from the pages of a book, written there, the words Tamam Shud, ‘this is the end’. Experts and antiquaries were consulted: those are the last two words with which ends the Rubaiyat, an ancient book of esoteric poems by the Persian erudite Omar Khayyam.

The Book Lovers is the name of the collaboration between curator Joanna Zielinska and artist David Maroto (DAI alumnus & associate researcher). It is focused on the research of the artist’s novel employed as a medium in the visual arts. Its base is the creation of a collection of artist’s novels with a parallel online database, which is complemented by a series of exhibitions and public programs, pop-up bookstores, and publications – all of this in partnership with a number of art institutions.

Alex Cecchetti’s art project, Tamam Shud, has been selected to be produced in the framework of The Novel As Fantasy. CCA Ujazdowski Castle Warsaw and The Book Lovers proudly announce the result of the open call for the creation of a new artist’s novel, and wish to thank everyone who took part of it by sending their enthusiastic proposals. After a careful selection process, Tamam Shud is called to be a new artist’s novel to be released at the end of 2017.

What the hell have I to do with poetry and secret pockets? I don’t even know how to stitch a button. Murder, accident, suicide, detectives haven’t found anything relevant, my identity is still unknown and me also, I don’t remember much.

Collective incantations, disappearing paintings, flower artificial hybridisation, guided tours of heaven and hell, are just some of the clues that Alex Cecchetti progressively will disseminate through an episodic structure in which a series of performances, exhibitions and other artistic events blend into the writing process and vice versa. Please save the date: 13 May 2016, for the public launch of the Tamam Shud project in CCA Ujazdowski Castle Warsaw. More information will follow soon.

To die without memories, this is the horror. You know, life is short, but death never ends. And now I have no one to love and no one to hate for the eternity. This is why I have decided to investigate over my own death myself.

Alex Cecchetti (1977–2014) was an artist, a poet and a choreographer. Difficult to classify, his work can be considered as the art of the un-representable. The artist died for the first time in 2014 for unknown reasons, though he continues to produce new works, present new performances and publish new poems. He exhibited internationally as at Serralves Foundation, Porto; Serpentine Galleries, South London Galleries and Fiorucci Art Trust, London; Centre Pompidou, Jeu de Paume, 15eme Prix of the Foundation Ricard and Palais de Tokyo in Paris; MAXXI, Rome; and CAC Vilnius, Lithuania, among other venues.