2016 ~ Sunday February 14 ~ Roaming Assembly # 3 ~ TIME RELEASE: Work and Measure In and Out of Performing ~ Introduction by Marina Vishmidt

"This event tries to think about the relationship between performance, labour and politics through the critical categories of time: measure, value, futurity.

It invokes performance in the many valences it can take in this society, which has for a long time included performance as a standard of measure or general category for measurable conformity to expectations, which take the form of impersonal imperatives authorised by technocratic capital and its managers.

The oft-discussed 'quantification of the self' would be apropos here, and data-fed quantification as a new master discourse for science, philosophy and the arts that transcends the 'economic'.

We also want to think about performance as a speculative category, for example the link drawn between financial derivatives and movements of collective improvisation drawn by the late Randy Martin. To think about the ruptural and rupturing aspects of movement in public (or private) as a form, and as a transversal vehicle for linking spaces of interiority and exteriority – or even movement as exteriority or rupture in a the space of compliance.

Movement in time as a mode of thinking or embodying space would arise here as well. Phenomenological, political economic and critical approaches to thinking about movement with relation to measure (also movement as measure) are of interest here. The category and argument of and from abstraction, be it formal, economic, or political can find materialization in movement - a dramatisation of different varieties of materialism, from the poetic to the philosophical to the political.

What modes of abstraction and materiality does movement and performance make available? And, conversely, does performance always imply movement or can its rupture rather take the form of a break (Moten), a crystallisation of time (Deleuze), a delay (Duchamp) or the imperceptible speed of individuation (Simondon)?

Where does dance come into this as a specific mode, historically and currently (and inflected by different institutional and political histories, such as colonialism, de-coloniality, socialism, etc.)?

In more concrete terms, we'd also like to think about voice and speech, instructions, scores as ways of figuring the relationship to the programmatic as an aesthetic and political category". 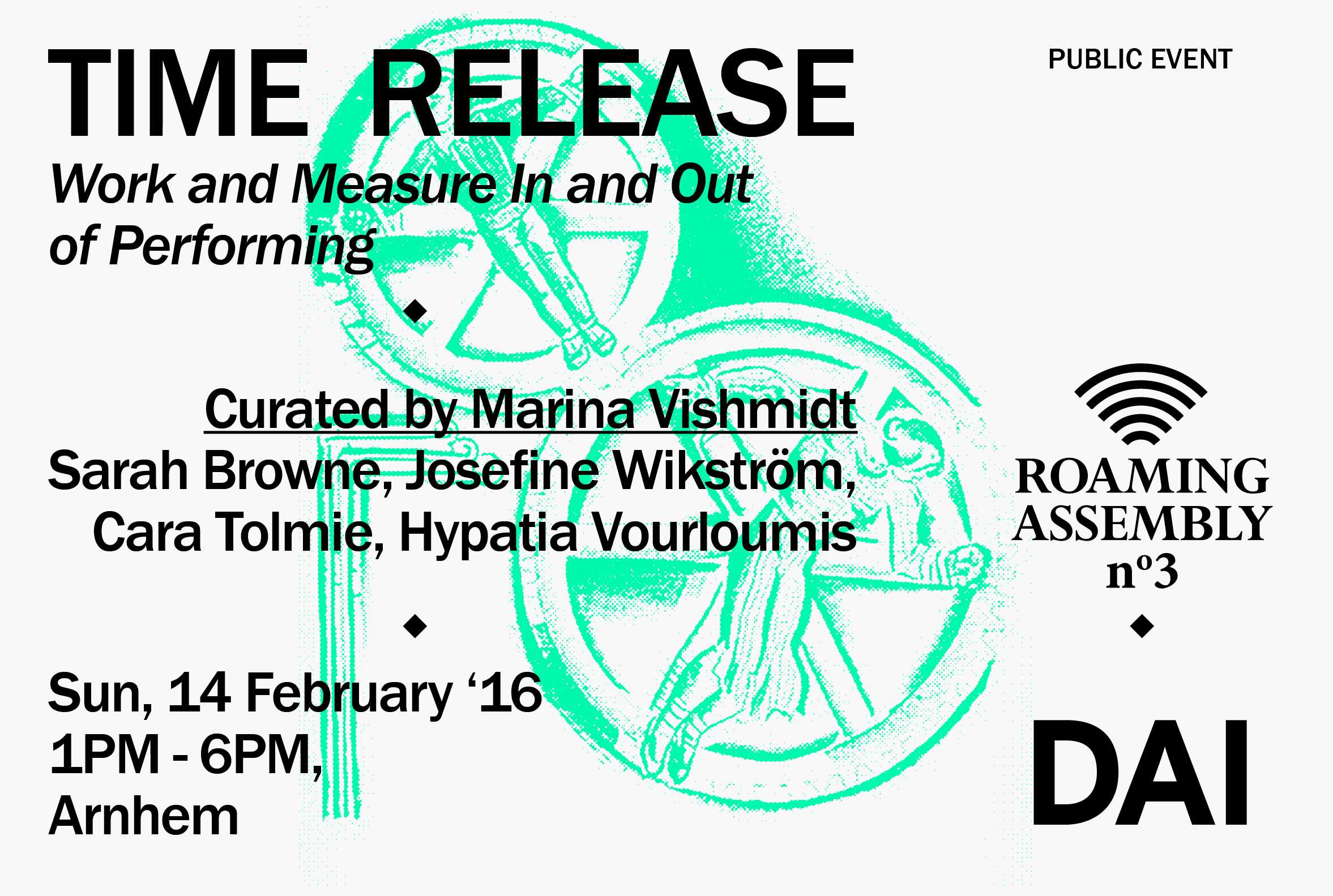