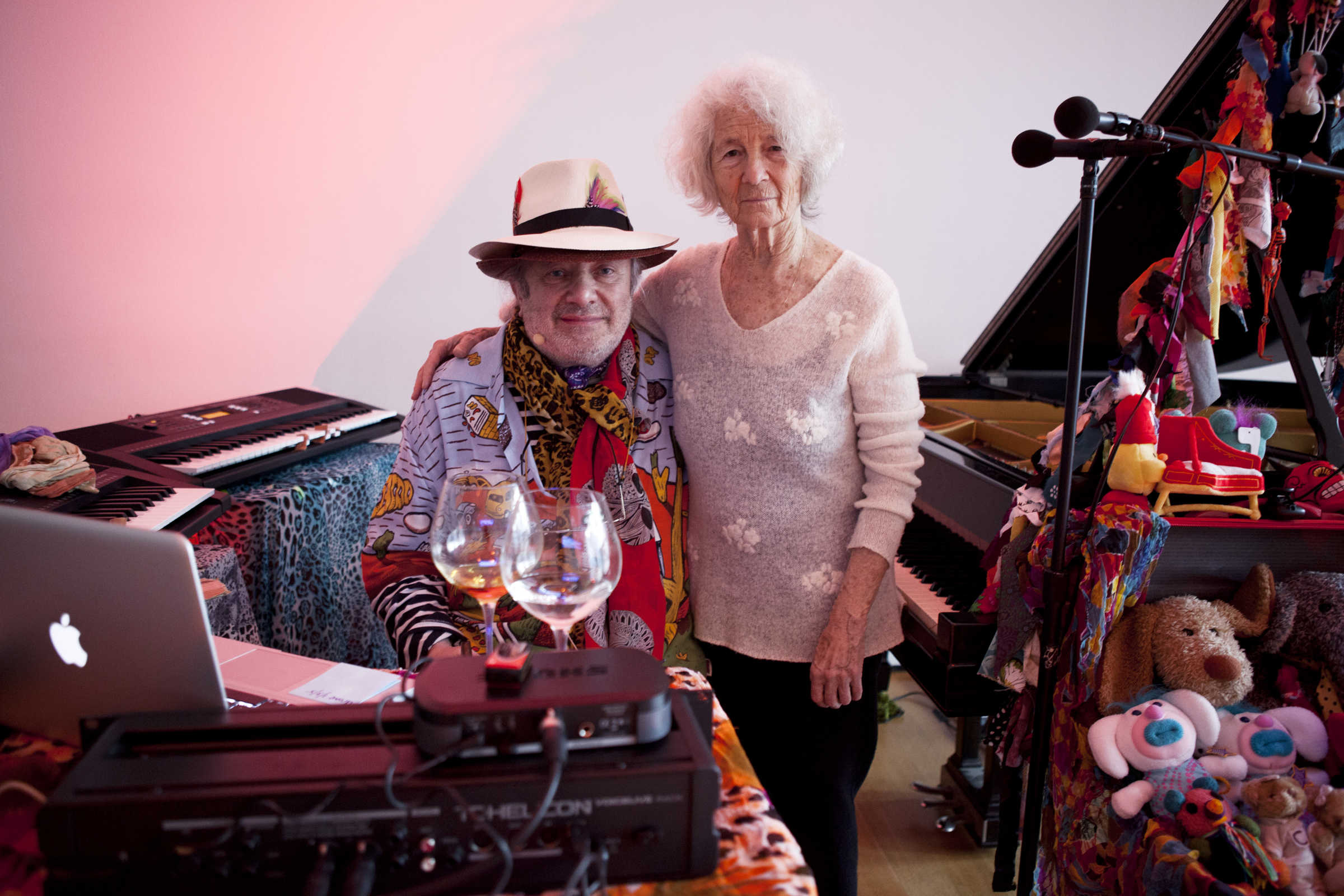 From March 28 till April 2, Simone Forti and long-time collaborator Charlemagne Palestine use Vleeshal Markt as a rehearsal space to work on a new version of their Illuminations series, to be performed there on April 2 and April 3. Asked in an interview by Astrid Kaminski whether she is continuing to do new work, Forti replied: ‘You could just as well ask: what about breakfast – will you still have breakfast in the morning?’

Both Forti and Palestine, who have collaborated since 1971, have been to Middelburg before: Forti in 1980, when she performed during interdisciplinary arts festival Forum, and Charlemagne Palestine on several occasions, including a solo show at Vleeshal in 1979 and various concerts in Middelburg.