2003 - 2005 Teresa Borasino ~ “We don’t have time for representation, to talk about the problem, paint it, draw it, stage it. We have to solve it. Each of us from our own capacities.” 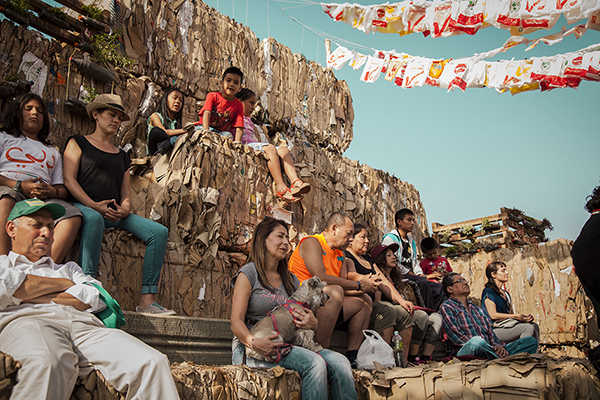 Teresa Borasino’s work doesn’t provide easy answers in response to long-term, shared global crises. In her provocative, ongoing works such as Give a Shit and Futuro Caliente [Hot Future], Borasino takes on issues such as climate change and urban transformation.

During her studies at the Dutch Art Institute, Borasino focused on cultural identities defined by language and began the process of leaving her private practice and engaging in a more public practice, often in collaboration with other artists, architects, academics and activists. Borasino’s most recent work mixes her activist and artistic practices. Give a Shit! is a clear example of this intersection: She printed the latest IPCC’s report (the most up-to-date and comprehensive document about climate change) on rolls of toilet paper. During the UN Climate Change Conference in Paris COP21, she and several participant activists smuggled hundreds of these rolls into the conference center and placed them in the toilets used by official delegations and world leaders. This act pointed out the fact that nation states continue to ignore climate science in their policies. 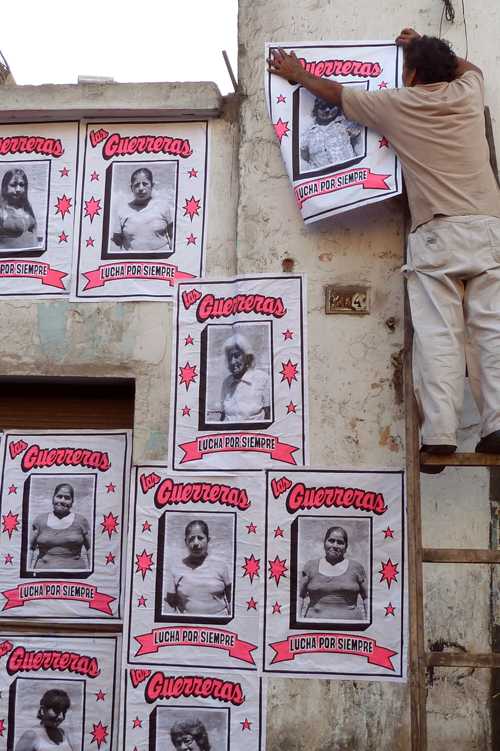 Recent public interventions and exhibitions include: Give a Shit! (2016), performance at This Art Fair, Amsterdam; Futuro Caliente [Hot Future] (2014), during COP20 in public space in Lima (selected for the Visible Award in 2015); Hawapi (2014), at Museum of Contemporary Art, Lima; Bijlmer Bloeit [Bijlmer Blooms] (2012) at CBK Zuidoost, Amsterdam; Las Guerreras [The Warriors] (2012), Lima; Penelope´s Labour during the Slow Down Festival (2011) at Glazen Huis, Amsterdam. In 2007, she published the book 31 Circles (2007), and while at the DAI she exhibited the project Random Questions (2005) at gallery Tedden, during Kunstverein Oberhausen.

Born in Lima, Peru, Teresa Borasino lives and works in Amsterdam, and regularly exhibits in France, the Netherlands and Peru. She is represented by the not-for-profit Amsterdam gallery STAFF_ROOM.