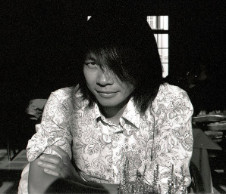 Yuk Hui is currently research associate of the DFG Project Technoecology of Participation at the Leuphana University Lüneburg; previous to that, he was postdoctoral researcher at the Institute for Research and Innovation of the Centre Pompidou in Paris. He published on philosophy of technology and media in periodicals such as Metaphilosophy, Parrhesia, Cahiers Simondon, Jahrbuch Technikphilosophie, Intellectica, New Formations, Zeitschrift für Medienwissenschaft, etc.
He is co-editor of the anthology 30 Years after Les Immatériaux: Art, Science and Theory (2015), and author of On the Existence of Digital Objects (prefaced by Bernard Stiegler, University of Minnesota Press, 2016).
He is also the series editor of “Media Philosophy” with the Shanghai Academy of Social Sciences Press, and series editor of “After Simondon” with Meson Press.