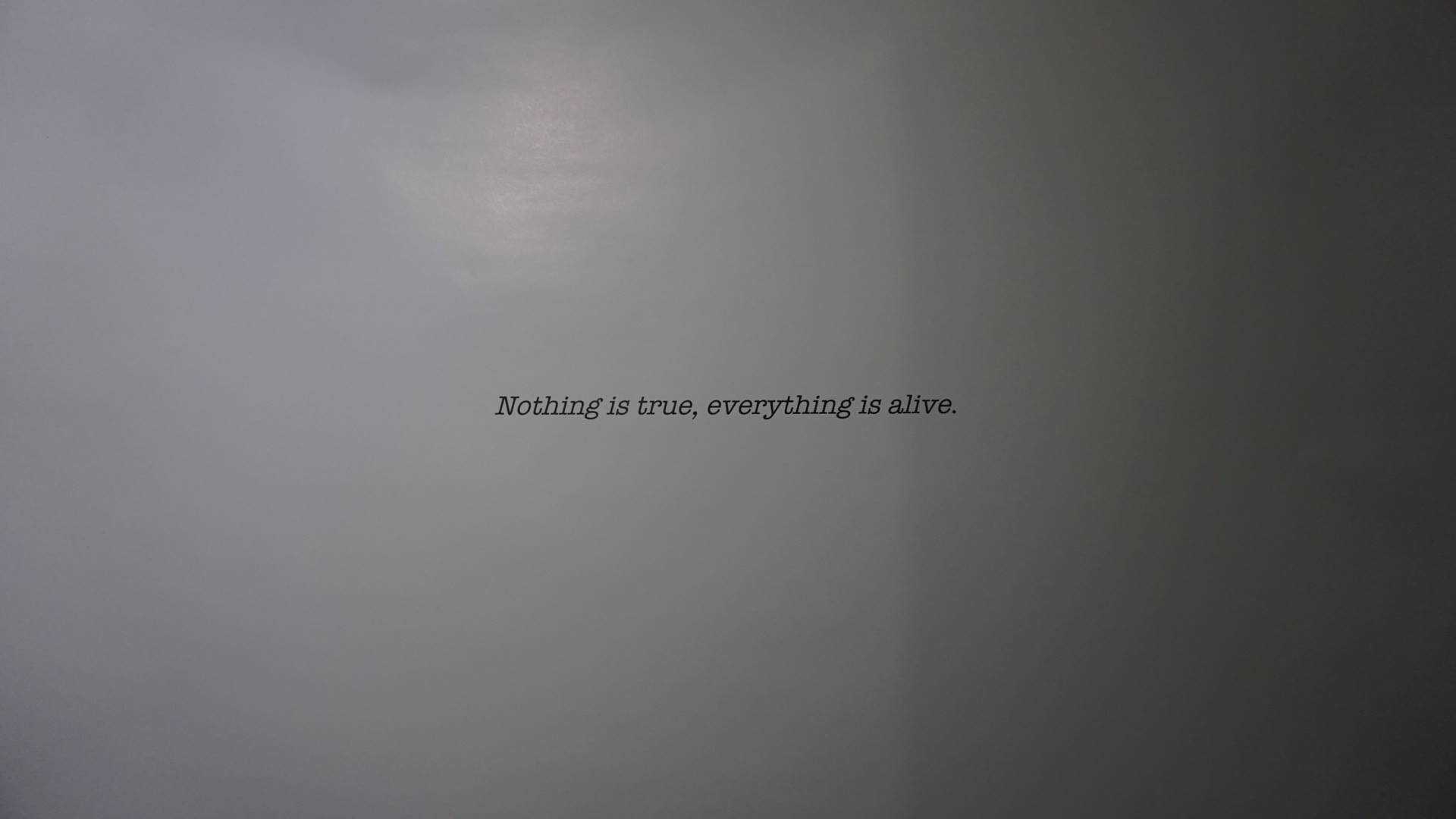 Nothing is True, Everything is Alive

Caecilia Tripp makes a site specific installation of a mural using posters from her Paris solo show Going Space at Le Credac Paris. Using the line ' Nothing is True , Everything is Alive ', coined by Edouard Glissant, Tripp stands in solidarity with the movements of modern day soldarity with the decolonising project so aloud and clear in the grounds of the Jawaharlal Nehru University.

« Nothing is true, Everything is Alive » (« Rien n’est vrai, tout est vivant » ) by Edouard Glissant inscribed as his epitaph and set as a riddle on his grave on Diamond Rock in Martinique (2011) next to the Arawak Street and Barack Obama Street, yet vowed as a radical participatory reenactment into the living by the artist Caecilia Tripp (sharing a long friendship with Glissant) through the repetious realm on an empty page, standing there alone and be taken for displacement and enactment by everyone else.

It continues an unbroken continuum of living memoralization. A fluid mouvement of repetition and progression beyond the measurement of comprehension. Thinking in movement rather than fixed absolute truths.

With wandering thinking (la penséee de l’errance)we reject the single roots that destroy what is around them. Wandering thinking means taking root in solidarity – roots that are rhizomes. Against the disease of identity as the single root, it is and remains the non-finite conductor of identity as relation. Wandering is the site of repetition when the latter organizes the tiny (but infinite) variations which each time will distinguish this same repetition as a moment of knowledge. (E.G. Philosophie p61-62)

« Acclaiming the right to opacity, turning it into another humanism, nevertheless means that we give up the attempt to bring all truths .. together into a single transpararency, which would be mine, which I’d impose… The opacity that is created between the other and myself in mutual consent (it is not apartheid), enhances his freedom, and confirms my free choice, in a relation of pure sharing where exchange, discovering and respect are infinite, and go without saying.. Because you have the right to be obscure, above all to yourself. » (E.G. Philosophie, p69/70)

Edouard Glissant, Is alive at Clark House having stayed the last three months at the Le Credac, where the project Going Space is on until the 20th of March 2016.

Clark House Initiative is a curatorial collaborative and a union of artists based in Bombay.

Poonam Jain and Rupali Patil are the current directors of Clark House. It was established in 2010 as a curatorial collaborative and artist union concerned with ideas of freedom.