Report on the 13 February, 2016 session ~ "Practice-led Art Research vs Practice in Contemporary Art" ~ with Josefine Wikström, writer, lecturer, member of staff at DOCH (Stockholm University of the Arts) and a visiting lecturer at Goldsmiths, University of London. 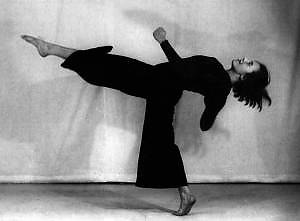 Guest: Josefine Wikström, writer, lecturer, member of staff at DOCH (Stockholm University of the Arts) and a visiting lecturer at Goldsmiths, University of London. She has also taught at Kingston University, Det Fynske Kunstakademie, and Kungliga Konsthögskolan.

The session begun with a private meeting in the afternoon between Josefine Wikström and the APRC members: Gabriëlle Schleijpen, Florian Göttke, David Maroto Lauren Alexander and Rosie Heinrich. It took the form of a reading group discussion centred on a close examination of an essential element in art research such as the text.  In the particular case of David and Rosie, such text is characterised to be narrative in nature.

David’s practice-led research strives to give a narrative account (a novel, in fact) of the process of creation of a newly commissioned artist’s novel. While accompanying such process, he is applying a set of research methods to it, such as note-taking, interviews and the organisation of a reading group. By writing a novel, David investigates the use of narrative text as a valid form of academic writing.

Rosie also presented a text that is in the midst of its creative process, namely parts of the script that she is currently writing for the narrator in her video work We Always Need Heroes (working title). This is a multi-layered research project around the psychological and social dynamics following Iceland’s financial and economic crash in 2008. Between the sequences that form the video work, a narrator offers commentary on the unfolding events. Rosie uses her stammer as a tool to explore the notion of the narrative as a reflex and ‘corrupted’ speech.

The session’s second part was a public discussion with the rest of the DAI students in the evening, which was based on the analysis of Josefine’s text Practice in/as Contemporary Art v/s Practice in Practice Based PhDs. The focus was initially placed on discussing the meaning of the term ‘practice’ both in the realms of the visual arts and on the (academic) art research. Does it mean the same in both cases? Why is it so difficult to reach a consensus on the grounds on which to assess practice-led research? The discussion moved on to touch upon a number of issues, among which the question of 'use' and 'function' in art and especially in relation to research of the arts in higher education. There was also time to inquiry about the current economic and social context as determinant for the decisive impulse that research is having within art education and, by extension, in the practice of contemporary art.