If I Can’t Dance, I Don’t Want To Be Part Of Your Revolution discloses extraordinary plans for its new edition; ‘Event and Duration’ with a.o. Leonor Antunes, Alex Martinis Roe, Naufus Ramírez-Figueroa and Joke Robaard (introductory event in Amsterdam on Sunday 24 January 2016) 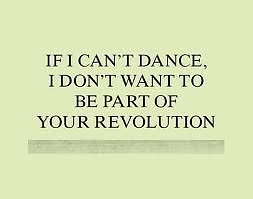 If I Can’t Dance, I Don’t Want To Be Part Of Your Revolution is pleased to announce its new edition, taking the notions of ‘Event and Duration’ as the field of research for its biannual programme of Commissions, Performance in Residence projects, reading groups, seminars and workshops. This field of research will be pursued across each of these programme strands in an open manner to consider its philosophical and theoretical concerns, as well as its relation to contemporary art and performance practices.

Referencing modes of time, If I Can’t Dance’s interest in ‘Event and Duration’ emerges from an acknowledgement that bodies, living and nonliving, are spatial and temporal beings. Pursuing this consideration of the subject and object within the conditions of time and space, for Edition VI, ‘Event and Duration’ will be thought through in terms of lived relations, movement, encounter, and experience.

Within the Commissions, Leonor Antunes will produce a new sculptural-installation that considers the latent performativity of her practice and the effects of time and site on materials; Alex Martinis Roe will establish a network of practitioners to develop and perform a number of new feminist political practices that will become the subject and methodology for a film; Naufus Ramírez-Figueroa will create a cycle of performances that attempt to exhaust the Guatemalan Civil War (1960–96) as a subject for his work; and Joke Robaard will open up her archive of photographs collected from fashion magazines and other media in order to read the historical, political and social information contained within them through workshops and a new film.

For the Performance in Residence research projects, curator Erin Freedman and artist and curator Lili Huston-Herterich will create an expanded version of an archive for Toronto’s 1983 watershed exhibition Chromaliving: New Designs for Living; poet and scholar Fred Moten will attempt to unbind the form of the book and fracture the lecture so it can be moved through; philosopher Peter Pál Pelbart will create a new work departing from his involvement in the Ueinzz Theatre Company based in São Paulo; and curator Vivian Ziherl will work with and translate an act from an unpublished manuscript of a play about the general strike, written by Dutch poet and socialist Henriette Roland Holst, in 1925.

Each of the projects will follow their own individual trajectory across the two years of Edition VI – Event and Duration, and will be brought together in Amsterdam for an introductory event on Sunday 24 January 2016 (details to be announced soon), and a concluding presentation at the end of 2016.

Edition VI – Event and Duration is curated by Frédérique Bergholtz and Susan Gibb.