Call for participants: The Winter School of Discontent ~ Triggering consciousness for creative politics and collective aesthetics. Among the conveners: Marianna Maruyama (DAI, 2013) 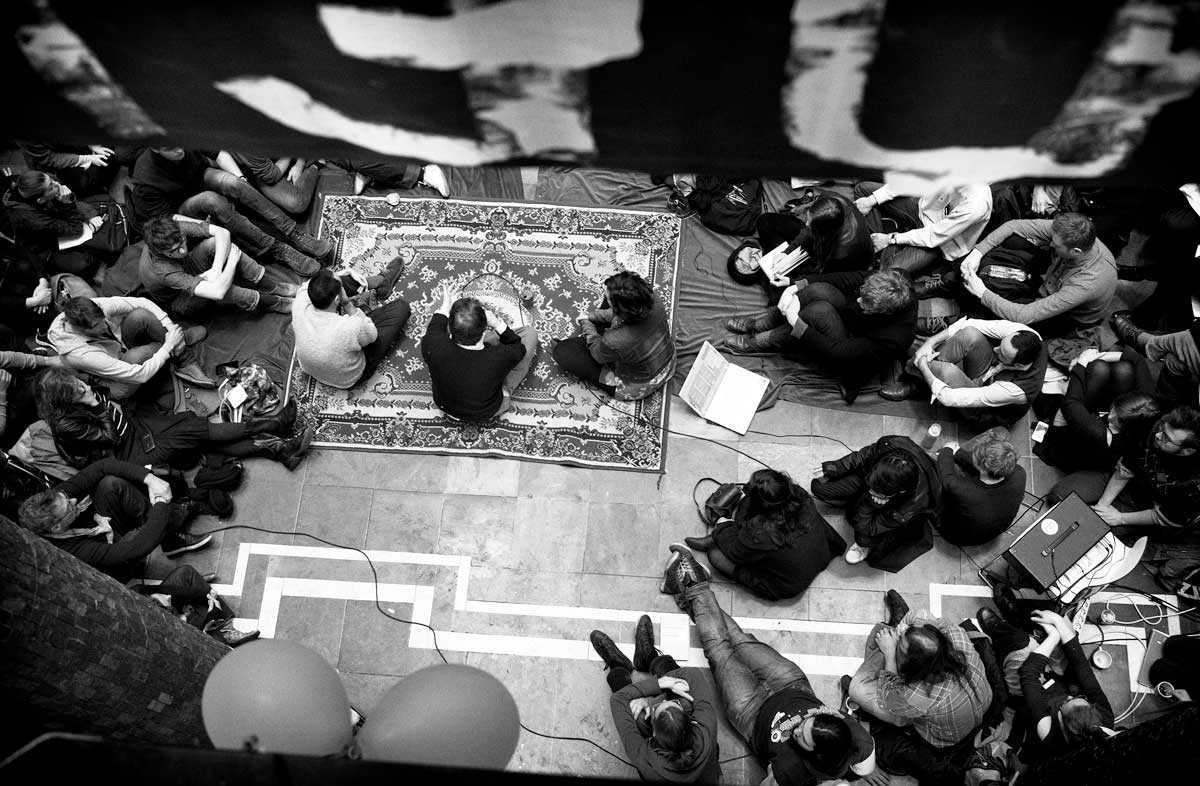 Building upon the symposia and talk-based programs over the last couple of years, West is pleased to announce its new program the Winter School of Discontent. Drawing inspiration and resources from art, activism, and academia, we make space to reflect and challenge the construction of community by examining creative politics and collective aesthetics. Over six days, participants will take part in workshops, discussions and seminars with thinkers and practitioners from fields ranging across arts management, curatorship, dance, media technology, philosophy, theatre, and more.

In an increasingly alienating 21st century, neo-liberal ideology exacerbates the fragmentation of values and cultural capitalism erodes the critical power of art. To disrupt this cycle of vicious content, it is high time to consider what we can hold in common and what we can rally as a community. According to the phenomenologist Alphonso Lingis, in his book The Community of Those Who Have Nothing in Common:
[c]ommunity forms when one exposes oneself to the naked one, the destitute one, the outcast, the dying one. One enters into community not by affirming oneself and one’s forces but by exposing oneself to expenditure at a loss, to sacrifice. Community forms in a movement by which one exposes oneself to the other, to forces and powers outside oneself, to death and to the others who die.

Provoked by Lingis and the current state, systems, and structures of the world, the Winter School of Discontent experiments with the contours of community along physical, psychological, phenomenological, political, and practical dimensions. As such the experiential programme explores the necessary, but precarious, conditions under which a community can emerge. The diverse thematic entry points of the school offer fresh avenues to think about and engage with commonality and collectivity by staying playful and attuned to ourselves and our surroundings.

Throughout the week the participants will work on an individual or group project with the skills and knowledge generated from the programmed activities. The form and content of final projects are not pre-determined allowing for experimentation with interim conclusions and new ideas: the project can be a scholarly essay as much as an interactive directory, a one-man band as much as a participatory installation. On Saturday 23 January all the projects will are opened up to a wider audience during a special public event.

For the Winter School of Discontent West joins forces with the Political Arts Initiative. PAI is interested in how people interact with and compose political ideas and actions through the various, diverse media of technology and the arts. PAI forwards the new academic field of political arts through immersive courses, interactive lectures, reading groups, and participatory performances and is hosted by Leiden University.

To keep the discussions and experiences substantive and immersive, this years Winter School of Discontent caps at 25 participants. A fee of €150,- (€100,- for students) includes light meals as well as a reader.

Should you wish to attend as press we will be very happy to accommodate you into the program.
The full program & bio's you can find online, if you seek further information, press photos or wish to participate kindly contact Eloise Sweetman: eloise@westdenhaag.nl or 0031(0)70.3925359
West Groenewegje 136, 2515 LR Den Haag, The Netherlands, +31(0)70.3925359,