Ashkal Alwan: WHAT HOPE LOOKS LIKE AFTER HOPE (ON CONSTRUCTIVE ALIENATION). Curated by Bassam El Baroni (core tutor DAI). On view for the duration of Home Works 7 until the 10th of December, 2015. Among the artists: Katia Barrett (DAI, 2016), Walid Sadek, Mohammad Salemy a.o. 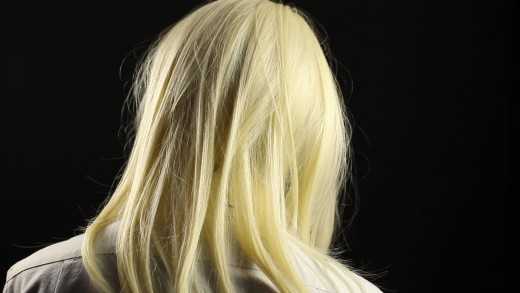 What would hope look like if we injected it with a strenuous dose of reality, placed it in a world where causes are untraceable and effects incalculable, severed it from its more eschatological concerns about the future, and blocked it from using the posturing of human rights and humanism?

What Hope Looks like After Hope takes the form of an exhibition and a series of related talks and presentations by artists and invited guest speakers through which the aesthetics and politics of Constructive Alienation are presented and discussed from a wide perspective. Developed in dialogue with the participants, What Hope Looks like After Hope focuses on presenting newly commissioned and already existing works by artists whose practice relates to the notion of Constructive Alienation. It also revisits the work of artists from recent art history, speculating on their possible aesthetico-political engagement in a project on inverted hope. Finally, through talks and presentations it aims to initiate discussion and debate on the place of art in a contemporary constructive politics.

Bassam El Baroni is an independent curator and a professor of theory at the Dutch Art Institute, Arnhem. He has curated and co-curated projects and exhibitions for Manifesta 8, Murcia (2010); Lofoten International Art Festival, Lotofen (2013); Eva International – Irish Biennial, Limerick (2014); as well as exhibitions in Madrid, Oslo, Bergen, Paris, and Alexandria. He was co-founder and director of the former art space, the Alexandria Contemporary Arts Forum (2005-2012).

Hicham Awad is a PhD student in film and visual studies at Harvard University. He explores audiovisual configurations of space and movement produced by scientific, military, and cinematic technologies of capture and simulation, and is invested in drawing out the historical, ideological, and politico-economic connections between capitalism and cinema. Awad completed an MA in aural and visual cultures at Goldsmiths, University of London, in 2011. He has presented papers and talks at the Graduate Center at City University of New York, the University of Chicago, as well as Beirut Art Center and Ashkal Alwan in Lebanon.

Katia Barrett is an artist based in London, currently completing an MA at the Dutch Art Institute, Arnhem. Her recent research and practice draws upon developments in interdisciplinary theoretical biology in which the subjectivisation of nature corresponds with a naturalisation of subjectivity. From this theoretical platform, she explores questions of agency, reason, consciousness and will. Her recent shows include Young London, V22, London (2013) and Geology of Piss, Xero, Kline & Coma, London (2012).

Amanda Beech is an artist and writer based in Los Angeles. Her work explores a new realist approach to the image, contingency, and the political through force. Recent solo shows include All Obstructing Walls Have Been Broken Down, Catalyst Arts, Belfast (2014); and Final Machine, Lanchester Gallery Projects, UK (2013). She has recently presented work in Agitationism, Irish Biennial; L’Avenir, Montreal Biennale (2014); and Speculative Aesthetics, Tate Britain (2015). Beech’s writing includes essays for Speculative Aesthetics, (Urbanomic 2014); Realism, Materialism, Art (Sternberg Press 2015), and catalogue contributions for the Irish and Montreal biennales. Her books include Final Machine (2013) and Sanity Assassin (2010), published by Urbanomic. Beech is dean of critical studies at CalArts, California.

Leonardo Cremonini was an Italian painter. He studied at the Accademia di Belle Arti in Bologna. At the age of twenty-six, Cremonini obtained a grant that allowed him to travel to Paris, where he settled and later taught at the Académie des Beaux-Arts. Painting a world elevated from its daily reference points by extracting their essence, Cremonini’s paintings of indoor and outdoor scenes are known for their enigmatic and distanced quality. Retrospective exhibitions of his work have been held in Basel, Brussels, Metz, Paris, Prague, Siena, Strasbourg, Spoleto, and Tokyo.

Martti Kalliala is an architect based between Berlin and Helsinki. He works across design, research, and curating with a focus on the intersection of technology, social innovation, and built form.

Yuri Pattison is an artist based in London. He has had recent solo exhibitions at Helga Maria Klosterfelde, Berlin (2015); Cell Projects, London (2014); and Arcadia Missa, London (2012), among others. His work has also been shown at Kunsthalle Wien, Austria; Tate Britain, London; ICA, London; Museum of Modern Art, Warsaw, Poland; Seventeen Gallery, London; and Outpost, Norwich. Pattison is the recipient of the Chisenhale Gallery Create Residency (2014-2016).

Nelmarie du Preez is a South African artist based between Pretoria and London, working in the fields of performance, photography, video, and computational arts. She recently completed her MFA in fine art at Goldsmiths, University of London, where she also completed an MA in computational arts in 2013. She has exhibited in London, New York, Buenos Aires, and Berlin, as well as major cities in South Africa. She recently won the Sasol New Signatures competition and is the 2015 Ampersand Foundation Fellow. Du Preez is currently a lecturer in visual arts and new media at the University of South Africa.

Matthew Poole is a curator and writer based in Los Angeles. He is chair of the Department of Art at California State University San Bernardino, and was previously program director of the Centre for Curatorial Studies at the University of Essex, UK. He has produced exhibitions internationally, and his most recent written project, a collaboration with architect and theorist Manual Shvartzberg, published by Bloomsbury Academic in November 2015, is entitled The Politics of Parametricism: Digital Technologies in Architecture.

Patricia Reed is an artist and writer based in Berlin. She has exhibited at the Witte de With, Netherlands; Haus der Kulturen der Welt, Germany; Kunsthaus Langenthal, Switzerland; and the Württembergische Kunstverein, Germany. Reed’s texts have been published in #ACCELERATE: The Accelerationist Reader; The Psychopathologies of Cognitive Capitalism Vol. II; Intangible Economies; Cognitive Architecture: From Biopolitics to Noopolitics; and Fillip. She has given lectures at the ICA, London; IMA, Australia; the Montréal Biennale, Canada; Tate Britain, London; Artists Space, USA; and MIT, USA, among others. Reed hosts the Inclinations lecture series in Berlin and is part of the Laboria Cuboniks working group.

Walid Sadek’s early work investigates the familial legacies of the Lebanese civil war and the complexity of lingering civil strife. His later work proposes a theory for a post-war society disinclined to resume normative living. More recently, his work is concerned with the logic of a protracted civil war and searches for a critical temporality to challenge that same protractedness. Sadek is associate professor in the Department of Fine Arts and Art History at the American University of Beirut.

Mohammad Salemy is an independent New York-based artist, critic, and curator. His writings have been published in e-flux, Flash Art, Third Rail, and Brooklyn Rail. He has curated exhibitions at the Morris and Helen Belkin Art Gallery, Access Gallery, and Satellite Gallery in Vancouver. In 2014, he organized the Incredible Machines conference. Salemy holds an MA in critical curatorial studies from the University of British Columbia and is one of the organizers of The New Centre for Research & Practice.