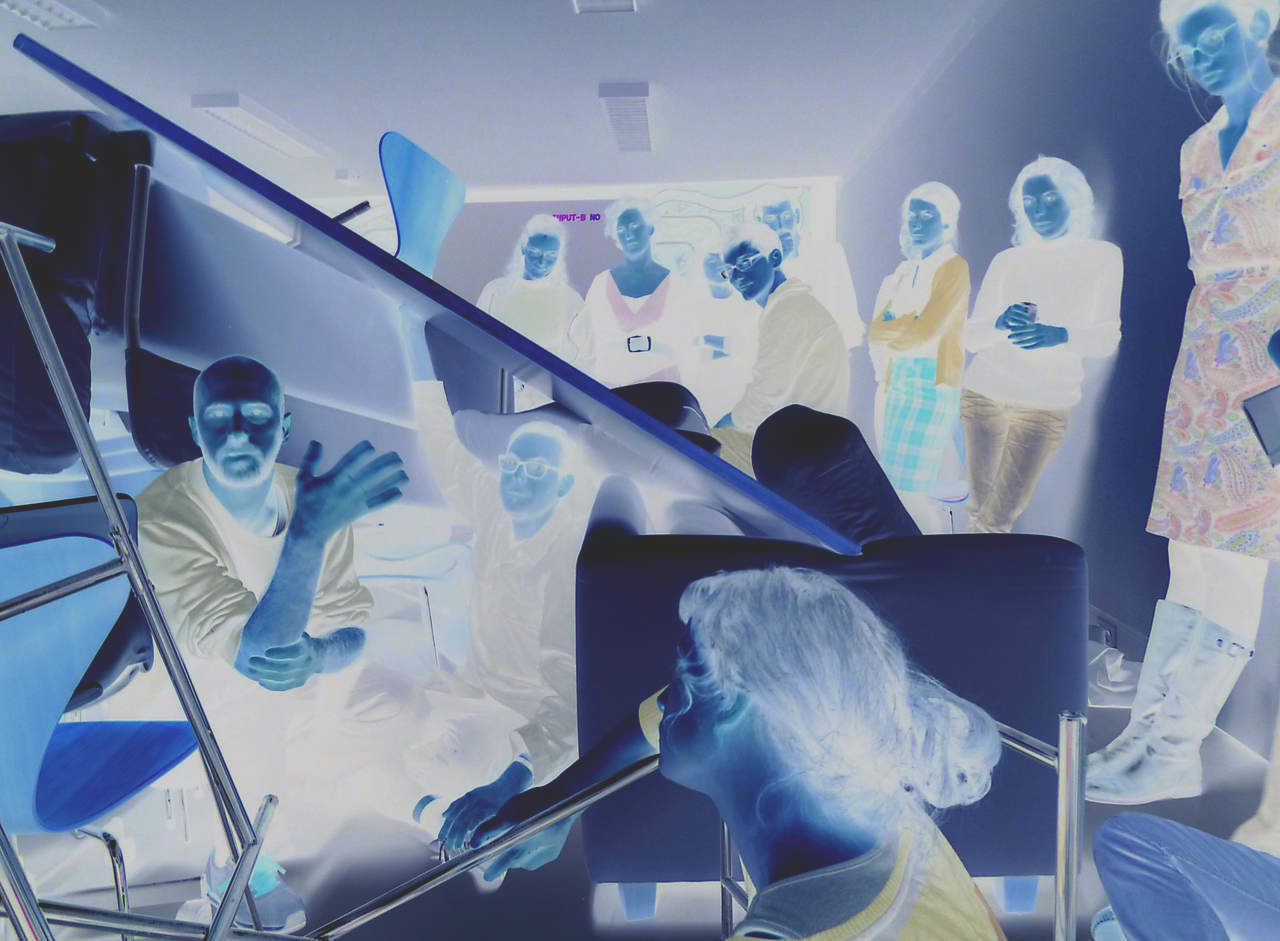 Building the exhibition architecture for We Are the Time Machines: Time and Tools for Commoning (15 November 2015–13 March 2016) has just begun. As the opening gets closer, the study and conversations around where, what, and how to common with art and its institutions gain in intensity. Today we are especially delighted to update you on artist Mattin’s opening performance combining noise and improvisation—and to ask you to actualize it with us.

In an effort to “share negativity” a score will be produced for the opening with Mattin and the entire Casco team, as well as the audience and those involved in organizing the opening. The “performers” are asked to share their negative critiques, half-formed thoughts, frustrations, or experiences developed through the making of We Are the Time Machines as they take it in. Everybody is welcome to perform under their own name, a pseudonym, or anonymously. Rather than affirming the project’s intentions, contents, and form, the score prompts questions to dislocate what one knows and give room for expressions of insecurity. It attempts to create a situation wherein performers and audience alike participate at their own pace in a concentrated concert condition.

The performance will be recorded and uploaded to archive.org so that anyone can have access to it and/or analyze it. In doing so we hope we achieve an exercise in what Mattin calls “Open Source Subjectivity.”

More information to come on We Are the Time Machines a week from today. For further inquiries please click here or e-mail Steyn Bergs (steyn@cascoprojects.org).

* Mattin is a Basque artist working with noise and improvisation. His work seeks to address the social and economic structures of experimental music production through live performance, recordings, and writing. Mattin considers improvisation not only as an interaction between musicians and instruments, but as a situation involving all the elements that constitute a concert, including the audience and the social and architectural space. He tries to expose the stereotypical relation between active performer and passive audience, producing a sense of strangeness and alienation that disturbs this relationship. He has over seventy releases on different labels around the world. He runs the experimental record labels w.m.o/r and Free Software Series, and the netlabel Desetxea. Mattin publishes his music under the no-licence of Anti-copyright. With Anthony Iles, he has edited the book Noise & Capitalism.