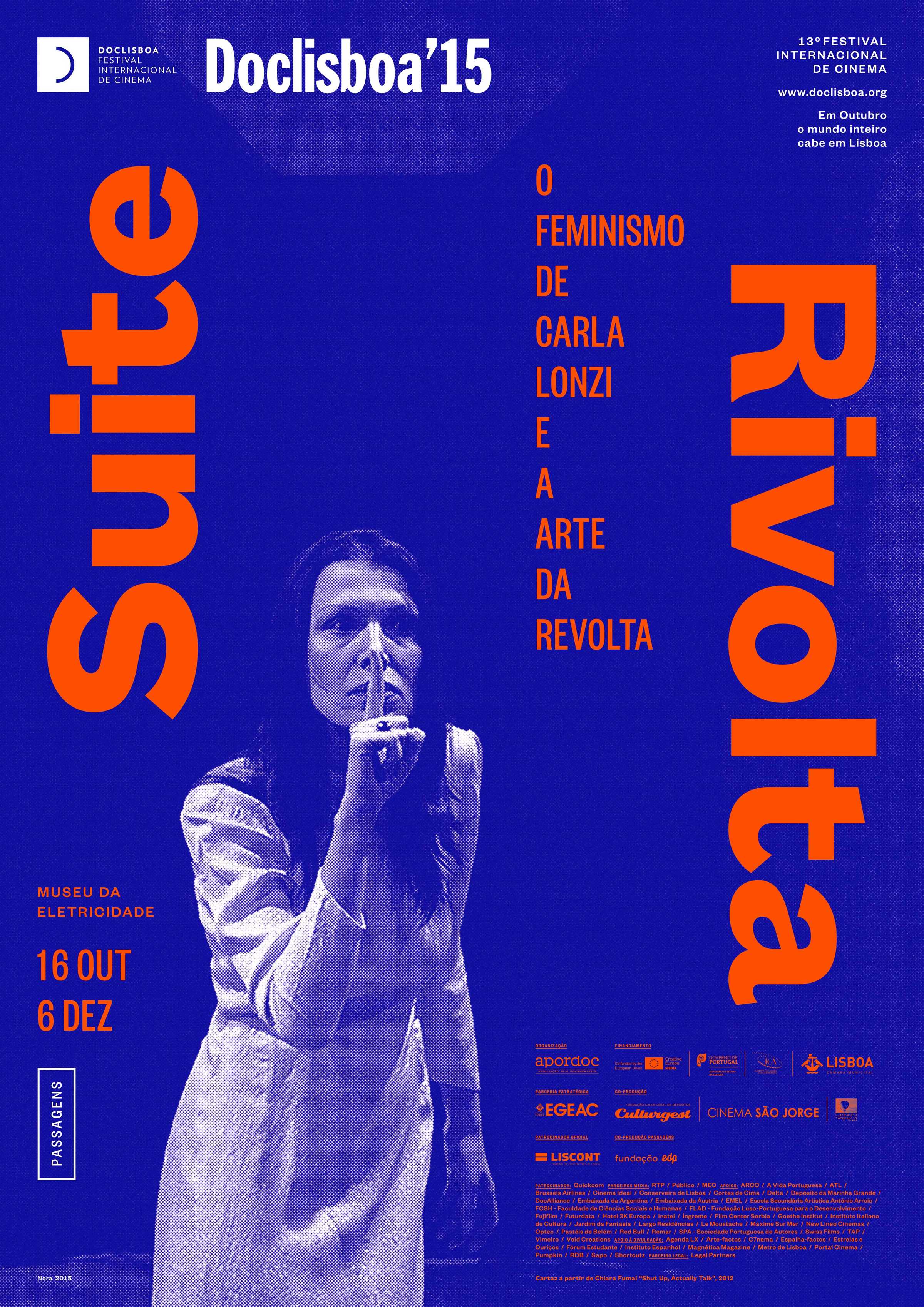 The exhibition opens to the public on October 15, 6h30 p.m., at Museu da Eletricidade and is part of Doclisboa’s "Passages" programme.

The exhibition Suite Rivolta investigates the possibility of rethinking the 1970s radical feminism within a contemporary political and artistic framework. The show gathers together works and documents related to the figure and writings of Carla Lonzi (1931-1982), art critic and feminist in the 1960s and 1970s Italy. Lonzi’s ideas about creativity, sexuality and politics strongly resonate with some of the most urgent issues in art and feminism today.

Along with Suzanne Santoro’s seminal works of 1971-1974, the exhibition presents a number of recent works that reconsider Lonzi’s legacy for its transformative potential. Cabello/Carceller, Claire Fontaine, Chiara Fumai,Silvia Giambrone, and Valentina Miorandi look at her ideas as a set of transformative operations that can be reactivated in the present.

Their works are inspired by Lonzi’s writings and explore issues such as women’s sexuality and pleasure, the relation between body and language, or the political significance of her search for autonomous forms of expression.