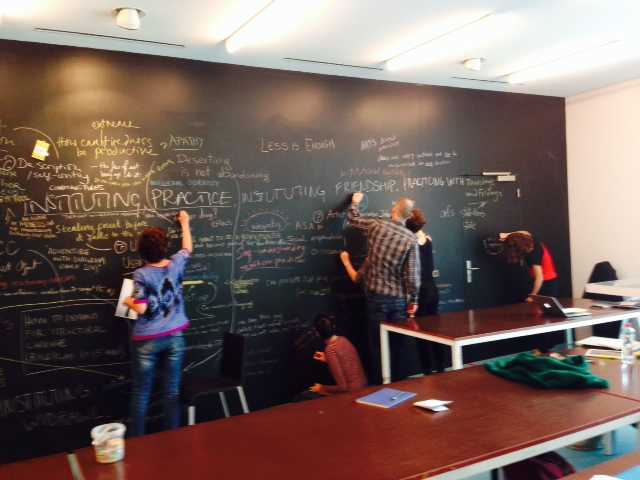 This course has some framing, a structure, and some protagonists. The rest we will leave open for now. Lets start with some definitions, to understand what we think we might mean when we say ‘Practicing With Institutions, Instituting Practice’

1. The actual application or use of an idea, belief or method, as opposed to theories relating to it

2. The customary, habitual, or expected, procedure, or way of doing something

1. An organization founded for religious, educational, professional or social purpose

2. An established law or practice

Inherited notions of what an institution might or could be seem out of step with the complexities, challenges and opportunities of today. ‘Practicing with institutions, instituting practice' begins from the premise that our understanding of institutions needs to be put under pressure - co-opted and repurposed. Artistic thinking and practice can serve an important role here, speculating and working with different models, not to tear them down and start again, but to re-think them from within.

Alongside this we need to find practices, protocols and frameworks that can be instituted. Questioning and challenging different models should lead to action, of ways of working set in motion. In artistic terms this means what was once understood as (institutional) critique needs to develop, as the theorist Gerald Raunig has suggested, towards the 'direction of instituting'. Viewed in its simplest terms, this comes down to questions of how we choose to live and work together – politically, intellectually and culturally.

'Practicing with institutions, instituting practice' will discuss and work through these ideas, with artistic practice (that of the guest tutors and the artists on the course) at it core. This year Practicing with institutions, instituting practice' is teaming up with ruan gruppa, the Jakarta based collective and curators of the 2016 Sonsbeek. Ruan gruppa, whose collective make up and modes of working consistently ask what it means to practice with institutions or institute practice are taking the city of Arnhem as the starting point, context and conditions of their project. Asking what constitutes a city today, they are thinking about the transactions – between people, places and concepts – that take place within it. 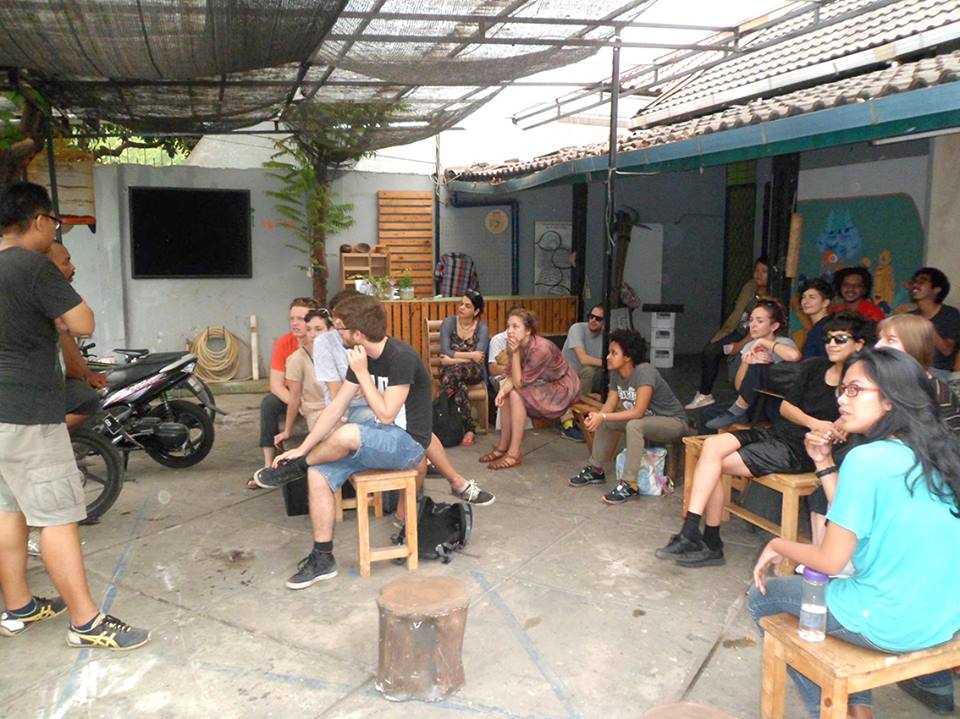 Ruan gruppa the will be tutors on the course (alongside other invited guests) and the course’s monthly workshops will take place in the ruru house, the groups residence, ongoing project and space as part of the 2016 exhibition. As they say of the house: “As we believe everyone that inhabits the city of Arnhem, both as individuals and communities, as resources, subjects, and members of the public—the raison d’etre of the works produced in Sonsbeek 2016, ruangrupa is introducing ruru huis, a physical and cultural space that will function as a multifunctional cross-disciplinary platform.” Through the workshops, ruan gruppa and invited tutors we will engage with the city of Arnhem – we will record it, walk through it, listen to it and perform in it. Over the course of the year we will leave traces of our practice and modes of instituting.

What the accumulative effect of these traces may amount to, will necessarily be left open and unfixed, for now....