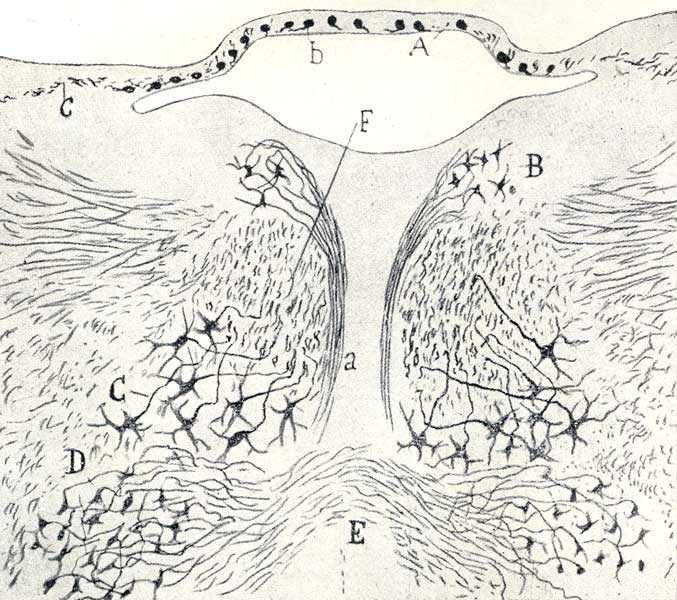 Curator: If I Can't Dance I Don't Want To Be Part Of Your Revolution
Core tutor: Jon Mikel Euba. Co-tutor: Susan Gibb

ACTION UNITES, WORDS DIVIDE (ON PRAXIS, AN UNSTATED THEORY) is the second of two year long courses conceived by artist Jon Mikel Euba at the invitation of If I Can't Dance, I Don't Want To Be Part Of Your Revolution. The course is coordinated by If I Can't Dance curator Susan Gibb.

Over the course Jon Mikel Euba engages in monthly workshop sessions with the group, described by the artist below, and individual face-to-face meetings with each student. The course includes a ten-day intensive workshop as part of the DAI’s Roaming Academy in Indonesia, which will take place at Tanakita Camp Site, Sukabumi.

Extracted and edited from a transcription of a live translation from Spanish to English presented at the DAI Introduction week, Eindhoven, 14 September 2015.

Under this title: ACTION UNITES, WORDS DIVIDE (ON PRAXIS, AN UNSTATED THEORY) I propose the creation of an experimental workshop where I am not interested in setting or defining exercises that are consumed in their execution as a presumed educational experience; but rather where my intent is to share with other agents the real artistic process and problems that I am myself immersed in.

At present, where I am right now, mentally.

During the last five years I have been working on a writing-centred project aimed at defining a form of praxis that may evolve into a technical theory. I am trying to lay the foundations of a praxiology of art, where one can reflect upon procedures or upon one’s practice, by means of writing. This process will start off by applying a taxonomy, by dividing the different aspects of artistic practice – understood as a complex action – into parts. Certain classifications will be created, and groups of materials or groups of problems will be sorted out into grids that share the same features. This process seeks first to understand this praxis from a different perspective and then to transmit it, so it can be used as a theory, applied in praxis with all its complexity by other people. This exercise of free taxonomy – considered itself as an artistic practice – never focuses on the result. Much as happens with this process of writing, my proposal for the course will be more to exercise a parataxis, that facilitates a type of relation through which elements come together. A coordination of elements will be presented side-by-side without a particular order or hierarchy.

The course that I’m proposing, ACTIONS UNITE, WORDS DIVIDE (ON PRAXIS, AN UNSTATED THEORY), will be for those who have already spent the last year together with me, a strict continuation of the previous approach. For those of you who come and join us, the course proposes continuing the writing project mentioned earlier and to analyze technical questions that refer to the artistic practice with an apparent focus on the idea of method. This proposal should be understood as a liminal proposal because the course itself is not located on the side of the method but on the side of the non-method. This I will explain further.

The course will be explained through a protocol of exposure to different materials, linked very often to a series of exercises. Last year I initiated the class with a one-hour conference where a text – which drifted from essay to poetry and from poetry to rant – was translated and read out loud live. The writing also served as material for mediation, joining a group of individual practical exercises or collective exercises that would be developed by the group during the rest of the day. This year the course will be an opportunity to look more deeply into the themes proposed by these texts, from the eight sessions, which have now been edited. We will also incorporate new texts as they are suggested in the course of the course.

A contrast technique. (The performativity of the course itself and writing as a background).

For the last fifteen years I have been developing a work where contrast has been a fundamental technique. Whether it was the contrast between the same piece developed and translated into different media; a piece that had been performed twice in the same media; or the same argument, realized in two different countries simultaneously. This technique – used in science to improve visibility – is supplied in the course by putting in to context textual materials, integrating them into collective pedagogic situations. In these situations, the contrasting is achieved by means of exercises of performativity and orality, used as techniques to distance and escape from writing. I’ve recently realized that if I edit the text after sharing it orally, the text multiplies, the volume of the text increases. On the other hand if I edit the text on paper, writing paralyses, crystallizes. When a text is shared in a class one incorporates the subjectivity of the other in whatever he writes and the text becomes constantly rewritten. The implicit exercise of elaborating theoretical material for the course will explore the text from two aspects. On the one hand associated with the idea of the immaterial, the content, and on the other hand regarding its material aspect, as a form where the text will also be understood as a notation, as material that can be activated through performativity. Putting the text in the form of an act, which contains potentials for future development, as well as the possibility of configuring it as an autonomous text form.

The aims of the course.

From the starting point of the theoretical material, I propose reflecting on an analysis of the practice. We will raise questions that are more general, and they will be filled in as the course progresses. The intention is to help participants to develop and reflect on their own work. I will be focusing specifically on strategies which simultaneously stimulate reflection and self-critique, but that also allow for the empowerment of individual subjectivity increasing the levels of freedom of the participants. My wish is that the texts might spur people into getting to work. I would like to achieve a course that starts off from a starting point of abundance. This concept was put on the table in the last course and we will develop it further in this next one. An abundance that might reinforce at the same time, the illusion of abundance and the certainty of the participants. In my recent contacts with students of art, I've noticed that there is a weakening in certainties, a diminishing of the confidence and their own intuition, in life, and of course, in art. From the basis of abundance we’re driven not to connect to our lack of knowledge, critical spirit, and so many other things that are lacks, in negative. Within an academic context, this would entail that the materials of intermediation would be working more as defensive shields, by which knowledge – understood as information – is almost being used as a weapon. What I am proposing is to work from a place of abundance in positive, as a desire for more.

I’ve recently observed that in certain contexts, to reclaim an individual subjectivity is something that is frowned upon. This might be due to a strange and misplaced idea of the democratization of knowledge. An author, said S. Prego, is just the person who accepts responsibility of whatever he or she has done. The subjectivity of an individual person does not lend itself to transference or to trading. What’s more interesting even, and for some people paradoxical, is that when one individual has found the way of expressing his/her own subjectivity and shows other people what technical means were used to achieve it, these other people might feel that their own subjectivity will be claimed. Perhaps not in a very articulated fashion, but it is certainly existent as a potentiality that can be further expressed. Subjectivity always turns out to be democratic by means of isolation, by means of radical self-centeredness. It’s like a particle in quantum theory that can be located at two places at the same time. If we could manage to set one person truly facing another, this other person would immediately recognize himself/herself in the other’s subjectivity, reflecting oneself, seeing how a space is created for both of them. Last year’s class finished with an alert cautionary note on the academic virus. Now this virus has become a plague and it is weakening the artist who actually falls into the trap of legitimization through other people. Usually this emerges from an excessive faith in some kind of salvation that may come from the outside. And this outside is now theory. At that time I explained that I was creating a table that might allow us to expose academic products that intend to occupy the space of artistic production. The basic formula is asking yourself: what you hear, what they tell you, do you find it interesting? In that case it’s academic. On the contrary, if what you hear fills you with passion, makes you want to get off your seat and spurs you into action, than it might be art. Beware of the interesting.

I’m currently contrasting two radically different teaching experiences in two different countries. I will attempt similar propositional approaches in order to analyze the results according to the different conditions. Presentiality and permanence, the intensity of the work associated to the available space in the case of Kalostra Art School in San Sebastian, in contrast to another type of high intensity, associated to the time in the DAI Master Programme where the student finds themselves without a studio, in a different country, during brief periods of time. In both cases, I’d be interested in seeing how each student can develop their own practice and reflect on it at the same time.

ACTION UNITES, WORDS DIVIDE will consist in sharing a certain knowledge extracted mostly from artistic practice – through experiences that have drifted through the body as a whole. We will also reflect on techniques through writing. The texts in the course will cater to professionals amateurs (professional lovers) of art and anyone who might wish to create or to generate something, hoping that it will serve to reinforce some aspects of their process or to help in a creation of their own. What I am trying to do is what other people before me have done: to talk in a different way about simple problems, starting off from the technique, and then moving on to the more complex problems, and to corroborate if it is true that when one starts off in technique, one can still outline a certain ideology.

Along with the issues discussed in the past year, listed below:

We will additionally continue to discuss:

- On the ideology implicit in the choice of certain processes and means of production.

- About restrictions, stressing the limitation on materials and time.

- Production and zero expenditure, when delegates, which is delegated.

- About ways to customize the environment, specifically write forcing the expression.

- About the idea of score (Score versus Storyboard).