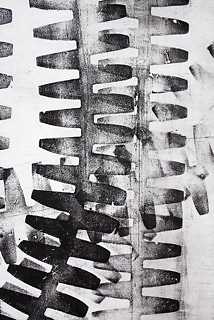 All Together Now is proud to present Roofless, the first solo exhibition of Fraser Stewart (UK 1986). For Roofless, Fraser Stewart made an installation of his latest body of work consisting of ceramics, etchings and sculpture.

Fraser Stewart is currently a resident at the Rijksakademie voor Beeldende kunsten in Amsterdam. He had performances at museums and institutions worldwide and participated several group exhibitions. Fraser Stewart received his BA with honours at Leeds Met University School of Contemporary Art and Graphic Design and got his Masters at the Dutch Art Institute (DAI) in Arnhem.


"On the other side of the canal, two boys are playing a game together with a bottle of coca-cola. Their game is a simple one: place the bottle filled with cola in the middle of the road and wait for the passing cars to hit the bottle, thus causing it to explode.

The boy waits for a pause in the traffic and runs to the other side to collect the bottle. Without hesitation he turns back without observing and launches the bottle back into the road. This time is a direct hit. A BMW comes to a stop a little way down the road. The bottle is gone. The two boys look at each other, speechless they hesitate what to do, stay or leave.

The driver of the BMW is a big built, rough looking man, wearing a long black leather coat. He steps out of the car and walks towards the boys. His face says a thousand words. He walks into the middle of the road and picks up a large part of his car which that has broken off and lies on the tarmac.

The two boys jump on their bikes and disappear around the corner."