Report on the 9 December, 2014 session ~ "Art Writing" ~ with Maria Fusco, Reader at Edinburgh College of Art and Christa-Maria Lerm Hayes, Professor and Chair of Modern and Contemporary Art History at the UVA. 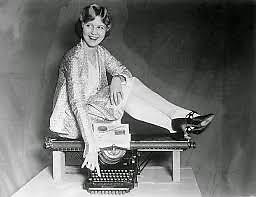 The APRC public launch took a special focus on the relation between art and writing from different perspectives. Writing considered both as art practice and as an essential element in research constitute a space with the capacity to introduce creative methods in practice-led research. Two exceptional guests accompanied us this evening: Maria Fusco, writer and editor of numerous publications and projects, among which the journal for experimental writing The Happy Hypocrite. Maria is a Senior Chancellor's Fellow-Reader at the University of Edinburgh and previously Director of Art Writing at Goldsmiths, University of London. And Christa-Maria Lerm Hayes, writer and curator whose research interests focus on word and image studies. She is Professor of Modern and Contemporary Art History at the University of Amsterdam and previously Professor of Iconology at the University of Ulster, Belfast (Northern Ireland).

The evening started with an introduction by DAI’s director, Gabriëlle Schleijpen, followed by a presentation of APRC’s upcoming programme, goals and structure by Florian Göttke and David Maroto. Maria Fusco then read her book With A Bao A Qu Reading When Attitudes Become Form (2013), an experimental literary space where Jorge Luis Borges’s fantastic being and Harald Szeeman’s Documenta meet. Christa-Maria Lerm Hayes spoke about her curatorial project Convergence: Literary Art Exhibitions (Belfast, Limerick 2011), which explored the connections of writers like Joyce, Beckett, Kafka and Sebald with contemporary art practice. Maria and Christa-Maria were joined by Florian and David to continue the conversation opened by their presentations in a round table discussion. 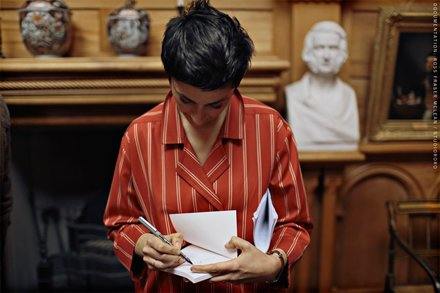 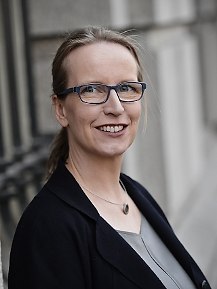 Christa-Maria Lerm Hayes: Professor and Chair of Modern and Contemporary Art History at the University of Amsterdam.