A Hole in the Brain 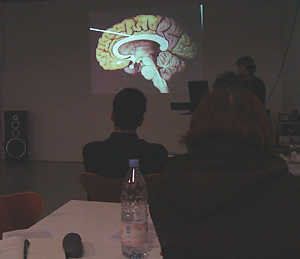 The fact that the brain is ill does not lessen the truth it finds.
-- Fyodor Dostoyevsky (novelist + epileptic)

This project, organized jointly by the Dutch Art Institute and the dr. G.J. Hoytema Stichting, investigates the visual functioning of the brain and the effects of a stroke on the individual’s perception of the world.

Neuroscientists work diligently to analyze the brain’s separate workings and to form a coherent picture of the whole. There have been some recent attempts to isolate specific regions of the brain that may be linked with creativity or genius.

Artists might not be interested to view creativity as merely a string of neuro-impulses, or to definitively pinpoint the source of their best ideas. However artists have long been actively developing their own tools for investigating the senses.

People who have suffered a stroke have been forced to cope with a world suddenly strange and unfamiliar. The loss of some functions in processing stimuli has scrambled and rearranged their perception of the world, made some aspects of it inaccessible, and put the whole into a new fragmented order. However the knowledge and experience of stroke victims is of special importance and value for the medical community and the general public for they alone are in the unique position to describe ‘the inside of a stroke’.

A Hole in the Brain involved these three parties: members of the scientific community, artists, and people with firsthand experience of altered brain functioning. The students of the Dutch Art Institute produced portraits of four individuals who have had strokes and who deal with the consequences each in their own way. A seminar (open to the public) for the students of the Dutch Art Institute in Enschede, took place on 9 February 2006, and served as an introduction to these themes. Several invited lecturers delivered talks on aspects of their research including visual perception and neurological analysis, as well as an overview of the specific medical dossiers of the four people involved in this project who have had strokes.

In the period following the student seminar, eleven students of the Dutch Art Institute worked in small groups with the four individuals who agreed to participate in the project. Each of these four people had very distinct and individual stories, medical history, and attitudes. The students had intensive and very personal meetings with the four patients and worked from different approaches to carve out portraits that show the very subjective points of view of the patients.

The portraits were then presented at the symposium of the Dr. G.J. Hoytema Foundation at the University of Twente in Enschede on 21 April 2006. The result of the project were three video-portraits and one portrait in form of a domino-game combined with a documentary video showing the portrayed playing the game with his wife. The works were presented at the symposium A Hole in the Brain next to the scientific portraits presented by the medical speakers and first-person accounts by the patients themselves. The artists’ portraits offered a very direct and sometimes very emotional view into the experience and the life of the persons who experienced a stroke.

Pictures of Seminar - 9 February 2006 at the Dutch Art Institute 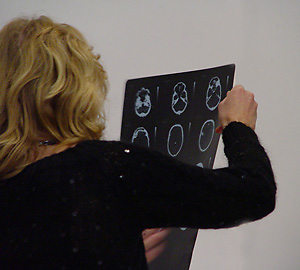 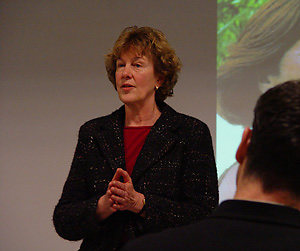 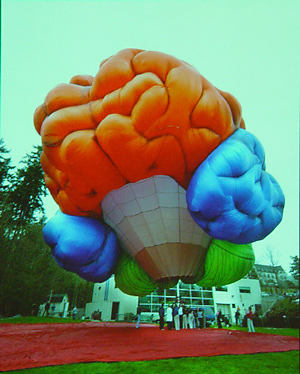 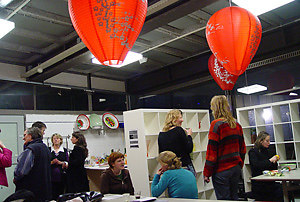 Preparations, presentations and after...
21 april 2006 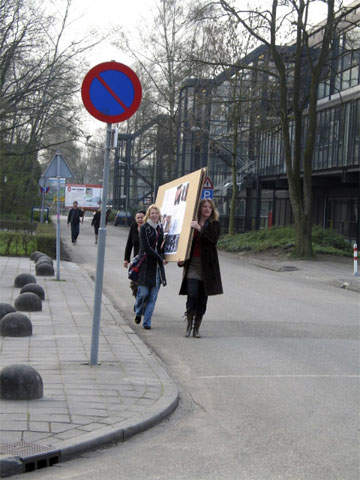 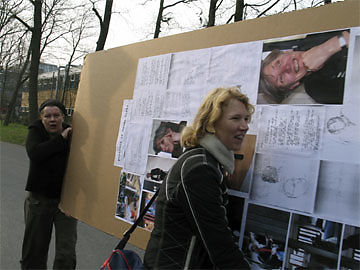 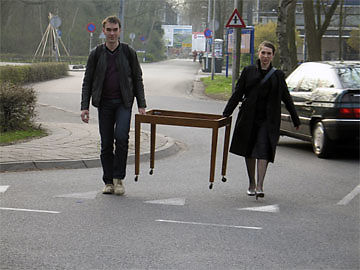 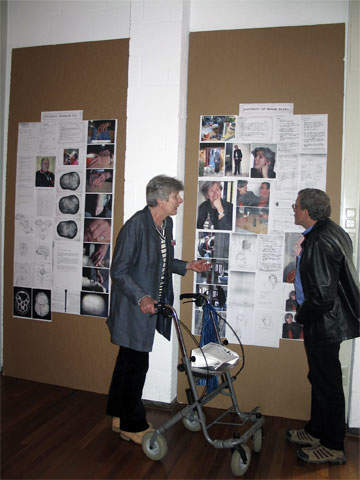 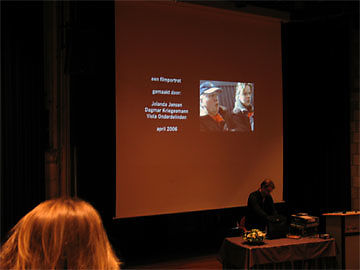 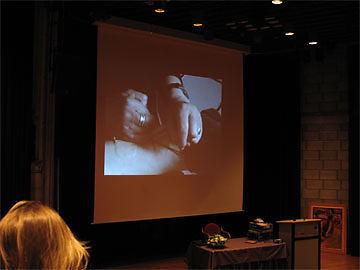 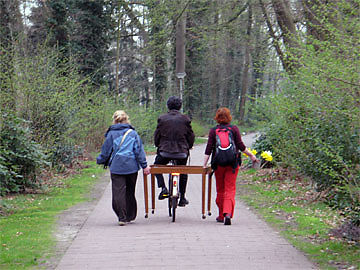