Report on the 16 June, 2015 session ~ "APRC KITCHEN ~ SLOW COOKING"~ with as respondents Ruth Noack and Benjamin Noys ~ Report by Benjamin Noys, Professor of Critical Theory at the University of Chichester. 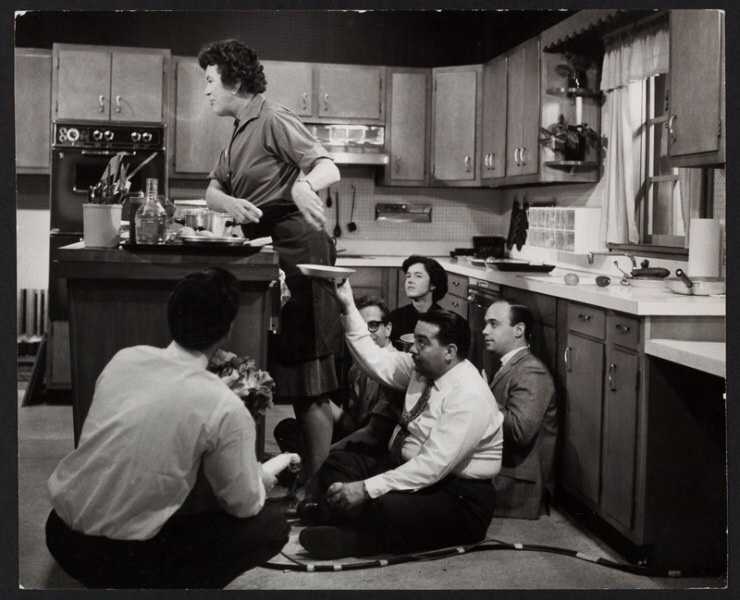 APRC reached the end of its first year with a special seminar, open to a group of DAI alumni who joined in an afternoon of presentations and discussions. Taking its cue from DAI’s workshop ‘The Kitchen, not the Restaurant’, Slow Cooking: the APRC Kitchen was a moment to share each one’s researches in their current status. Each presenter was invited to speak about their research in front of the rest of alumni, the two PhD associate researchers, DAI’s director Gabriëlle Schleijpen and two special guests: 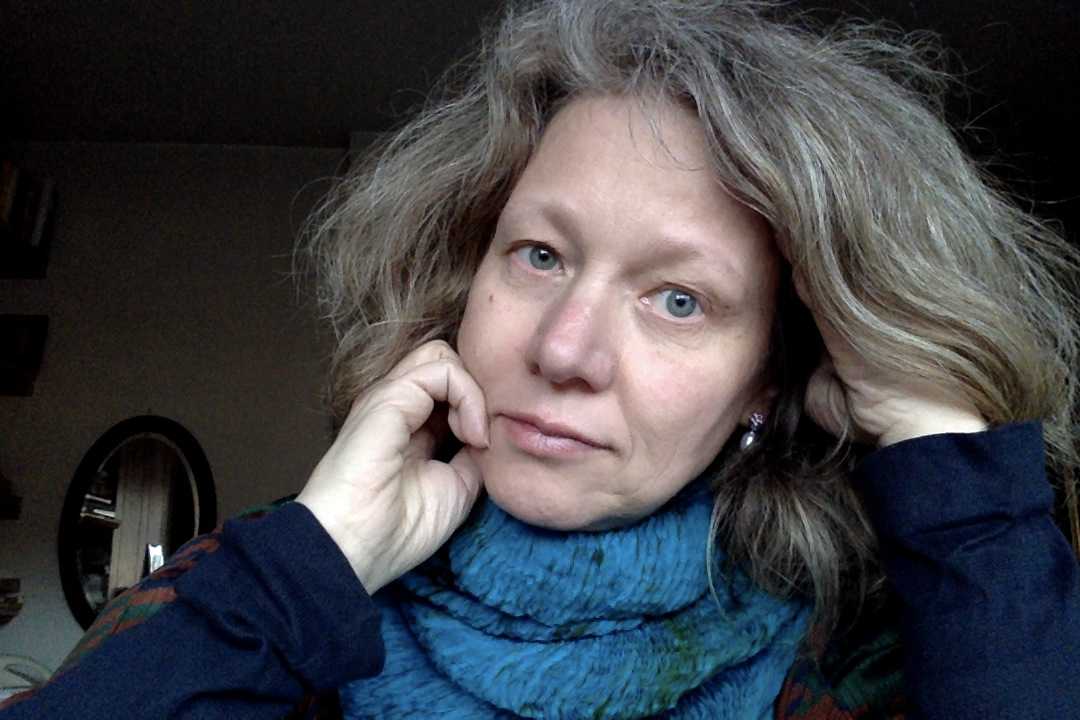 Ruth Noack (art historian, critic and exhibition maker. She was the curator of Documenta 12 in 2007)  and 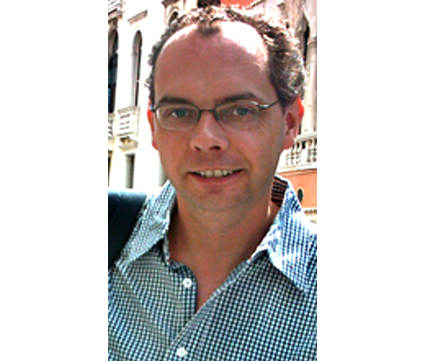 Benjamin Noys (Professor of Critical Theory at the University of Chichester), who acted as main respondents and offered with their feedback the ground for the subsequent group discussion.

"The intensive programme, from 13.00 to 17.40, involved 20 minute presentations by seven artists and responses by Noack and Noys. With such a schedule and due to the fact I had to depart quickly after, time for conversation and discussion was limited. I would have particularly enjoyed the opportunity to have more informal conversations with the participants.

The issue of the functionality of the schedule was raised in the group discussion and I would agree fewer presentations or longer time for discussion would be useful. It also seemed, from discussion, useful to better clarify the nature of the event to participants in advance. I saw the focus as being our responses to research questions the artists had and my role as a theorist as being to suggest and discuss the ways theory could and could not inform this research practice and art practice.

I found this to be a useful discussion and both I and Ruth, from our different experiences, have engaged with the issues surrounding the articulation of art as research and the possible relations of art to research. It might be useful to organize a discussion on just this question, which seems to generate a great deal of misunderstanding on both sides and remains often ad hoc in the UK system, having evolved out of ‘practice PhDs’ and the entry of art outputs into the Research Excellency Framework (previously the Research Assessment Exercise) with accompanying statements to justify the research element.

I enjoyed meeting the participants, their willingness to engage in discussion, and their capacity to present their art and projects in such a format. The range and diversity of the work seemed energizing and engaging, hence I am not sure closer focus in terms of the nature of the projects would necessarily produce a more coherent event. It seemed more interesting to me to work with emerging connections and conflicts between the different projects and art that would be presented. I also, as I always do, found it fascinating to consider the translations between theory and art, both successful and unsuccessful. It seems to me events like this offer the opportunity to go beyond what Ruth called the ‘machine’ model: simply ‘crunching’ work into typical theoretical orientations, like Deleuze or Rancière, to mention two conventional choices. This freezes theory and reduces art to mere exempla. The dialogue possibilities could move beyond these limitations to involve a true friction and tension between theory and art, to suggest that ‘translation’ not be smooth but difficult, uncomfortable, and change the ‘languages’ we speak on both sides". (June 17, 2015)

Below, a summary of the researchers and their presentations (in order of appearance):

In recent years an increasing number of artists have begun to integrate their novels as a fundamental part of their visual art projects. The central question of David’s PhD research is whether a literary genre like the novel can be considered a medium in its own right in the visual arts, as a video or installation could be. He presented his PhD practice-led project, constituted by a written essay and a novel that gives an account of the making of a (specially commissioned) new artist's novel and its creative process, from the initial fantasy to the novel’s publication.

Together with curator Joanna Zielinska, David initiated The Book Lovers, a long-term project focused on artist novels with the support of a number of international art organizations. He has co-edited Artist Novels (Sternberg Press), the first publication to deal with this subject. David holds a MFA from the Dutch Art Institute (2013) and is currently pursuing a PhD at Edinburgh College of Art.

Jimini’s research concerns the issue of prostitution and its place in popular imagination. She is interested in the way in which legislation and image forming are reflected both in women’s experience and in the way in which society responds to them, as well as to the phenomenon of prostitution. The research is ongoing, and juxtaposes the stories of women on the front line of the prostitution industry with legislative texts, academic analyses and personal reflections. Thus far, it has found form in a number of outlets – a book, a performance, and a video installation.

Jimini earned her MFA at the DAI in 2010. “As an artist, I feel the need to offer resistance to ‘life’s brutalities’, and although ‘activist art’ is not a new phenomenon, there is something about the times we are living through whereby I feel that a certain urgency has made the combination art and activism more necessary.”

Masquerades of Research is an ongoing project engaging the complex dynamics of researcher and subject through a philosophical lens. Questions will be focused toward research in practice, as well as the intuitive processes that occur in the emotional intensity of making. Masquerades of Research allows confrontation with mutually misunderstood language (listening and the image become equal objects of impact). After an introduction grounding current concerns, Padraig outlined the social, historical and artistic context of his project; ending by screening the short 16mm film Chapter 5: Risks of the Game.

Padraig studied Sculpture at LSAD, Ireland 2004–2008, and at DAI 2011–2013. He works on writing, research and discursive projects, retaining a strong interest in expanding ideas of sculptural gesture through visual media. The work engages queer histories, as well as the economy and philosophy of the image: not as novelty subjects in themselves, but as epistemologies integral to how we perceive contemporary life.

In a performative way, Anna read part of a short experimental film in which she is exploring Derrida’s reading of Narcissus and Echo. How do love and perception change when surveillance and narcissism are no longer distinguished from each other? What are the emotional and political consequences of such a situation? How could we read Derrida’s interpretation of Narcissus and Echo in relation to the digitally represented body? Anna is interested in the moment when utopic motivations have dystopic results. In this project she is using scripted narrative to explore this.

Anna earned her MFA at the DAI in 2012 and her BFA at the Rietveld Academy in 2007. Her work revolves around the visual construction of power. She explores the unstable line between utopia and dystopia: the moment that the difference between freedom and suppression is about to dissolve. Anna works with performance and film, often including groups of participants in public space or on historic sites.

The crash of 2008 was the collapse of a collective narrative, a collective myth, a collective dream. Rosie's research is set in Iceland – one of the first and most profoundly hit countries of the crisis – where she is exploring the structure and nature of collective narratives and myths, and the driving force behind our collective dreams. How might we readdress how we perceive the world and find new ways of coming into dialogue with these internal and external forces, yet without succumbing to the worn-out, futile and false pretence of controlling those things we cannot control, or, unwittingly, have them control us?

Rosie earned her MFA at the DAI in 2012. In her artistic research she focuses on the construction and destruction of personal and collective narratives, and considers the constitution of the self and perceptions of reality through the act of (self-)storytelling. By means of interviews, audio-works, video, performance and printed matter, she explores the forms and language of narration and self-narration.

Kristiina introduced two of her practice projects that belong to her PhD research, four channel video installation Rituals to Mutations (2013) and installation of objects Blackballing (2013). These are embedded in the daily life of semi-industrial, suburban migrant worker villages in Beijing. She addressed the incorporation of local knowledge and different levels of collaboration in her practice, as well as the question of how to communicate these processes to the viewer. Her research is framed in the context of globalization, the posthuman condition, and nomadic subjectivity.

Kristiina conducts practice based PhD research titled Interconnected In-between: On the dynamics of abjections, animism, temporality and location in art practice at the University of the Arts / Chelsea College in London. She earned her MFA at the DAI in 2007. Her work has been presented in Europe, Asia and the Middle East. She has published several articles and artist’s books and has conducted numerous talks, lectures, workshops and other academic work.

Florian is currently working on his PhD in Artistic Research entitled Burning Images – Performing Effigies as Political Protest at the University of Amsterdam and the Dutch Art Institute. It deals with specific media images that show protesters who hang or burn dolls depicting public figures as signs of political dissent. It is a peculiar age-old and widespread genre of protest that in recent years has been increasingly visible in the media in international conflicts. Florian will examine a series of photographs from demonstrations in Baghdad, focusing on notions of bodily absence and embodied and mediated presence.

Florian investigates the functioning of public images and their relationship to social memory and politics. His lecture and book Toppled about the fallen statues of Saddam Hussein, is a critical study of image practices of appropriation and manipulation in our contemporary media society. Florian teaches at the Dutch Art Institute since 2006 about topics related to art and the public domain.