At DAI we are proud to know that our 2014 alumnus Tommie Soro is awarded the Fiosraigh Dean of Graduate Students Award which enables him to undertake PhD research from Dublin Institute of Technology / GradCAM. GradCAM's new doctoral researchers and a discussion will be presented at the 56th Venice Biennale on 28 June 2015 at 1pm 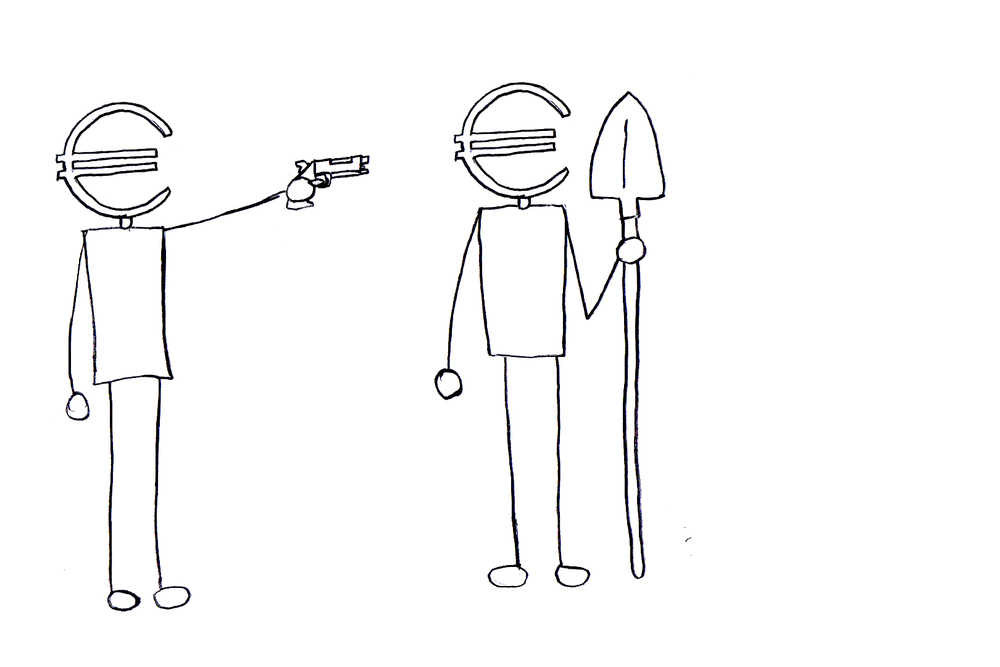 A new generation of researchers at GradCAM, Ireland.

GradCAM is pleased to announce the recruitment in 2015 of seven new funded doctoral researchers. The new recruits include artists Jeannette Doyle and Tommie Soro and their projects range form the de-materialised object to reputational economy in contemporary art, to annotation and categorisation of improvisation and live performance.

The new researchers include:

Jeanette Doyle
"Relationships between the immaterial and dematerial in Contemporary Art practice with particular emphasis on Digital Art."

Jeanette Doyle is an artist. Her work encompasses painting, drawing, print, sculpture, video, animation, performance and text. Doyle is a member of the Aesthetics Group, Digital Studies and a co-convener of The Enquiry all of which are hosted by GradCAM and through which she publishes regularly. She received the Fiosraigh Dean of Graduate Students Award to undertake PhD research from Dublin Institute of Technology.

Tommmie Soro
"The Discursive Construction of Reputation in the Contemporary Art World."

Tommie Soro is an Irish artist born in Dublin in 1980. Usually taking place in public space his work explores social beliefs and behaviour addressing themes such as consumerism, nationalism and religion. He received the Fiosraigh Dean of Graduate Students Award to undertake PhD research from Dublin Institute of Technology.

Conor Maguire undertook his Masters Degree in Ceramics at Cardiff School of Art and Design. Conor's current research is being carried out within the GradCAM research group. He received the Fiosraigh Dean of Graduate Students Award to undertake PhD research from Dublin Institute of Technology.

Sinead Rice
"A Tale of Two Cities: Representations and Recollections of Dublin City in the Mid-Twentieth Century."

Mike Glennon
"Write Movement" is a research project exploring the utilisation and annotation of gesture, physicality and motion tracking in contemporary music composition and performance.

Mike Glennon is a Dublin-based composer, performer, curator and intermedia artist. His audiovisual works have featured in digital arts exhibitions and at music and film festivals in Paris, New Orleans, Cardiff, Colombia, Italy, Cork, Dublin and more and his music has been released across Europe via Harmonia Mundi. He was awarded the Digital Studies PhD Scholarship at GradCAM/Dublin Institute of Technology.

Together with seven (current doctorands), the fellows (five) and the international fellows (six) the new researchers will form the second generation of GradCAM, and continue the project initiated in 2008 to create a vibrant, challenging and critical environment for artistic research.

With the announcement of a new cohort of doctoral researchers funded through the Graduate School of Creative Arts and Media in Ireland, it is timely to consider the experience and practice of the first generation of researchers to complete their research projects wand what happens after the PhD. Georgina Jackson, Conor McCarrigle and Dave Loder speak with the current and the former Deans, Noel Fitzpatrick and Mick Wilson respectively, about their experience and the impact of doctoral research on their subsequent practices as artist, curator and critic. Given the much debated question of the role of doctoral education in contemporary art, this informal discussion tries to open up the question from the perspective of the first wave of graduates from one of the many experimental platforms that emerged in Europe during the 2000s.