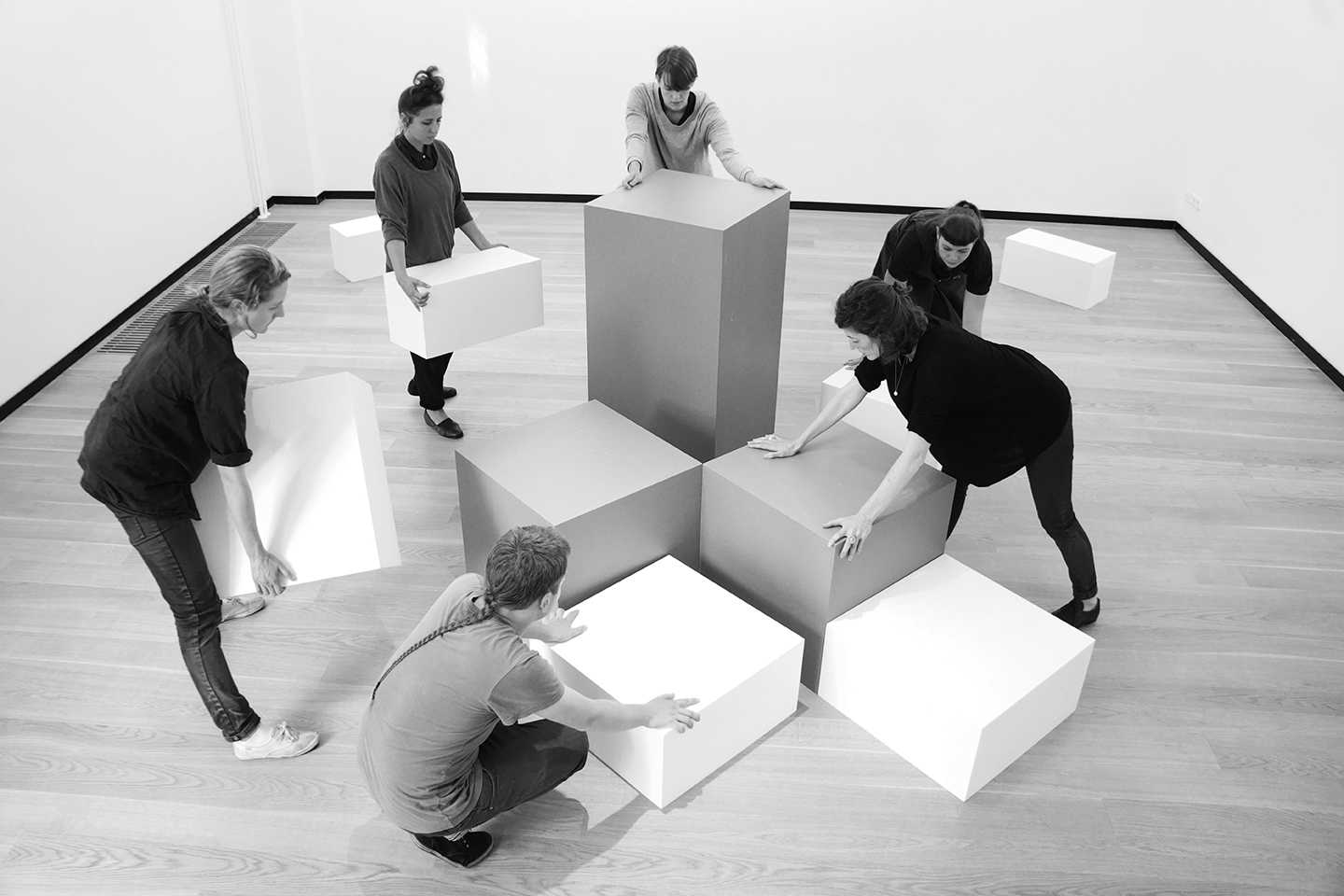 On the 6th of June, from 21.00 onwards, The Museum of Unconditional Surrender will present its coinciding museum night, with presentations, readings and performances by David Bernstein, Alexis Blake, Yoeri Guépin, Tim Hollander, Hannah James, Wesley Meuris, Museum of Museum, Musique Chienne, among other guests.

During A Night at The Museum of Unconditional Surrender, a range of positions – integral to its exhibition – will be activated and addressed, revolving around the question: by what means of thinking and acting can we overcome the persistent separation between objects and subjects, visitors and the artworks they come to witness in an exhibition? To what degree is this ongoing division of roles informed by classic museological notions of structuring and ordering external objects and realities by means of taxonomies, hierarchies, and classification mechanisms, making objects seemingly dependent on their translation into name tags, descriptive and academic texts? Have we been reasoning badly with objects in the space of an exhibition, over-animating and over-projecting, whilst resting too comfortably in and with our firmly assured categories of being human?

In that, A Night at The Museum of Unconditional Surrender will make an attempt trying to loosen and dissolve the implied distance and hierarchies between the human figure – in the guise of viewer, audience member and visitor – objects and thingly-matter. Through a variety of stage-setups and performative tools, the often delimited roles, granted to and by things and humans in an art context, will be made ambiguous and fluid, from passive subjects to active objects, and vice versa. Positions include: a lecture-performance by Yoeri Guépin, entitled The Thing That Disappeared Into Other Things: a visual journey focusing on the ecology of objects in different guises: the index, the database, the collection, and the exhibition; How to Handle an Object, a performance and series of object-‘handlings’ choreographed by Alexis Blake, diffusing the boundaries between the space of exhibiting and the space of utility, stage and audience; a presentation by Wesley Meuris on FEAK (Foundation for Exhibiting Art & Knowledge), the enterprising loan program that makes art available for everyone; Se non é vero é ben trovato, a performance in which David Bernstein tells a story about an architectural competition for a glamping resort in Malaysia; and the discussion A Parliament of Artists and Things with Tim Hollander and Hannah James, revolving around the quest for a common and shared language between humans and other objects and entities in the space of an exhibition. The night will be accompanied by the ongoing screening of a museological film compilation entitled Collection Cinéma by Museum of Museum, as well as a music act by Musique Chienne – music for dogs and humans.