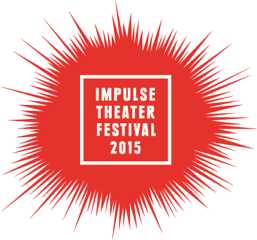 How are we represented? Who do we represent, by what right, how? These questions aim at the core of every society and at the same time, they have always been the key questions of theater: Who and what can and should be presented on stage, who talks about whom, instead of, for whom, with whom? Impulse 2015 presents remarkable independent theater productions from the German-speaking world and explores, how society performs itself, for whom it performs and: Who is allowed to be part of the game. How can theater be a political, public space today?

In Gob Squad’s “Western Society“, the opening production of the festival on June 11, the live-art-masters again portray themselves – but the glittery portrait becomes nostalgic: it shows a society, that actually doesn't exist anymore, that can't exist anymore. Milo Rau also takes a closer look at the western community in his internationally celebrated performance “The Civil Wars”, he looks for an answer to the question why young European adults enter jihad as warriors. The Actors don't look for the answers in the representation of the others, but in their own biographies. Gintersdorfer/Klaßen in contrast have opened their stage to other forms of representations years ago: “Chefferie” is not only an old African principle of assembly of many equal chiefs, but also the vision of Gintersdorfer/Klaßen's artistic practice. andcompany&Co. also speak with many voices in “Sounds like war: Kriegserklärung”, when they – using beats, utopias and memory scraps – ask how to end wars that never have been declared.
The young theater makers Markus&Markus bring up several dilemmas at the same time. “Ibsen: Ghosts” is a theatrical monument for a deceased person and the confrontation with a real suicide: What can be shown at the theater, how true, how close, how serious can it be? Are we voyeurs or witnesses? It is as personal as it is political, when Rabih Mroué, a Lebanese director and visual artist who lives in Berlin, lets his brother perform in his touching and affectionate work “Riding on a Cloud“, to whom representation literally does not mean anything anymore: After being severely wounded as a child in the Lebanese civil war, he lost the ability to recognize reality in words an on pictures.
But theater does not only represent, at the same time, it is a real place for real negotiations by real people. Herbordt/Mohren’s “The Performance” is the performance of an institution, representation and the thing itself at the same time, a game with categories and attributions. The spectators keep a maximum of freedom of choice, they're allowed a lot, but they don't have to do anything. In “Anonymous P.“ by Chris Kondek & Christiane Kühl, this freedom of choice has long been taken from us in a frightening way: Our data is sold by secret services and commercial companies with the aim to predict every one of our steps. When we all gather around a German oak that will be restored carefully and with difficulty during the last long night of the festival together with Hendrik Quast & Maika Knoblich in “Der Ur-Forst”, one thing becomes clear: The utopia of a self-determined identity is fragile.
Additionally, Milo Rau's documentary of the performance “The Moscow Trials“, shows artists, curators, radical orthodox persons and reactionary journalists negotiate freedom and art. And the performance band Maiden Monsters brings the “Sound of Crisis” from Greece to Mülheim – and therewith a different image of the European south as it is publicized in Germany at the moment.

The invitations are complemented by three international productions: In Mülheim/Ruhr, the Silent University Ruhr initiated by the Kurdish artist Ahmet Öğüt will be permanently established, an autonomous platform of exchange of knowledge for and by refugees, asylum seekers, migrants and non-migrants. With “Building Conversation” the Dutch director Lotte van den Berg at the FFT Düsseldorf implements theater as what remains when you strip it of everything that is not necessary: A conversation by appointment with defined rules for the game. The spaces of conversation that the British artist and film maker Phil Collins creates with students from Cologne and Ramallah during “Our Position Vanishes“, are mobile: Two buses with the charm of the good old days connect the partner venues in Cologne and Düsseldorf to the festival center in Mülheim/Ruhr. They become places of collective experiences, in which geography and sound, political theory and concrete action are overlapping.

Impulse 2015 explores theater as an agonistic space, in which social and political differences can be openly negotiated. Godmother of these thoughts is the political theorist Chantal Mouffe, who accompanies Impulse as a kind of festival philosopher. The theoretical basis of Impulse is provided by a conference, lectures, and inputs by Armen Avanessian, Boris Buden, Oliver Marchart, Chantal Mouffe, Gerald Raunig, Vassilis Tsianos, Tirdad Zolghadr et al.

For the first time in its history, the Impulse Theater Festival focuses on one city: The Ringlokschuppen Ruhr in Mülheim becomes the center of independent theater for ten days, while Düsseldorf and Cologne are on board as associated partners. In the future, Impulse will take place annually again and the involved cities will take turns in being the main venue of the festival.