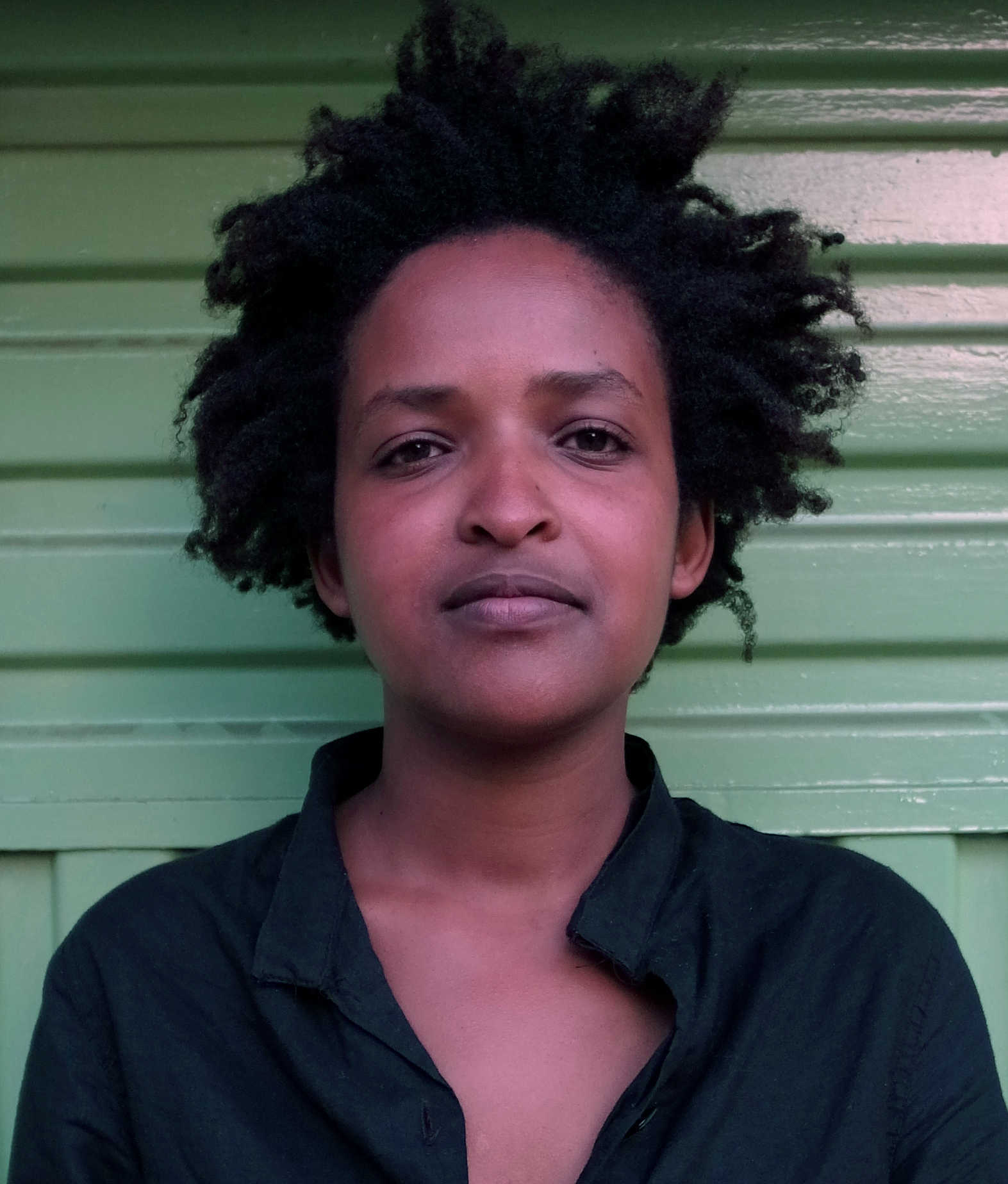 Helen Zeru is one of the most promising young artists operating between Europe and the Ethiopian capital city, Addis Ababa. On her own initiative, Zeru has taken influential leadership roles in collaborative projects and self-run artists’ organizations in Ethiopia and abroad. Having already overcome a number of educational, economic and gender barriers early on with her entrance to and graduation from the highly competitive Addis Ababa University Department of Fine Art, she focused her energy on deepening her artistic practice, and has shown a high level of self-knowledge and discipline in the process. While working with fellow artists during residencies in Berlin, Vienna, and Kampala, and performing and exhibiting in the Netherlands, the US, Georgia, Egypt and Serbia, she has demonstrated an ability to thrive and exchange knowledge in various cultural contexts. Her remarkable social fluency has led to further professional invitations in the arts, including admission to the Master in Art Praxis program 2015-2017 at the Dutch Art Institute in Arnhem, The Netherlands.

Zeru has already begun to make a name for herself as an international artist, but enrolling at the DAI would be constructive in a few key ways. Not only will study at the DAI give Zeru continuous and prolonged contact with artists and institutions based in Europe, but it will also strengthen her agency as an artist and role model in Ethiopia. Zeru is one of the founding members of the Netsa Art Village, an artist-run organization that carries out socially-engaged artwork, including workshops for vulnerable children in the city; her work with Olafur Eliasson’s Berlin-based Institut für Raumexperimente in connection with Netsa brought her in contact with Doreen Mende, one of DAI’s core tutors. The DAI Roaming Academy project “Travelling Communiqué”, spearheaded by Mende, brought 14 artist-researchers from DAI to Addis Ababa in 2014. Over her yearlong engagement with the DAI program and the two-week travel in Ethiopia, Zeru deftly managed logistical and practical matters related to the journey, and offered generous access to her large network of influential artists, institutions and educators in the city.

She has steadily produced courageous and critical work over the course of her young career, dealing with issues of urban development, migration and individual memory. Elizabeth W. Giorgis, Director of the Modern Art Museum: Gebre Kristos Desta Center in Addis Ababa, and artist Olafur Eliasson have both expressed their utmost confidence in Zeru’s practice; Zeru has been invited multiple times to travel to Berlin to collaborate with the Institut für Raumexperimente. Eliasson’s studio has begun to collect her work, though she does not yet have exclusive gallery representation. ArtEZ has offered support to Zeru in the form of the ArtEZ scholarship and the Holland scholarship.