'Quitte le Pouvoir’, a film by Machteld Aardse ( DAI, 2007) & Aida Grovestins in collaboration with the rappers of 'Y’en a Marre’, has been travelling to different festivals and other places for screenings. 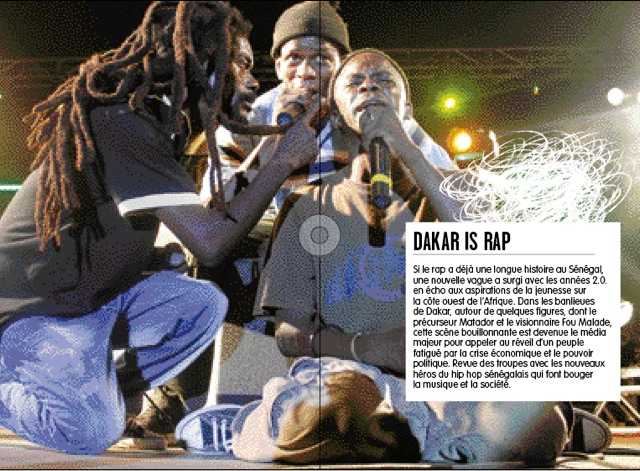 We are happy to share that since the official premiere of our documentary film 'Quitte le Pouvoir’ in Cinema Rialto in Amsterdam (August 2014), our film has been travelling to different festivals and interesting places for screenings. Often the rappers of 'Y’en a Marre’ have been present. A selection of the past and coming screenings:

- September 2014 - 'Quitte le Pouvoir' has been nominated for the Freedom Award, at the 6th Passion for Freedom Festival in London.

- September - screening for the staff of the EU delegation in Dakar, Senegal

- November - screening at 'Africa day' in the Tropenmuseum in Amsterdam, organized by the Max van der Stoel Foundation.

- December - Dakar, screening & debate in G Hip Hop Centre in Guediawaye, one of the biggest and poorest suburbs of Dakar, with Cheikhou Diarra and Malal Talla

- March 20 2015- Screening for young activists and bloggers in Burundi, in the context of the coming presidential elections in Burundi

- April 9 - screening in Fresnes, the second biggest prison of France for a public of 150 prisoners. with rapper Fou Malade of Y'en a Marre as animator and debator.

- May 20 2015 - third screening QLP / 'Wade get out!' in Freedom Festival in Luala Lumpur, Malaysia, with as . topic 'films that combine art and activism’. Freedom Film festival 2015 in Malaysia (third screening)

- June - screening at FilmInitiativ in Cologne: 2-day congress with focus on the uprisings in Senegal (2012) and Burkina Faso (2014) www.filme-aus-afrika.de , www.filminitiativ.de