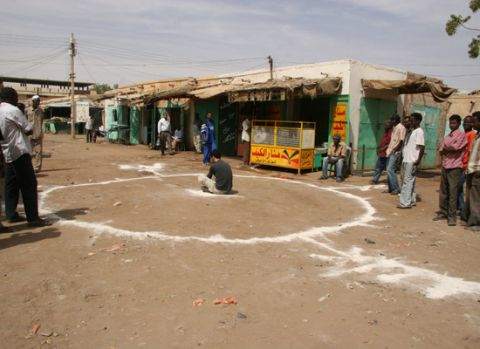 In recent years, the Dutch Art Institute has responded to its own, relatively isolated, position in Enschede in the east of The Netherlands by developing an international cultural network with organizations and artists at the very beginning of their careers. These energetic, inquisitive and (despite their sometimes complicated conditions for art production) highly enterprising partners are the backbone of ‘Here as the Centre of the World’, which is the outcome of a shared vision of productive creative collaboration.

Here as the Centre of the World is a transnational artistic research project for young artists from Taipei (Taiwan), Damascus (Syria), Beirut (Lebanon), Khartoum (Sudan), Diyarbakir (Turkey) and Enschede (The Netherlands). It was launched in the spring of 2006 and consisted of 6 workshops, a conference and the publication of a book. Around 70 artists in total have been involved in the roving collaboration.

Here as the Centre of the World was an initiative of the Dutch Art Institute and the COMMON PROJECT Foundation in Enschede, facilitated by the National Taipei University of Education, the NIASD in Damascus, Zico House in Beirut, and the ANADOLU KULTUR in Diyarbakir.