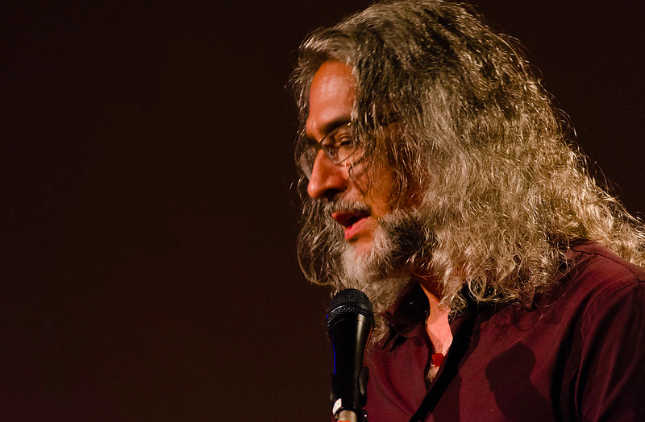 tags: Montreal, Arnhem
Brian Massumi is professor of communication at the University of Montreal. He specializes in the philosophy of experience, art and media theory, and political philosophy. His most recent publications include The Power at the End of the Economy (2015), What Animals Teach Us about Politics (2014) and Thought in the Act: Passages in the Ecology of Experience (co-written with Erin Manning; 2014). He is also the author of Semblance and Event: Activist Philosophy and the Occurrent Arts (MIT Press, 2011) and Parables for the Virtual: Movement, Affect, Sensation (Duke University Press, 2002). His translations from the French include Gilles Deleuze and Félix Guattari’s A Thousand Plateaus. With Erin Manning and the SenseLab he participates in the collective exploration of new ways of bringing philosophical and artistic practices into collaborative interaction, most recently in the frame of the "Immediations: Art, Media, Event" international partnership project.

Brian Massumi will come to Arnhem on June 18 and June 19, 2015 for a closed seminar and some tutorials as part of the project AFFECTIVE IMAGES: How Public Images Produce Affect In A Digital Age
On Thursday-evening June 18 Brian Massumi will give a public presentation entitled Virtual Ecology and the Question of Value
Location: the DAI's auditorium in the Kortestraat in Arnhem.