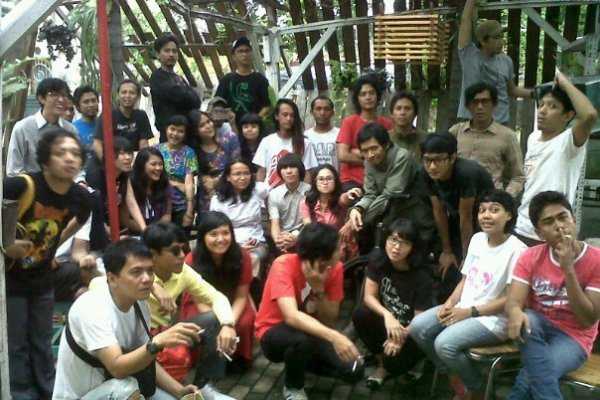 image: some of the 38 members of ruangrupa

In 2014 and early 2015, together with Ute Meta Bauer, Jurgen Bey, Jan Boelens, Fulya Erdemci, Hicham Khalidi, Kasper König, Natasa Petresin-Bachelez and Barbara Visser, DAI's director Gabriëlle Schleijpen was part of the jury invited by the Sonsbeek International Foundation to select the curator for SONSBEEK 2016. DAI is intensely pleased with the city of Arnhem's bold decision to follow the jury's invigorating and topical recommendation to appoint the Indonesian collective ruangrupa as the next curator/artistic director of this prominent event.

Ruangrupa is a collective from Jakarta (Indonesia) consisting of more than forty artists, curators, architects, writers and historians. Central to ruangrupa’s practice is an exploration into the right to the city, citizenship and communal usage of (public) space. The collective is known for extensive research projects concerning urban large scale (re)development, whereby they connect public space, citizens and art. This has lead to a unique approach and practice that has travelled from Jakarta to other cities in Indonesia, as well as to Istanbul, Sydney and Sao Paulo.

DAI is eagerly looking forward to a year of energetic trans-action between Arnhem and Jakarta.

Ruangrupa is supported by Arts Collaboratory

Ruangrupa researches shared history Indonesia and The Netherlands ( while in residency at Casco in 2009). 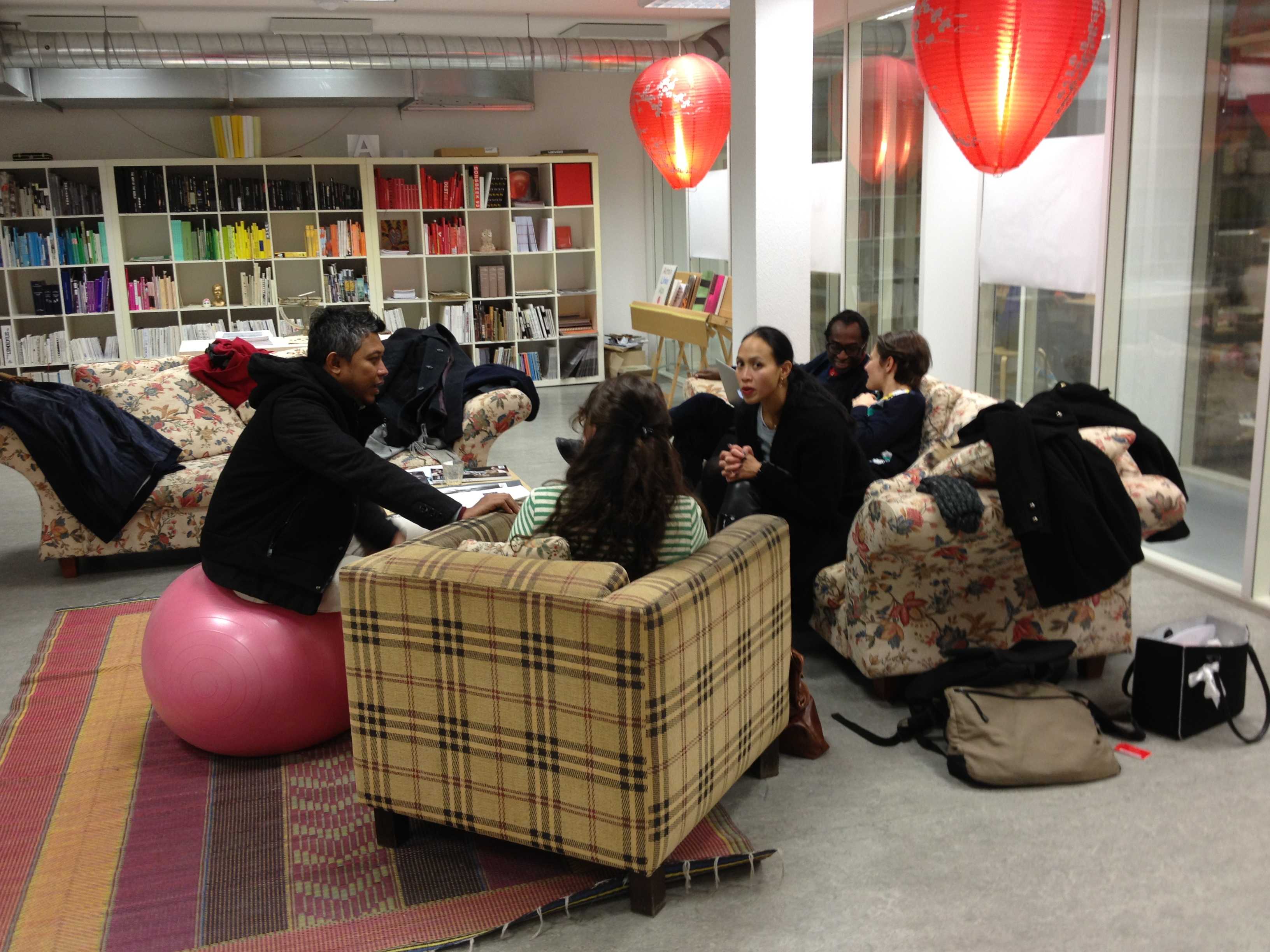 Ade Darmawan in the DAI's Reading Room together with the Sonsbeek Foundation's managing director Tati Freeke-Suwarganda. In the background on the couch, 2014-2015 DAI-tutors  Kodwo Eshun and Doreen Mende.