Monday January 19 at 20:00 ~ David Panos : Picturing Real Abstraction. Invited by Marina Vishmidt in the context of her seminar Speculation as a Mode of Production, or: What Problems Can We Decide In This Room ? 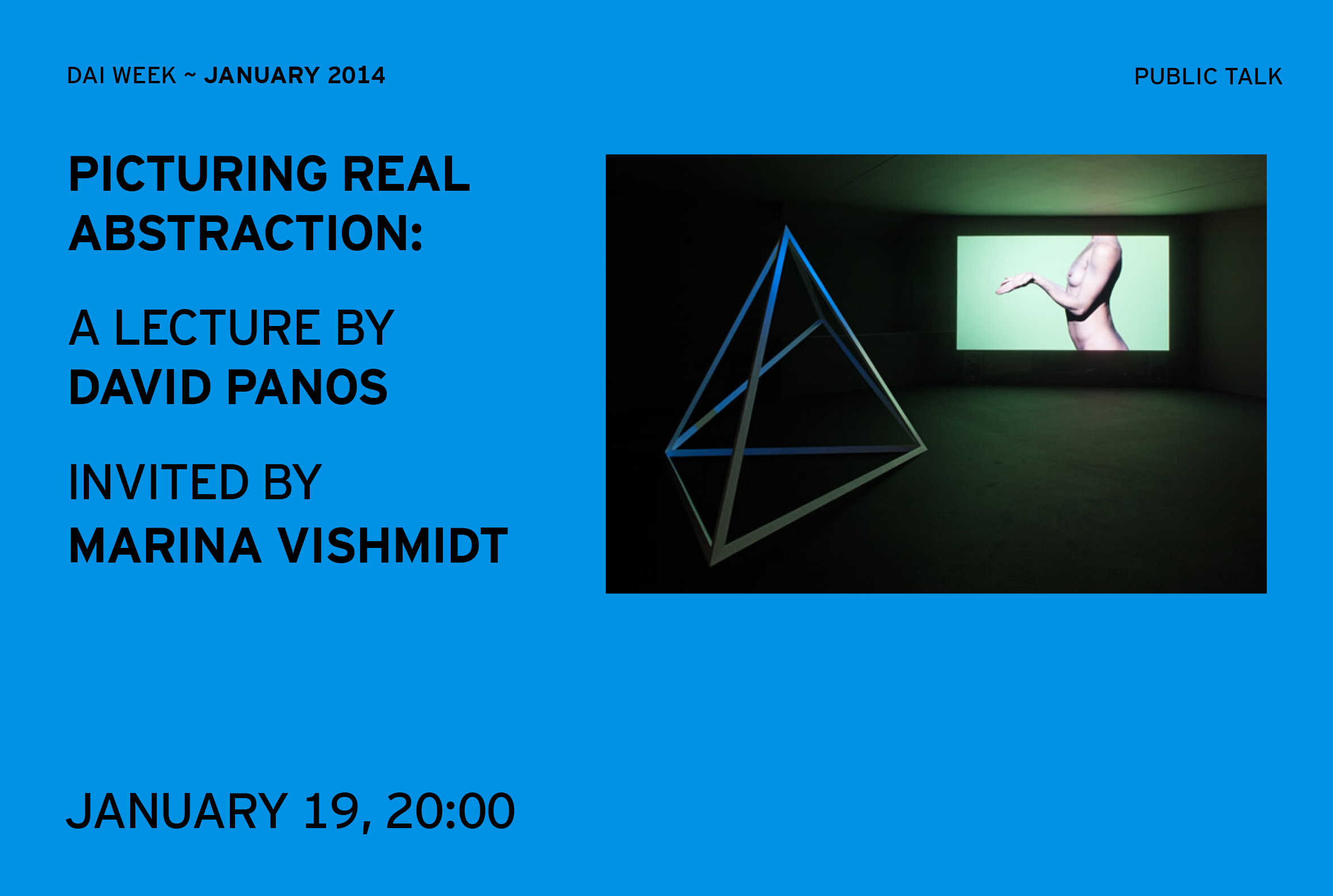 David Panos' collaborative and solo work with video and installation has regularly returned to the impact of commodity exchange and financialisation on our perception and experience. In this lecture he looks at two past films that address these themes and also discusses his most recent body of work where he works with green screen techniques and assemblages.

David Panos is a London-based artist who produces films, installations and music sometimes in collaboration with Anja Kirschner. The duo were the winners of the Jarman Award in 2011 for their long form works that collide pop culture references, historical research and literary tropes and explore the relation of art and culture to political economy and power. His recent work has focused on green screen technology, sculpture and performance, exploring digital video as a medium of abstraction. Recent exhibitions include The Dark Pool, Albert Baronian, Brussels (2015), Hollybush Gardens London (2014), Ultimate Substance, Seccession, Vienna (2012), Extra City, Antwerp (2013) and Neuer Berliner Kunstverein, Berlin (2013). Recent Group exhibitions include Acting Truthfully Under the Circumstances, Tenderpixel, London (2014) The Magic of the State, Lisson Gallery, London (2013), HELL AS, Palais de Tokyo, Paris (2013) and Liverpool Biennial, FACT, Liverpool (2012). He is represented by Hollybush Gardens.

More about Marina Vishmidt's seminar Speculation as a Mode of Production, or: What Problems Can We Decide In This Room ?