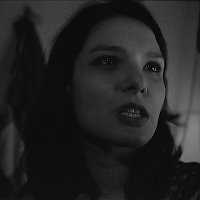 Vesna Madzoski is an independent theoretician and writer based in Amsterdam. She holds a PhD in Philosophy from the European Graduate School, Switzerland.

Since 2006 she is a member of the artists' initiative Public Space With A Roof with whom she had made numerous exhibitions and projects in Amsterdam and internationally (at SMART Project Space Amsterdam, Austrian Frederick and Lillian Kiesler Private Foundation Vienna, Centre Pompidou-Metz, France).
She had initiated and organized various contemporary art events and as a lecturer had given talks in different venues and occasions, from Studium Generale of the Rietveld Academy Amsterdam, Trondheim Art Academy, ICI Culturlabur Berlin, Expodium Utrecht, Leiden University Institute for Cultural Disciplines, Kunsthaus Bregenz, BAK Basis voor Actuele Kunst Utrecht, ZMO Berlin, De Appel Arts Centre Amsterdam, Stedelijk Museum Amsterdam, and Jan van Eyck Academy Maastricht.
She also worked as a co-curator at SKOR – Foundation for Art in Public Domain Amsterdam and in the period 2000-2004 was a managing editor of the Belgrade-based Prelom Magazine. She has published numerous texts and essays in various international publications.

Her latest book on the history and theory of curating "DE CVRATORIBVS. The Dialectics of Care and Confinement" (2013) served as an inspiration for the last exhibition project of young curators at De Appel Curatorial Program and was recently promoted at the Art, Culture and Technology Department at the MIT Boston and MINI/Goethe-Institute Curatorial Residencies Ludlow 38 in New York.