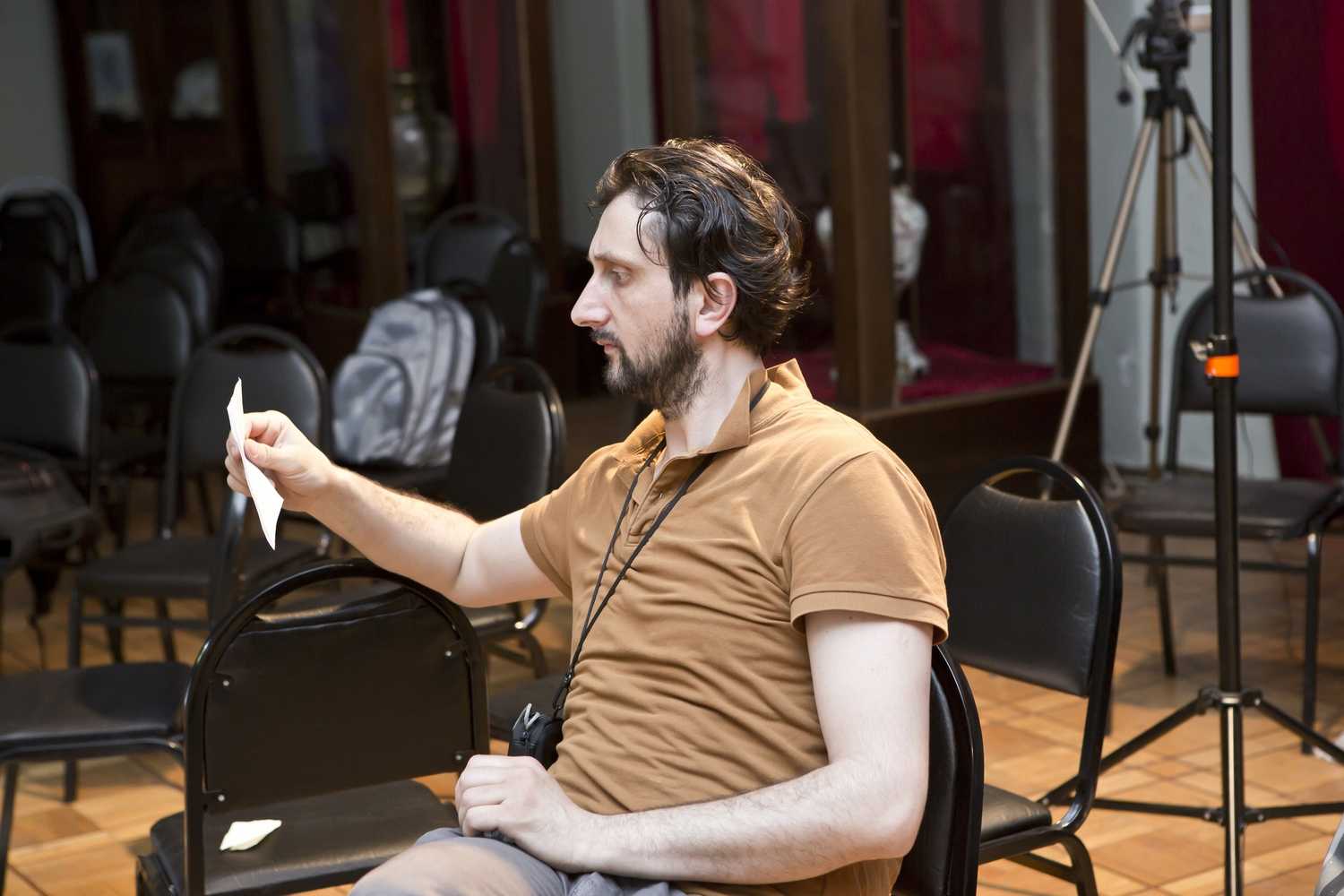 Lado Darakhvelidze, born 1977 Kutaisi, Georgia, lives and works in Arnhem, Netherlands. He is a 2010 graduate of the Dutch Art Institute (DAI).

Lado Darakhvelidze's artistic practise focuses primarily on the phenomena of information media and their sociopolitical impacts. In his work he deals with social and political changes and represents these in personal narratives. In work he reflects on the transitions and relocations of national symbols in post-communist countries, expanding the political to encompass mythology, history, and storytelling. Darakhvelidze's work has been shown at the 11th Istanbul Biennial What keeps mankind alive (2009), Biennale Cuvee, Linz (2010), The Kitchen / CEC Artslink New York's One Big City (2013) and Manifesta 10, St Petersburg (2014) among others. In 2012 Darakhvelidze joined the Artist Pension Trust.

Marianna Maruyama speaks with Lado Darakhvelidze ~ “When you are running with fire and you want to bring fire to people you can’t hide it.”

In 2016 DAI commissioned a temporary installation by Lado Darakhvelidze.