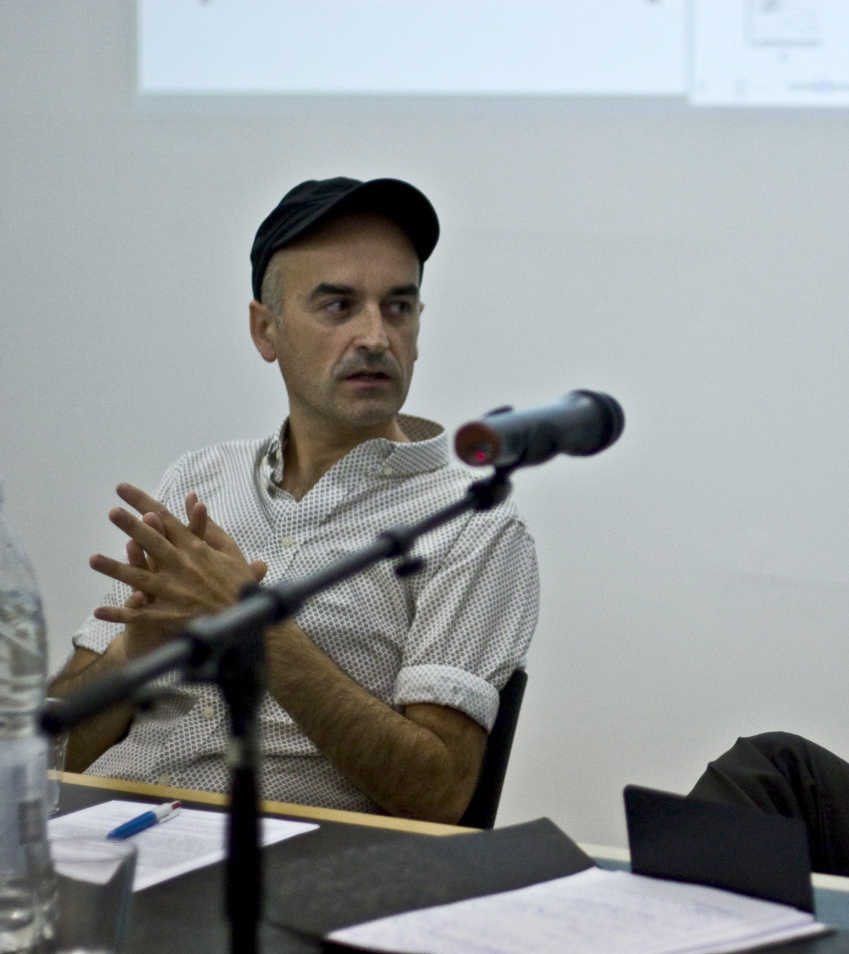 Jon Mikel Euba (Amorebieta, 1967) is an artist based in Bilbao. His work is grounded in drawing, as a procedure, and sculpture, as a program resolved in diverse media. Since the late 90s, he completed a number of residencies in Arteleku, San Sebastián, (1994-1995), Künstlerhaus Bethanien in Berlin (2000-2001), Re:location Academy in Luxembourg (2004), Platform Garanti in Istanbul (2005) and Vrije Ruimten Zuidas in Amsterdam (2008), where he developed a particular system of production through an 'economical technique' which has guided his practice since. This search, which he also considers a form of resistance, requires processes that involve other people, in which Euba plays the role of a mediator or filter.

From 2006 on, continuing his performative work in other media, he developed a series of performances whose result condensed in the Re:horse series at MUSAC in León (2006), Flacc in Genk (2006), Festival a/d Werf in Utrecht, De Appel (Lecture on Re: horse) (2008), in Stedelijk Museum Bureau Amsterdam (2009) in Amsterdam, Project Arts Centre in Dublin (2009) El Farol Auditorium in Valparaiso (2010), and in Transcoding Re: horse at the Van Abbemuseum, Eindhoven (2010), for which he developed a didactic approach for different participants with whom he collaborates.

In 2010 he, Txomin Badiola and Sergio Prego devised the experimental pedagogical project “Primer Proforma 2010. 30 Exercises, 40 days, 8 hours a day”. In 2015 together with Itziar Okariz, Asier Mendizabal and Sergio Prego carried out the school project Kalostra in San Sebastian. He has been core tutor of Action Unites, Words Divide (On Praxis, An Unstated Theory) II in the Dutch Art Institute in Arnhem during three years.

In 2017 he published Writing Out Loud that brings together the transcriptions of eight lectures created by Euba during the course Action unites, words divide (On praxis, an unstated theory) at the Dutch Art Institute across the academic year 2014 – 2015. The resulting texts sit within a larger writing-centred project by the artist, which he has been pursuing for almost a decade, with the aim of defining a form of praxis that could evolve into a technical theory.