Liverpool 2014: The 8th Biennial Exhibition, A Needle Walks into a Haystack, is curated by Mai Abu ElDahab and Anthony Huberman. Featuring Judith Hopf, Jef Cornelis, Rana Hamadeh (DAI,2009) and others 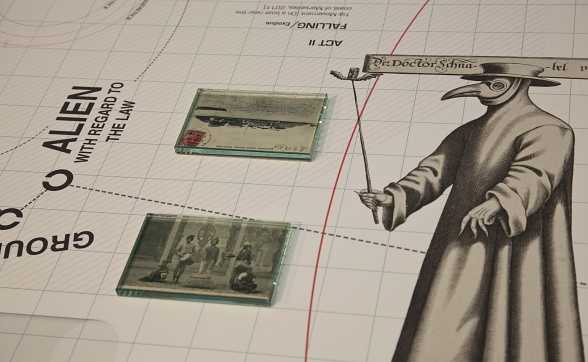 Welcome to Liverpool Biennial 2014.  It includes a group show at The Old Blind School, James McNeill Whistler at the Bluecoat, Sharon Lockhart at FACT, Claude Parent at Tate Liverpool and Jef Cornelis at St. Andrews Gardens. Also featured as part of Liverpool Biennial 2014 are the John Moores Painting Prize, Bloomberg New Contemporaries, a group show at Open Eye Gallery and Adrian Henri at LJMU's Exhibition Research Centre (Partner Exhibitions). In addition, there will be work by artists and curators throughout the city.

A Needle Walks into a Haystack is an exhibition about our habits, our habitats, and the objects, images, relationships and activities that constitute our immediate surroundings. It's about effecting larger questions facing contemporary life and art, from an intimate and tangible scale that's within everyday reach. The artists in this exhibition disrupt many of the conventions and assumptions that usually prescribe the way we live our lives. They attack the metaphors, symbols and representations that make up their own environment, replacing them with new meanings and protocols: bureaucracy becomes a form of comedy, silence becomes a type of knowledge, domesticity becomes a place of pathology, inefficiency becomes a necessary vocation, and delinquency becomes a daily routine.

Rana's works (partly commissioned by the Biennial) are on show at

Notable is furthermore a selection of films and weekly programmes curated by Koen Brams, featuring many works by Belgian television director Jef Cornelis whose report about Sonsbeek Buiten De Perken 1971 we have recently screened at the DAI.